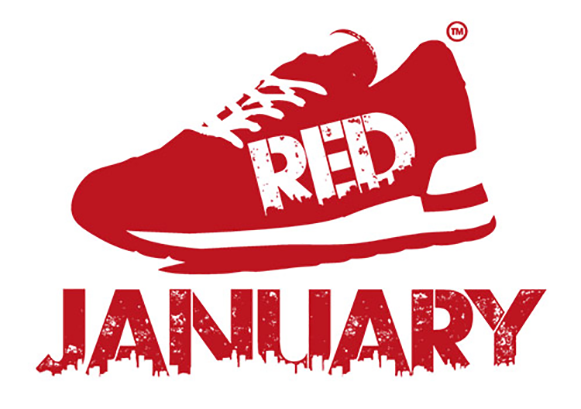 The tightening of tier restrictions followed by the onset of a third national lockdown has hit hockey clubs across England hard. Leagues and competitions have ground to a halt, despite the best efforts of everyone to keep things going; holiday camps have had to be cancelled; training has ceased. In a stark message to its clubs, England Hockey issued the following message: “In light of new restrictions we’re sad to confirm grassroots and club hockey must be suspended for the foreseeable future.”

But, as with the hockey community across the globe, club members in the UK are a resilient bunch and soon replacement activities were springing into action.

With snowy weather hitting much of the UK, Knole Park Hockey Club – one of the newest clubs to be formed in England – posted pictures of hockey-stick wielding snowmen built by the club’s junior members. At Ipswich Hockey Club, the coaching staff have put together a series of Lockdown 3 challenges, a number of skills challenges that members can all participate in at home.

While there are a whole plethora of similar fun activities circulating on social media, many hockey clubs have taken the lockdown period as a chance to review their club policies and general ethos.

One such club that has taken the chance to dive a little deeper into that sense of togetherness within a club, is Old Loughtonians. The club is using social media to engage with the club members on both short-term campaigns and to form a strategy to drive long-term changes within the club.

It is a process that started last Autumn, but which has gathered pace in recent months. At Old Loughtonians Hockey Club, a committee of eight people from across the range of club members has been formed with a brief to develop a positive culture around the club – focusing on equity, diversity, inclusivity and belonging.

Matt Smylie is one of the committee members and he explains that there are some things that are taking place immediately, while others will take a little longer to put in place.

“We have launched Red January within the club,” he says, “which is already gaining traction, with more than 30 people signed up.”

Red January is a mental wellbeing sports initiative that encourages people to get active every day throughout January. At Old Loughtonians, the club has encouraged members to download a Strava app that records time spent exercising and the amount of energy expended. The club members are signing up to a club challenge to log the most energy spent - whatever the activity.

“We knew we wouldn’t get a full uptake because it is a new idea but hopefully it will provide a foundation for future campaigns,” says Matt. “We didn’t want to set a challenge that was too specific because people have different needs and do different activities. So our elite players might decide to join in a ‘fastest five kilometre challenge’, but other members might concentrate on overall distance or time spent exercising. We have one member who is doing a series of HITT routines and dance classes, which all count.”

As Matt says, “even if it helps one person, it is worth it.”

Another immediate action the committee has launched is a survey to all club members. The survey will provide the benchmark for future work by seeking to explore what people think of the club, its policies and how it deals with issues such as discrimination, exclusion and bullying.

Even before the results of the survey are in, the club is setting up an anonymous hotline where people can email in their concerns.

In the coming weeks and months the club is running education courses for coaches and umpires that look at things such as unconscious bias within the sports environment. The club’s education policy will be exploring a number of ways to spread the message of diversity across its membership. For example, one club member, Karen Sticher, is the CEO of a Learning and Development company and will be working with club members to allow them to deliver diversity and inclusivity training.

A problem highlighted earlier in the year was the lack of hockey being played in state schools across England. To address this problem, Old Loughtonians will be launching a series of outreach programmes in local state schools. And chair of the group, Simon Beckley, is hoping to re-ignite a partnership with Arsenal Football Club. In this programme in recognition of the shared skills and games awareness between the two sports, Arsenal Foundation coaches signpost children to the hockey club. Former England international Darren Cheesman is a success story from this partnership in its previous iteration.

Also, from the start of next season, the club’s youth teams will be presented with a talk on expected behaviours and club values. The ambition is quite clear, Old Loughts want to become a beacon club for inclusivity and diversity.

“In some ways the lockdown has afforded us new opportunities”, says Matt. “It has slowed things down. Two of our committee members, Gurmit Dhillon and Bob Narwal, are coaches,  so they have been able to spend more time working with us on what needs to be done to make the playing and coaching environment more inclusive.”

“As a group, we are very energetic about achieving our aims and are delighted with club members’ early responses to make Old Loughts great both on and off the pitch”