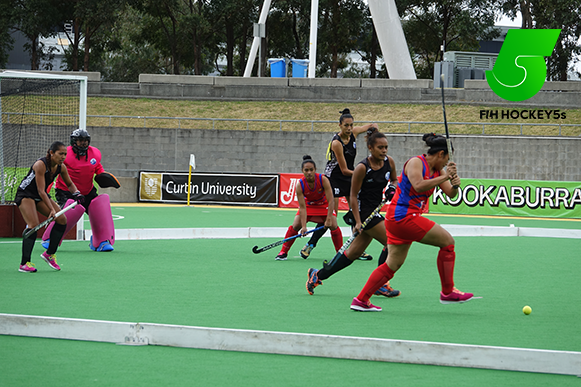 As Hockey5s gains momentum across the globe offering another exciting format of the game, the FIH Academy hosted its inaugural online Level One Hockey5s Coaching Course.

Leading the course were two exceptional hockey coaches and educators – Tsoanelo Pholo from South Africa and Mateusz Grochal from Poland.

Participants on the course represented the global community, with attendees coming from all five hockey-playing continents. The Level One Coaching Course took place over three days,which were spread over two weeks. Candidates were introduced to a wealth of information delivered by the two course leaders and then asked to deliver their own presentations on key topics.

We caught up with three of the coaches who took part in the coaching course with a view to developing Hockey5s within their own national association.

Barbara Von Foerster is an Argentinean hockey coach living and working in New Zealand. She praised the energy of the course leaders and the tempo of the course, although she added that, with the amount of information available, she would have liked more time to digest the course material. 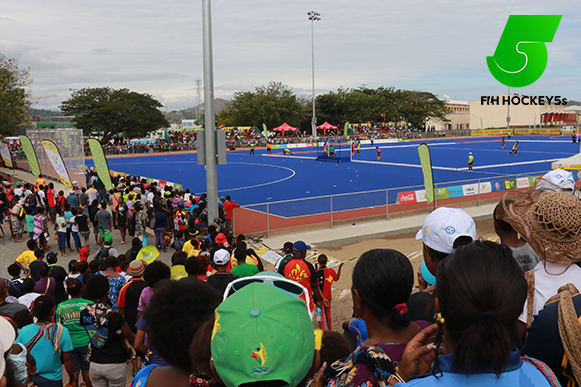 Von Foerster added that the course had provided some thoughtful insight into developing communication skills. “Coach Pholo was great at emphasising the importance of clear communications, not just when coaching but during presentations as well.

“For example, If I have been asked: what is the colour of this apple? I would probably have just replied green, red, yellow. Other people were answering with things like ‘the apples are on top of the fridge, there are 10 of them, some are ripe’. That really demonstrated the importance of being open-minded and realising there is always space to do things in a different way.”

For Von Foerster, one of the biggest advantages of Hockey5s will be for countries that are emerging as hockey-playing national associations. “It is a great way to develop skills and knowledge in countries where maybe not that many players are involved in the sport yet or where there are not many resources or turfs available.”

Genevieve Rowe is a South African hockey coach working in Hong Kong. She was delighted to be participating in a course that involved other coaches from across the world.

“These courses are always a wonderful mixed bag of coaches from around the world, so it’s always great to collaborate with and learn from each other. This is what I enjoy most from these courses.”

In Hong Kong, Rowe is seeking to establish Hockey5s within the overall hockey calendar of activities. She has already started to implement Hockey5s within various youth groups. In the future, Hockey5s will be introduced to schools and local communities.

“There are a mountain of benefits that Hockey5s can provide,” says Rowe. “At elite level it's essentially a small-sided game with more variations as the boards come into play. Tighter skills are required and fitness is paramount. Hockey5s could also make for a more rounded player as most players will need to be able to play all positions, with the exception of goalkeeper. For grass roots, it allows for a smaller number of players to have a game, which leads to more touches on the ball and more contribution from each player. And of course, Hockey5s can be played on most surfaces. This will allow for a further reach of the game.”

For Rowe, the ability to play on a range of surfaces is extremely important as she explains: “We don't have many hockey pitches in Hong Kong and, with other sports fighting to make use of the same facilities, it makes it tricky to get on the pitches. With the introduction of Hockey5s, this will open up the ability for us to introduce, teach and play the game on almost any surface. There are a lot of smaller concrete football pitches and basketball courts that can be used as well as school courtyards.”

In answer to people who suggest that Hockey5s may detract from the 11-a-side version of the game, Ireland’s Dwyne Hill has this answer: “It’s not taking anything away from indoor or the 11-a-side game but is actually complementing those formats.”

As Ireland Hockey Project Manager, Hill says: “I have brought Hockey5s to a national level meeting in Hockey Ireland, and I’m going to start playing Hockey5s with my own team and introduce it to local schools.”

And Rowe reiterates the ambition that underpins the format: “Hockey5s will allow for a greater reach and hopefully more players taking up hockey and enable us to continue with our mission to #growthegame.”

You can view our interviews with Mateusz Grochal and Tsoanelo Pholo on the FIH website.