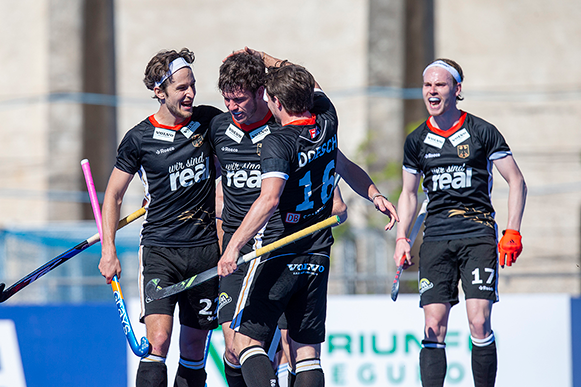 Lausanne, Switzerland: Whilst the Netherlands women and Belgium men remain well clear at the top of the FIH World Rankings, the various FIH-sanctioned matches that have taken place in 2021 has resulted in some interesting positional changes, despite the ongoing impact of the COVID-19 global health pandemic on hockey’s international calendar.

Since the previous news update in December 2020, the Netherlands (2772.08 points) have extended their advantage over second ranked Argentina (2235.59) from 457 to 536 ranking points, strengthening their hold on top spot thanks to two FIH Hockey Pro League victories against Germany in March. Germany (2153.30) remain in third position, bouncing back from their two defeats against the Dutch in Amstelveen by claiming a draw and a victory against higher-ranked Argentina in Buenos Aires at the start of April.

In the men’s FIH World Rankings, reigning World and European champions Belgium (2602.31 points) sit at the summit ahead of 2019 FIH Hockey Pro League winners Australia (2nd place - 2489.53). However, Germany’s recent fine form in the FIH Hockey Pro League – where they have recorded double away wins against the Netherlands and Argentina in recent weeks – has seen them climb from sixth to third in the standings.

Germany now have 2253.48 points, with the Netherlands (2232.55) and India (2223.45) – who claimed five FIH Hockey Pro League points from a possible six against Olympic champions Argentina in Buenos Aires at the weekend – in fourth and fifth place respectively.

We are delighted to report that following their FIH-sanctioned matches against Kenya in March, the men’s and women’s national teams of Uganda have secured places on the FIH Rankings table. Despite two defeats, Uganda women have achieved a ranking for the very first time, claiming a total of 77.35 points to sit 76th in the rankings. Uganda men claimed two victories over higher-ranked Kenya to achieve an FIH World Ranking for the first time since 2010, sitting in 91st position but clearly ready to make progress up the standings.

The rankings calculations model that FIH introduced on 1st January 2020 moved away from the previous tournament-based rankings system to a dynamic, match-based method where opposing teams exchange points in official, FIH sanctioned games. The number of points exchanged depends on the result of the match, the relative ranking of the teams and the importance of the match.

·       Based on the Elo rating system, which is used as the basis of many other sports ranking systems