The FIH Executive Board is the legislative body of the FIH. It meets three times a year and is made up of the President, the Chief Executive Officer and 14 members, five of which represent the Continental Federations and one that serves as the athletes' representative. 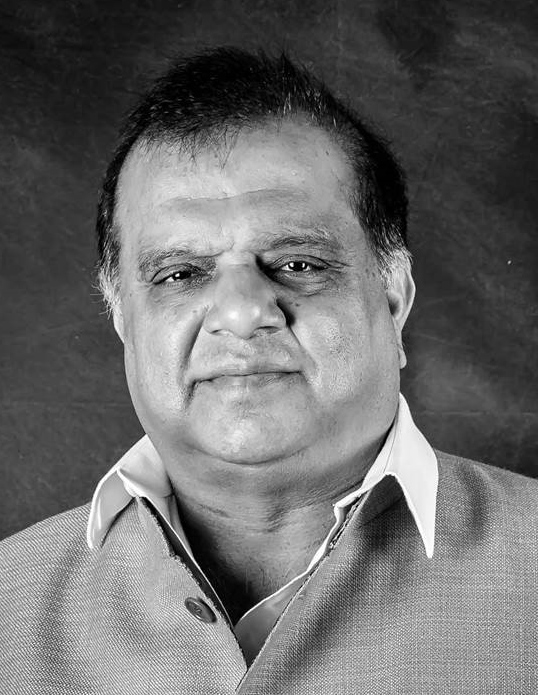 Dr. Batra was elected as FIH President at the 45th Congress in Dubai, United Arab Emirates in November 2016. He had been a member of the Executive Board since the 2014 FIH Congress in Marrakesh, Morocco and is the current President of the Indian Olympic Association (IOA). After his election as FIH President, Dr Batra stepped down from his roles as President of Hockey India (HI), Chairman of the Hockey India League (HIL) and Vice-President of the Asian Hockey Federation (AHF). In 2014, Dr. Batra was given the FIH President’s Award in recognition of his long and valuable services to hockey. In June 2019, Dr Batra was elected IOC Member. In May 2021, he was re-elected for a second term as FIH President. Dr. Batra’s favourite aspects of hockey are the speed and competitive nature of the game, stating that the sport always leaves you on the edge of your seat.

With more than 35 years’ of experience as an executive leader and a proven track record working at the highest levels of sports administration on the global stage, French national Thierry Weil is multi-cultural, multi-national and multi-lingual leader. His strong international reputation in the highest echelons of the sports industry has been cemented thanks to his executive roles at two companies – Adidas Global and, most recently, Fédération Internationale de Football Association (FIFA). The former ‘Vice President, Global Football Sports’ at Adidas and 'Director of Marketing' at FIFA believes the values and respect within all levels of hockey are unique, whilst new international events, including the FIH Pro League and the Hockey Series, present exciting opportunities for the sport. 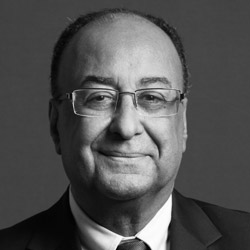 Seif Ahmed was a member of Egypt’s national team in 1968 and has a long association with the sport as both an umpire and a technical official. He has been Treasurer and now President of the African Hockey Federation (AfHF) and is a former member of the Egyptian Olympic Committee. Seif was given the FIH President’s Award in 1999 and the FIH Order or Merit in 2002 in recognition of his long, distinguished and valuable services to hockey. He joined the FIH Executive Board in 2004. Seif loves the speed of the game as well as penalty corner set-plays. 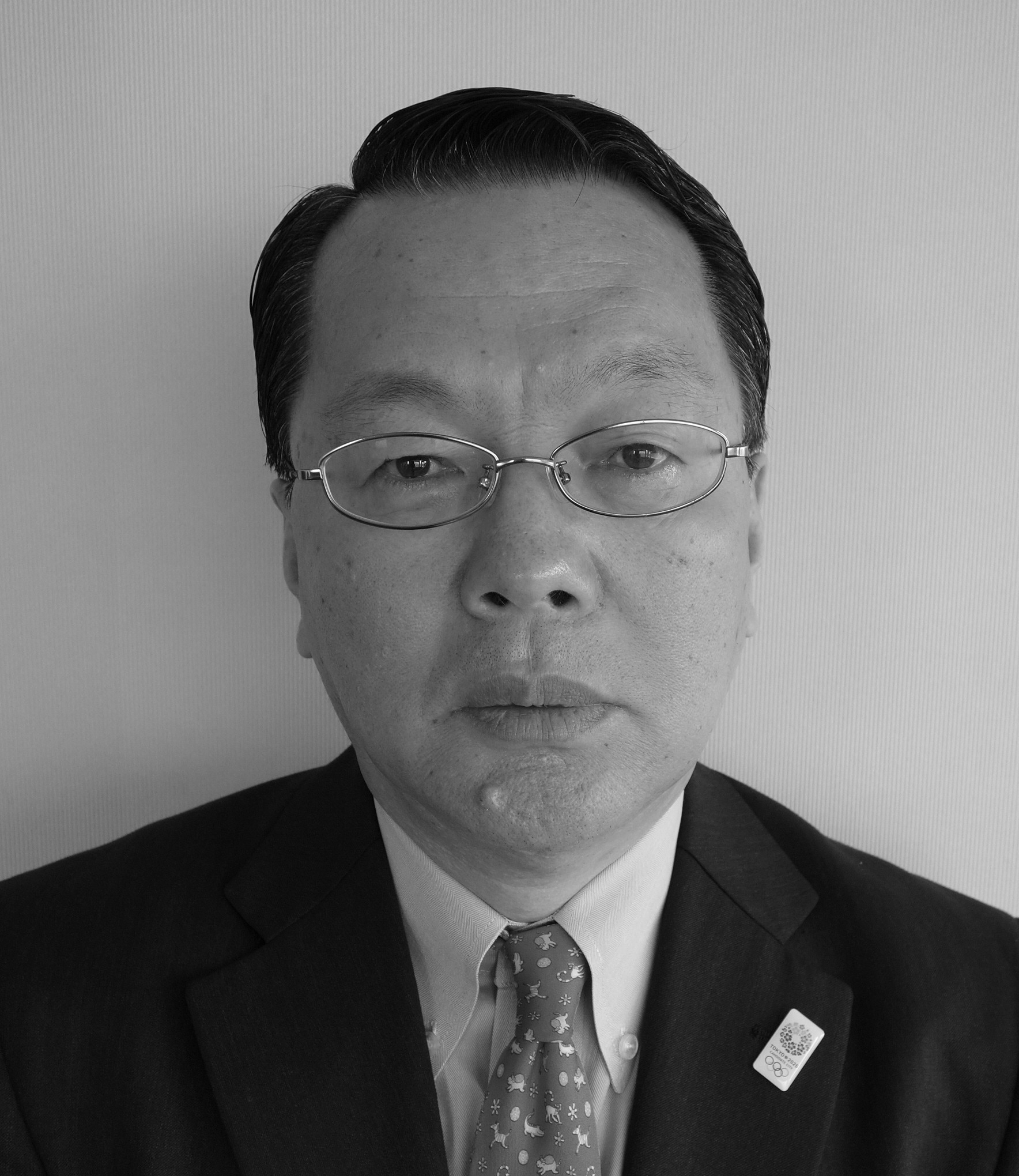 Elected on 22 February 2019 as the President of the Asian Hockey Federation (AHF) – therefore joining the FIH Executive Board as well -, Dato Fumio Ogura has been an international player and National Coach for Japan’s hockey team. He has been a long serving official of the Japanese Hockey Association (JHA) and also a core member of the AHF with more than 35 years of association with Asia’s hockey governing body. He has served FIH in various capacities; amongst others, he was member of the first FIH Development Committee and has served as the secretary of the FIH Development and Coaching Committee. Furthermore, Fumio Ogura is a Member of Olympic Council of Asia’s Rules Committee and the Deputy Executive Director, International Relations in charge of NOC & IPC Department for the Tokyo 2020 Olympic Games. 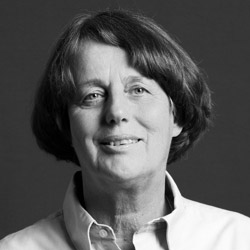 Marijke has been a member of the FIH Disciplinary, Competitions and Appointments Committees. She has been a Board Member and Vice President of the Royal Dutch Hockey Federation (KNHB) as well as being Vice President of the KNHB organizing committees. She was elected President of the European Hockey Federation (EHF) in 2011 - therefore joining the FIH Executive Board as well - and brings a wealth of knowledge to the Executive Board. Marijke’s favourite thing about hockey is that it is more than a sport; it is a lifestyle.

Clare won a silver medal at the 1990 FIH World Cup as a part of the Australian Women's team and has over 35 years leadership and high performance sport experience specialising in aligning strategy, values, people and performance. She was a Board member of Hockey Australia for nearly a decade serving as Vice President for over five years. Clare is a passionate coach and has a life long commitment to volunteering. She was elected President of Oceania Hockey Federation in March 2019, therefore joining the FIH Executive Board as well. She loves that hockey is team based and welcomes diversity - all ages, all genders, all cultures, all families - all welcome. 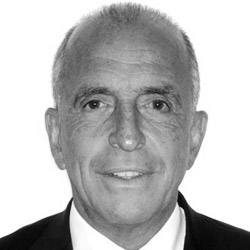 Alberto, also known as “Coco”, is a well-known face in Argentine and Pan American Hockey thanks to his tireless work in the region. He served on the FIH Competitions Committee before being elected President of the Pan American Hockey Federation (PAHF) in 2013, therefore joining the FIH Executive Board as well. He loves hockey’s ability to form healthy peer groups for young people, getting them involved in sporting activities from an early age. 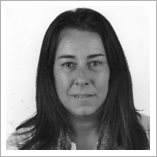 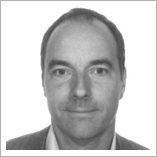 President of the Royal Dutch Hockey Federation (KNHB) and Member of the FIH Risk and Compliance Committee. Erik has been an FIH Executive Board member since 2016. He is a valuable addition to the EB from one of the world’s most successful hockey nations. The sport’s excitement and passion as well as the global friendships it creates are the standout qualities of hockey for Erik. 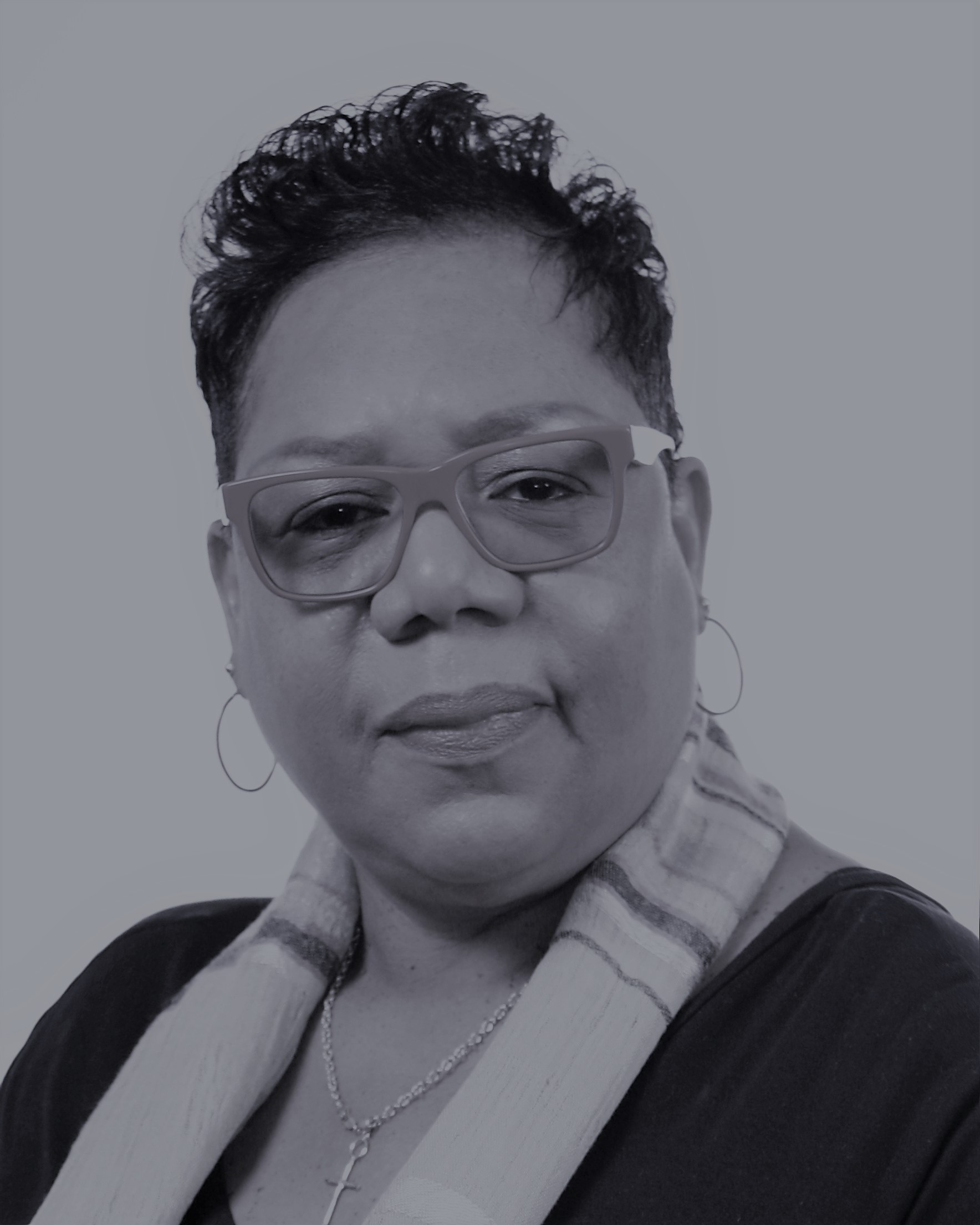 Maureen has been an FIH Executive Board member since 2014 and has over 30 years experience serving the sport in various administrative roles. She is Director and Vice President of the Pan American Hockey Federation (PAHF), a past President of the Trinidad & Tobago Hockey Board (TTHB) and a hugely experienced Tournament Director and Technical Official. Maureen loves that hockey caters for athletes of all ages on a competitive level as well as being an all-inclusive family sport. Maureen was re-elected to the FIH Executive Board at the 46th FIH Congress in New Delhi, India. 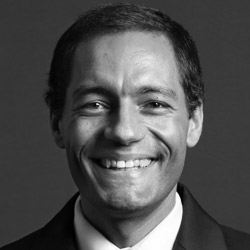 A former national team member for Germany and player for Harvestehuder THC in Hamburg, Michael competed at two Olympic Games and was named FIH Player of the Year in 2002. Michael was, until November 2016, Chair of the FIH Athletes’ Committee. He has been an FIH Executive Board member since 2016. Michael loves that hockey is a dynamic and innovative sport that generates friendships across the globe. He was re-elected to the FIH Executive Board at the 46th Congress in New Delhi, India. 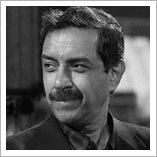 As a member of the International Olympic Committee Sport and Active Society Commission, the Association of National Olympic Committees Events Commission and the Athletes Commission and Coordination Commission of  the Olympic Council of Asia, the CEO of the Asian Hockey Federation has a long association with hockey and international sport. Tayyab has been a member of the FIH Development and Coaching Committee, FIH High Performance Panel and is a FIH Master Coach. He has been an FIH Executive Board member since 2016. The former Pakistan and China Coach believes hockey is pioneering in its inclusivity and universality. 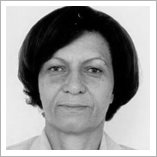 As Secretary General of the National Olympic Committee of Zambia, President of the Zambia Hockey Association and a former Executive Board Member of the African Hockey Federation, Hazel has extensive experience in African sport. She has been an FIH Executive Board member since 2016. Her passion for hockey has been lifelong, with its health and social benefits her key attraction to the sport. 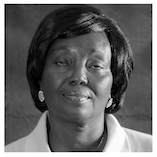 Elizabeth has a fine track record as a sports administrator and technical official in both her native Ghana and the Africa continent. She is Vice-President of the Ghana Hockey Association, and Treasurer of the Africa Hockey Federation (AfHF). Elizabeth served on the Women’s Commission for the Ghana Olympic Committee, which fights for female inclusion and participation at international events. Her contribution to the development of hockey in Ghana has been significant, playing a central role in the formation of a women’s hockey association with the aim to encourage women to play the sport. Elizabeth has been an FIH Executive Board member since 2018. 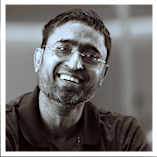 Widely recognised as one of the greatest hockey players in the history of the sport, Shahbaz made over 300 appearances for Pakistan and was named player of the tournament at both the 1990 World Cup in Lahore and the 1994 World Cup in Sydney, where he captained the Green Shirts to the title. He also claimed an Olympic bronze medal at the Barcelona 1992 Games. He has been an FIH Executive Board member since 2018. 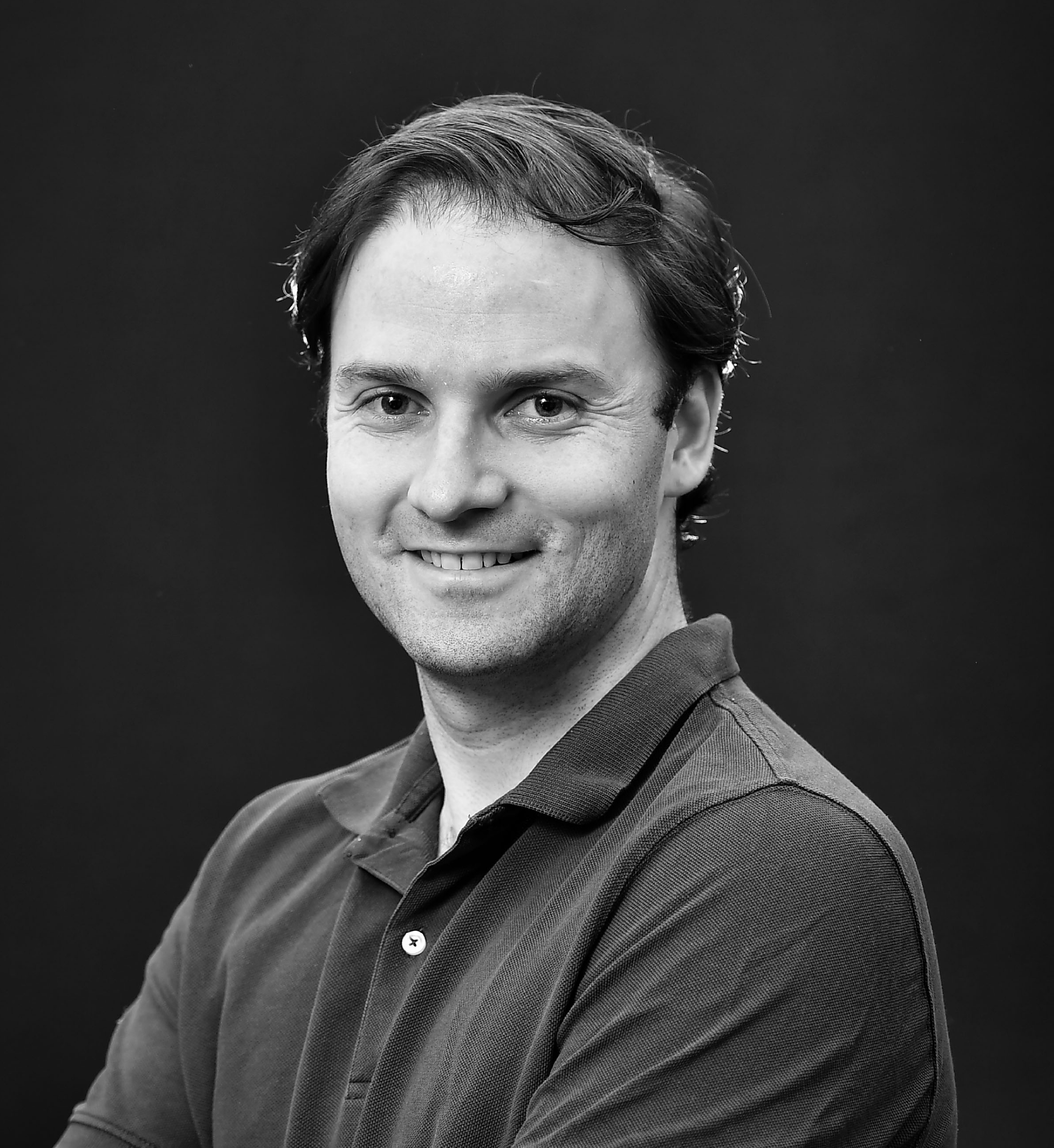 Rogier Hofman enjoyed a stellar international career with the Netherlands, earning 212 caps over nine successful years between 2006 and 2016. The versatile attacker won gold medals at both the 2015 European Championships and 2012-13 Hockey World League Final, as well as silver medals at the London 2012 Olympic Games and the Hockey World Cup 2014. He joined the FIH Executive Board in 2018, as Representative of the Athletes. Away from the pitch, Rogier created, amongst others, the Sport Helpt Foundation, which gives seriously ill children the chance to meet top level athletes from their favourite sport.