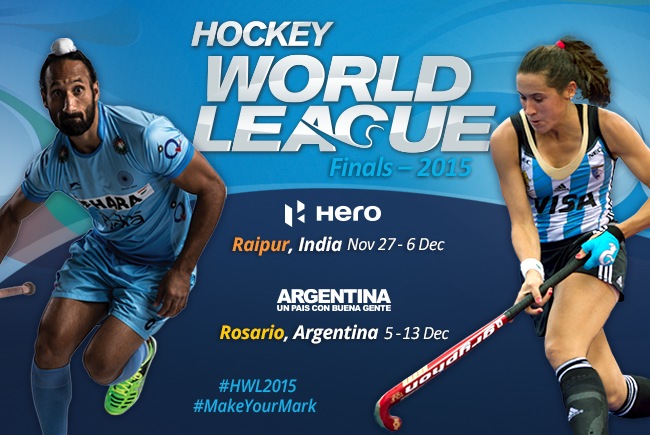 Are you ready to Make Your Mark?

The ongoing campaign for the Hockey World League is #MakeYourMark and it focuses on inviting everyone to get involved whether they are a fan, a player, a volunteer or an official. It is about testing boundaries and inspiring those involved to see how far they can go.

For the finals, FIH has provided the host nations (India and Argentina), participating teams and continental federations each with their own tailored ‘Branding and Promotion Resource Guide’ aimed at supporting them to bring a consistent and powerful marketing campaign to life at the local level.

The FIH’s aim is to ensure that each of these organisations has the tools and support necessary so they can make the Hockey World League Finals the best and most watched hockey event ever. There will even be a prize for the Continental Federation and participating team who makes the most noise.

The 2015 international #MakeYourMark campaign has a lot of excitement including TV commercials, online promotional films, fan competitions and written features. Each of these promotes the Hockey World League Final as well as hockey itself. Even if your team is not taking part, you can get your fans involved! Travel to the event, watch on TV or follow the event online. Watching top hockey teams compete to with the coveted Hockey World League title may just inspire your fans, both young and old!

We look forward to hearing some noise from your fans! Get involved & don’t forget to hashtag #HWLF2015 and #MakeYourMark. Be sure to share our countdown videos and spotlight series!