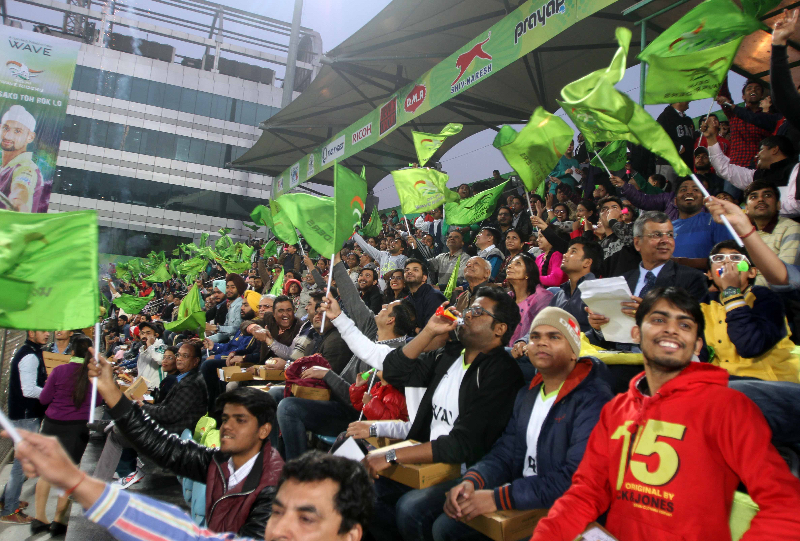 After three highly competitive seasons of the Hockey India League, their Governing Committee decided to introduce new regulations designed to make the competition more competitive and intense and therefore more exciting for the fans.

One of the most significant changes for the 2016 League was a new goal-scoring system which saw field goals given more priority than penalty corners, with two goals awarded for every field goal instead of one.

This regulation was brought in to encourage more skilful and tactical hockey, with the world's best players showcasing their hockey skills to score more goals through open play rather than relying on penalty corners.

The two-goal experiment was met with great enthusiasm amongst players and fans. It changed teams tactical approach to matches as they looked at ways to make the most of open play action.

Spectators were treated to more flair and skill as players pressed for field goals, while the drama and intensity of each match was consistent throughout. The new regulations certainly added a new dimension to the game, with something in addition to a single goal on offer at any point during the match.

While some of the scores were bigger, the games remained tighter and could turn at any moment as every team had the chance of scoring two goals with one strike from open play. A team could be 2-1 down with 30 seconds left and remarkably the losing team could turn the game around by scoring a single field goal to take two and win the game.

Speaking about the rule changes, German Olympic gold medallist Moritz Fürste, who played for the Kalinga Lancers, said: “I really like the two goal rule. I think it’s a very good thing for our sport."

He continued: "In other sports, those “goals” that are more difficult to score are worth more points. In hockey, it is harder to score a field goal and should be worth more.

"The two goal rule definitely effects the way of thinking during a game especially in the last 10 minutes - it changes things. We only saw one draw in 30 matches here at HIL and that’s a good thing. We had a lot of situations with just a few minutes to go and a team had a penalty corner and tried to win the game by deciding to try for a two goal conversion. That makes it more interesting”

While the importance within the scoreline of penalty corners was reduced, this did not come at the cost of the joy and celebrations that accompanied scoring a penalty corner. It also meant that the top scorer in the competition was not the player who scores all the penalty corners, but someone who has scored a number of goals from open play, which counted for two goals.

Whilst there are no plans to introduce such regulations into international hockey, the International Hockey Federation are pleased to see such innovations trialled as National Associations continue to look at dynamic ways to engage and inspire the next generation.