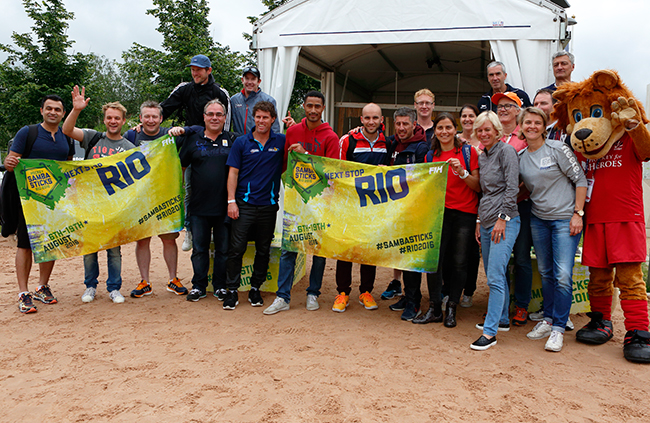 Extra activities for fans made it a great day out for fans in London Photo: FIH/Getty Images

Those who attended were treated to a bold, loud and hugely entertaining event.

In addition to the world class hockey on display, an extensive fan engagement programme was undertaken in and around the venue during both events.

Food stalls with cuisine representing all of the participating teams; shops selling hockey goodies; activities where fans could test their hockey skills or places where friends could meet for a drink and a discussion about the matches they have just seen, all added to the carnival atmosphere created by hosts Great Britain Hockey in cooperation with the International Hockey Federation (FIH).

Here are the top 10 things that fans at Lee Valley Hockey and Tennis Centre were able to do during breaks from the action on the field:

To find out more about all of this activity, visit the official event website by clicking here.