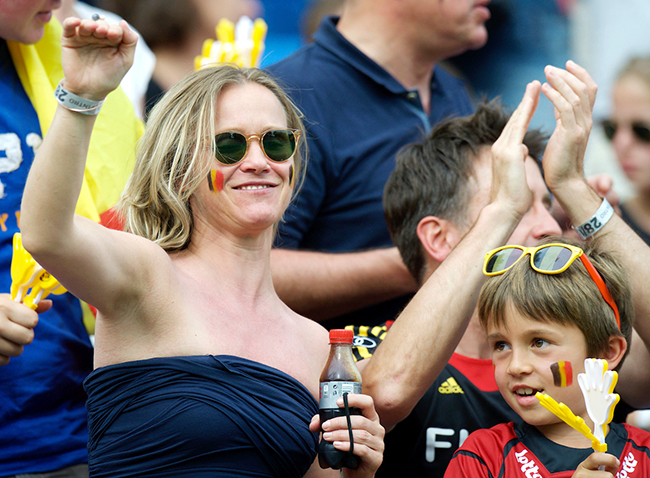 The Hockey Champions Trophy is the hockey world’s entertainment showpiece - a prestigious event that demonstrates the true glamour of hockey, featuring only exceptional international teams.

The men's and women’s events will take place in London's Queen Elizabeth Olympic Park at Lee Valley Hockey & Tennis Centre, a little over a month before the Rio Olympic Games. It will therefore be a truly fitting stage for hockey to begin the Olympic festivities at yet another milestone event celebrating the London 2012 Games legacy.

Hosts England Hockey are Hockey Revolution role models, embracing many elements of the FIH's strategy aimed at making hockey a global game that inspires the next generation.

One of the four big goals is to develop innovative and exciting entertainment events which has been at the forefront of the host’s mind when planning for these events.

England Hockey's focus has been on creating big, bold, packed and loud events, with their efforts focussed on selling out the 5,000 capacity venue for all weekend sessions.

As part of their strategy they have split the weekend days into two session of two matches, giving more fans the opportunity to take in the action, particularly school children.

Their marketing activities have focused on attracting fans using the pull of world class hockey in the iconic Olympic Park setting. They have been busy targeting hockey clubs, sports fans and general Olympic fans as well as enticing families for a day out.

A particular focus will also be centred on attracting London's expatriate community along to the matches, while local finance workers will be targeted for hospitality packages.

England Hockey have also launched a schools programme which will focus on bringing thousands of kids along to the venue, with a view to inspiring the next generation as they take in the world class hockey on display.

On days where they do not reach capacity crowds, fans will be funnelled into areas facing the TV cameras with a view to creating the effect that the venue is packed out to ensure the matches look great on TV.

The overall presentation of the events are being developed to ensure the games look amazing for fans in stadium and watching on TV.

Several successful initiatives trialled at the Hockey World League Finals late last year will be integrated into this year’s Hockey Champions Trophies. One of such currently being discussed is the use of pyrotechnics to ensure all of the teams receive the big entrance that they deserve at the start of the matches.

Other entertainment factors are also being developed with the aim of making a big, bold and loud atmosphere throughout the events.

Fans are key to making the event a success. In London, fans will be engaged both in and around the stadium.

DJs and MCs will keep the atmosphere exciting and crowd jumping with music and information in the build up to and during the matches.

Whilst the music alone will be loud, fans will also be equipped with some other free, fun instruments to make some noise.

Around the stadium, visitors will get the chance to shop, try hockey and enjoy a wide variety of food and drink from each of the participating nations.

FIH will also be looking to engage fans with some social media activities to make sure they are sharing their attendance and encouraging more fans to join in the fun.

Currently FIH are looking at fan photo booths where visitors can create videos and photos of their hockey experience at the Hockey Champions Trophy – watch this space!

For more information about the Hockey Champions Trophies in London, visit the official event websites by clicking here.