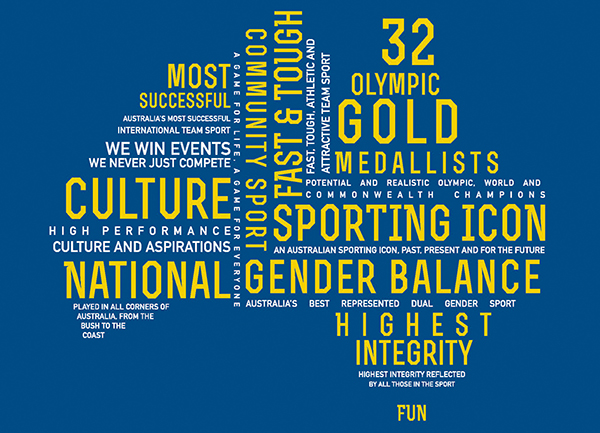 As part of its strategic plan, 'Hockey’s Winning Edge: 2014-2018', Hockey Australia (HA) set itself the target of diversifying and growing its revenue streams with an emphasis on achieving commercial income of 50% of its overall revenue. They have set out to achieve this by implementing a new events strategy, spreading international content and linking with new commercial partners.

HA has redefined its events strategy, moving away from a ‘rotational’ model, that saw Australian Championships hosted by each of its eight member states and territory associations in turn. The new model for international content – tests and tournaments - is led by HA’s commercial operations, supporting high performance needs.

At the same time, HA is working hard to spread its international content more widely. The national teams – the Hockeyroos and Kookaburras – will be travelling to locations outside of their traditional home base in Perth, providing more opportunities for fans to cheer on the teams.

“This subtle shift is critical to developing a calendar that is built in collaboration across the entire organisation’s key functions equally, and is done proactively with longer lead times,” said Hockey Australia Chief Executive Cam Vale.

“Better planned events allow us to drive a broadcast partnership and build a stronger, more sustainable fan base.”

Central to the early success of the new model have been the agreements that HA has struck with a number of tourism and events partners.

“By striking multi-year arrangements, we are building more certainty around our events calendar, which in turn is helping us in our discussions with broadcasters, commercial partners and opposition teams,” explained Vale.

The HA Chief Executive concluded by saying: “We can reinvest in our events and competitions, and in improving hockey for Australians across the country.”

This initiative is yet another example of Hockey Australia's dynamic and forward-thinking approach to hockey, and very much in line with the FIH Hockey Revolution Strategy. To find out more about Hockey Australia's activities, visit their website: hockey.org.au/