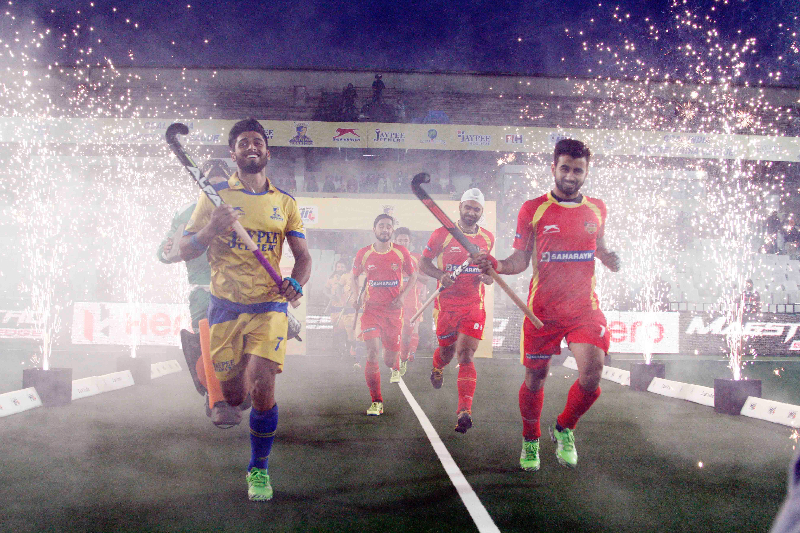 Speaking about the agreement, EHF President Marijke Fleuren said: “As part of the Hockey Revolution, we have embraced the five Major Initiatives of the International Hockey Federation and one of these is a commitment to securing Commercial Partners that share our vision. We believe that in Polytan we have found such a partner. We are delighted to welcome Polytan to the European Hockey family, and look forward to a successful collaboration.”

This commercial partnership created by the EHF follows the launch of the FIH's very own Quality Programme for Hockey Turf launched last year.

That initiative is the first of many commercial activities that the FIH aims to grow over the coming years as it aims to attract long term business partners that will drive the sport towards achieving its ambition of making hockey a global game that inspires the next generation. To find out more about the FIH's Quality Programme for Hockey Turf, click here.

As the Hockey Revolution continues to progress, other examples of excellent, mutually beneficial business arrangements in hockey are becoming more frequent. One of the most notable includes the showpiece Hockey India League.

Since 2013, the FIH-approved franchise-based professional men’s League in India has been attracting the world’s greatest players with big financial incentives from numerous sponsors and lucrative broadcast deals.

On of these included a title sponsorship deal with Coal India Limited (CIL), the state owned coal mining company.

The company’s Board cleared the decks for the project entailing Rs. 14.73 Crores ($2.1 million USD) as sponsorship payment. This includes the sponsorship fee of Rs. 13 Crores ($1.9 million USD) as well as cash awards to Coal India best goal of the match in each of the League matches, and Coal India most valuable player of the season, plus other expenses.

The continued growth and staggering success of the Hockey India League is a clear indicator that an increased level of professionalism within the sport is very real indeed.

To find out more about the Hockey India League, click here.