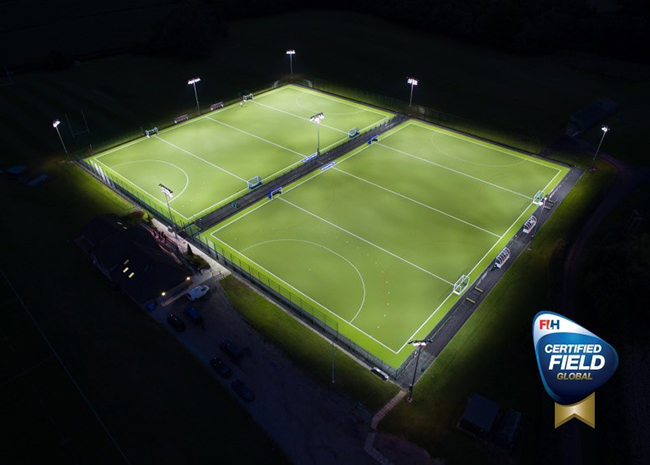 The FIH Quality Programme for Hockey Turf has been hugely successful

Celebrating one year of Quality

Just over one year ago the International Hockey Federation (FIH) launched their Quality Programme for Hockey Turf. Since then, several hundred products and fields have been tested, approved and certified across the world, with more companies joining the Programme throughout the year as its commercial value continues to deliver success.

In the last 12 months, over 100 fields have been certified around the globe. Whilst installations have taken place in many leading hockey nations, it has been inspiring to see the growth of the sport reflected by new fields which have been certified in the likes of Bangladesh, Luxembourg, Russia, Namibia and at the prestigious Harvard University in the USA.

70 new products have been approved this year, three new manufacturers joined the Programme and a new category was launched – FIH Field Builder. Five companies joined this new category in recent months from Europe, South America and Australia, and four companies from India in the process of becoming accredited.

The FIH Quality Programme for Hockey Turf was launched in October 2015 as part of FIH’s 10-year Hockey Revolution strategy aimed at making hockey a global game that inspires the next generation. It was developed specifically as part of a major initiative aimed at increasing the degree of professionalism in hockey.

The FIH Executive Board has been asking National Associations and Continental Federations to adopt the Programme since then, giving further endorsement of the long term benefits that this quality assurance initiative provides.

Now, 12 months down the line, the Quality Programme has been one of the first key success stories in relation to this initiative. FIH’s international standards have set a level of quality that ensures the sustainability, affordability and accessibility of hockey fields worldwide.

This has been recognised not only by partners, facility owners, National Associations and Continental Federations, but across the sports industry.

FIH has been working hard to align its strategy with that of the International Olympic Committee’s. Olympic Agenda 2020 highlights the importance of sustainability and environmental impact of sports and with measures being taken to address such areas, the IOC are now using the FIH Quality Programme for Hockey Turf as case study for other sports to follow.

As the Programme moves towards 2017, FIH looks forward to building on its success and welcoming new companies and products into what is proving to be an incredibly valuable commercial opportunity for both its partners and the FIH.

For more information about the FIH Quality Programme for Hockey Turf, click here.