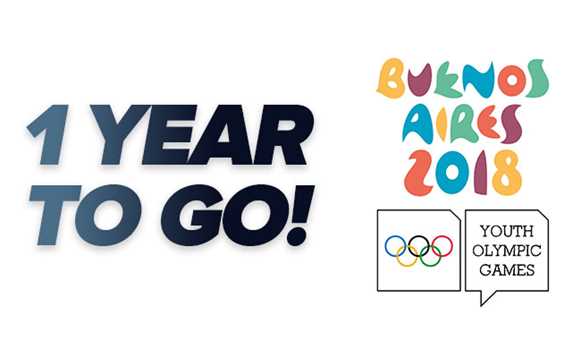 With one year to go until Buenos Aires 2018, former YOG stars reflect on progress

Netherlands star Marloes Keetels is one such athlete: "It was at the Youth Olympic Games in Singapore, as a 17-year-old, that I knew I wanted to be part of the national team. It was a seminal moment for me. I still get goosebumps when I think about the Youth Olympic Games. Now I have been to Rio, I can compare it and see a lot of similarities.

"The only difference is the size of the event and the smaller amount of press [at the Youth Olympic Games] but in every other way it is the same. There is an Olympic village, the opening and closing ceremony, the Olympic values. So when I came to the Rio Olympics, I was excited and amazed of course, but I was much more prepared than players who were a few years younger than me. It was easy for me to focus on the hockey so I think the Youth Olympic Games is a great foundation to build from." 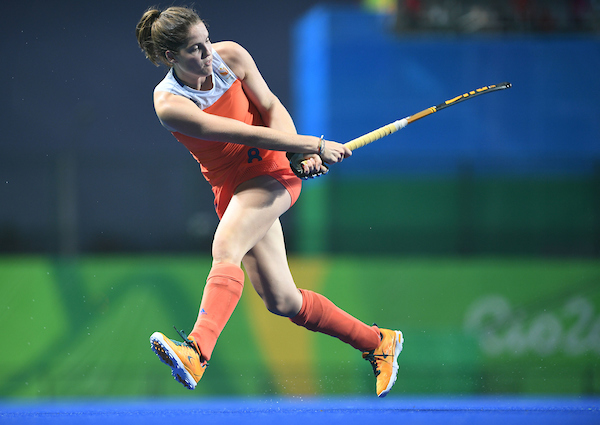 Certainly for a number of athletes, the Youth Olympic Games in Singapore 2010 and Nanjing 2014 proved a great testing ground for an even bigger challenge in 2016, the Rio Olympics.

No fewer than 15 athletes graduated from these two Youth Olympic Games to take their place on the biggest stage of all, and for Arthur van Doren and Alexander Hendrickx of Belgium and Keetels, it was the smoothest and most successful of transitions as they all won silver medals at the Rio Games.

"You have to learn how to keep your own focus despite all the things that are happening around you. You still have to be professional enough to focus on your own competition. Finding the right balance is important. The main thing I learnt from the YOG are the values of being an Olympian, it motivated me even more to get to the Rio Olympics."

"The main thing I learnt from the YOG are the values of being an Olympian, it motivated me even more to get to the Rio Olympics."
Alexander Hendrickx, Belgium

For Van Doren, like Keetels, the Youth Olympic Games helped prepare him for the practical elements of being an Olympian. "At the Youth Olympics you can have a state of life as an Olympian because everything is set up in pretty much the same way, except the scale of course. You adapt to living in the Olympic Village and how to take in the energy of the Games but stay focused on your hockey."

Belgium men came back with a bronze medal from the Singapore games, and it could be argued that medal kick-started Belgium’s rise up the rankings and into the medal-contending force they are now, seven years later. 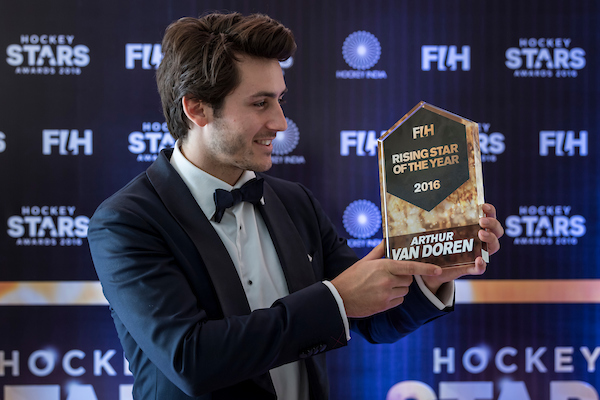 For Keetels, the Singapore Games was just the start of an already glittering career. The Netherlands won gold, beating Argentina in the final. Seven years later and Keetels has captained her team to first place at the FINTRO Hockey World League Semi-Final in Brussels, Belgium earlier this year and gold at the 2017 EuroHockey Championships. Despite this, the 25-year-old still remembers the final in Singapore as if it were yesterday.

"Even now I remember the moment in the final [against Argentina] when it was golden goal and Argentina nearly scored. It was all slow motion as the shot went in towards the goal and our 'keeper just got a toe to it. Then we went the other end and scored.

Of the younger crop of Youth Olympic Games graduates, Zhang Jinrong of China was part of the gold-medal winning team in Nanjing 2014 that beat the Netherlands in shoot-out after a thrilling 5-5 match. Zhang was also part of the team that took silver at the FINTRO Hockey World League Semi-Finals in Brussels.

Both Maria Ortiz and Julieta Jankunas are young players who have been brought into a talented but youthful Argentina squad on the back of a bronze medal in Nanjing, and they have been joined by their coach, Agustin Corradini, who is now Head Coach to the senior squad. Also a main player in the Las Leonas team is Agustina Albertarrio, who scored in the final against the Netherlands in Singapore but took home the silver medal.

Perhaps a signal to the developing hockey scene in Japan, prior to the Tokyo 2020 Olympics is the fourth place finish for Japan women in Nanjing, where Asai Yu Japan and Kawamura Motomi showed themselves to be stars of the future.

With a year to go until the third summer Youth Olympic Games, a new generation of players will be readying themselves for what could prove to be a pivotal moment in their sporting lives.

Check out the official Youth Olympic Games Buenos Aires 2018 website for more information about that event.