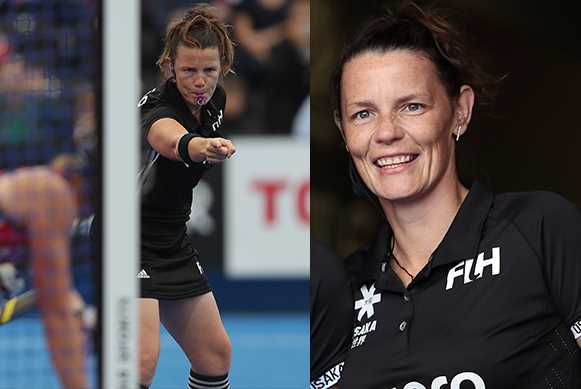 Kelly Hudson is approaching her third Olympic Games with a great sense of excitement. For Hudson, Japan and its people are among the best hosts she has encountered and, even under the restrictions of the pandemic, she is still buzzing about her next big challenge.

“I’m really looking forward to getting back to Japan. I was at the Ready, Steady, Tokyo events just two years ago. The Japanese ability to host and run events is just outstanding. Even given the current environment they will do the very best they can.

“Also, for the first time in over a year, I am looking forward to seeing my colleagues from across the world. We are fortunate to be able to umpire with people from all different countries. It is a beautiful thing to see officials from all over the world coming together as one team and to share conversations and experiences with them.”

For Hudson, the break from international hockey has come with its own benefits, and the return to action in Oceania has been well-times as she explains.

“The Olympic Games has always been on the horizon but the horizon just got shifted a year out. For me, it wasn’t all bad. I was able to look after my body without the constant interruption of hockey events. When you look back at the world level events, there really hadn’t been an off-season for several years – probably going back to before the World Cup in 2018. It has been back to back and to hold yourself at that level of physical and mental fitness has been massively challenging.”

Hudson worked hard on getting her body into the best shape with plenty of rehabilitation work, while also during a lot of energy into community hockey. Since December, she says the hockey specific activities have really ramped up and the break in international hockey has given her a new level of hunger.

“It has all been quite steady progress really. First we were able to get club hockey under our belts. Then we had the North versus South series which gave us an entry back into a higher level of hockey. That was good build up for us into the Trans-Tasman series. I certainly then felt the hunger of the athletes in those matches between Australia and New Zealand.”

In addition, Hudson and all her colleagues heading to Tokyo have constant access to matches from around the world. This, she says, gives her a chance to see what teams and players are doing, which in turn means they will know what to expect in Tokyo.

And there was one further part of her preparation that Hudson divulged.

“In preparing for the challenge of Tokyo, I looked at all aspects of my preparation. Sleep is really important for recovery. Fuelling and recovery is something I have really dived into as I have got to know how to look after my body. So I have been practising taking naps. In Tokyo there will be split sessions, so it will be important to give your body time to recover between the morning matches and the evening games.

“So I have been practising napping. Did you know, the ultimate nap times are 26 minutes or an hour and a half!”