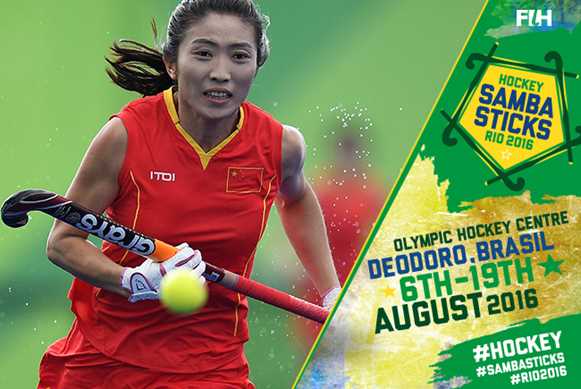 The second day of women’s hockey action at the Rio 2016 Olympic Games saw defending champions the Netherlands make a statement of intent with a big win, while New Zealand’s Black Sticks also impressed at the Deodoro Hockey Stadium.

In the first Pool A match of the day, New Zealand (FIH Hero World Ranking: 4) made a sparkling start to their Olympic campaign with a high-quality 4-1 victory against Korea (WR: 8). Kirsten Pearce, Charlotte Harrison and Gemma Flynn were all on target for the Black Sticks ahead of half time before Petrea Webster made it 4-0 shortly after the break. Kim Hyunji snatched a consolation goal for the Koreans late in the game, although they would surely have registered more were it not for some fine goalkeeping from New Zealand’s Sally Rutherford. “We’re definitely happy with the win”, said Black Sticks Head Coach Mark Hager after the match. “We were very good early on and fell away a bit after half time but it’s good to come away with a result first up.”

The Netherlands (WR: 1) needed just 23 minutes to establish a four goal lead in their opening Pool A fixture, crushing Spain (WR: 14) 5-0 as the reigning Olympic champions from both Beijing 2008 and London 2012 sent out a clear statement of intent. FIH Hockey Stars Player of the Year 2015 Lidewij Welten opened the match scoring in the 11th minute before Laurien Leurink, Marloes Keetels and Maartje Paumen added another three goals in rapid fashion to effectively kill the game midway through the second quarter. Double Olympic gold medallist Paumen completed the scoring in the final quarter with her second goal of the game, putting her side top of Pool A on goal difference.

In the final Pool A match of the day, 2004 Olympic champions Germany made a superb start in their match against 2008 Olympic silver medallists China, with Lisa Altenburg needing less than four minutes to give Die Danas a 1-0 lead. However, Peng Yang’s equalizer just before half time proved to be enough for China to take a share of the points as the match finished with the scores locked together at 1-1.

As well as a full schedule of Pool A matches, there was also action in Pool B as Japan (WR: 10) and India (WR: 13) got their Olympic campaigns underway with a 2-2 draw. The Cherry Blossoms went into half time with a 2-0 lead thanks to efforts from Emi Nishikori and Mie Nakashima, but India’s Eves hit back 31 seconds into the third quarter, with super-striker Rani getting the goal. Lilima Minz restored parity towards the end of the third quarter, ensuring that India’s women claimed a point in their first Olympic appearance since the Moscow 1980 Games. With one round of matches complete, Great Britain and USA currently lead the charge at the top of Pool B thanks to their victories on day 1.