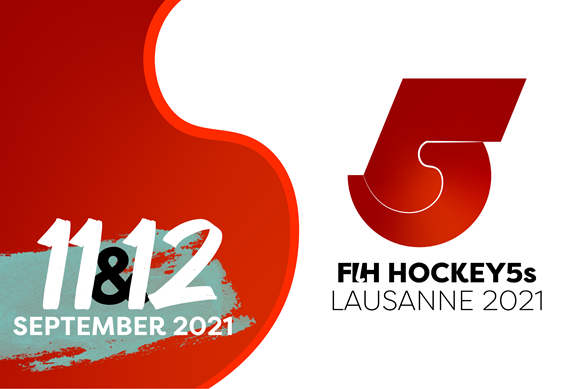 Lausanne, Switzerland: The International Hockey Federation (FIH) is delighted to announce that it will organise its first ever senior World Hockey5s event on 11 and 12 September 2021, in Lausanne, Switzerland. It will offer an exciting mix of intense competition, music entertainment and additional activities, such as initiations or demonstrations, to showcase hockey and engage further with the public. Access to ‘FIH Hockey5s Lausanne 2021’ will be free of charge and the event will be broadcasted live across the world on the Watch.Hockey platform.

Five male and five female national teams, including some of the powerhouses of international hockey, will compete:

Hockey5s is played with 5 athletes per team. It is particularly known for its non-stop end to end action, since the ball is in play for about 90% of a match, thanks to rebound-boards placed against the outside of the side-lines and back-lines. Furthermore, there are usually more goals with Hockey5s than with the more traditional 11-a-side format of hockey, since players can score from anywhere after the attacking line. Also, Hockey5s is played on a smaller pitch, which enables to bring hockey to people in new and unexpected venues, sometimes even at the heart of the cities.

Precisely, FIH Hockey5s Lausanne 2021 will be staged on the Place de la Navigation, an iconic location near the Lac Léman bordering the Olympic Capital.

In 2019, in order to further boost the development of hockey globally through Hockey5s, the FIH Executive Board decided to create an FIH Hockey5s World Cup - with the inaugural edition planned in 2023 - and, in the near future, a Hockey5s World Tour, which will consist of events similar to Lausanne’s.

Commenting on FIH Hockey5s Lausanne 2021, FIH CEO Thierry Weil stated: “Hockey5s is a great format to promote our sport and especially introduce it to sports fans not yet familiar with hockey. I invite everyone to come to this world event and enjoy the speed, skills and fun of our game!”

In an exclusive interview to FIH, Swiss Women’s national team player Sae Fontana said she’s “really excited about playing some of the best teams of the world!As early adopters of Hockey5s, we want to gain a competitive advantage, to get better rapidly, as a small country. Hockey5s is definitely a faster game, which makes it very intense as a player. Also, there are many more possibilities to score a goal, to get creative. The individual skills of each player are quite important, and there is more ball contact for each player since there are less players on the field of play.” 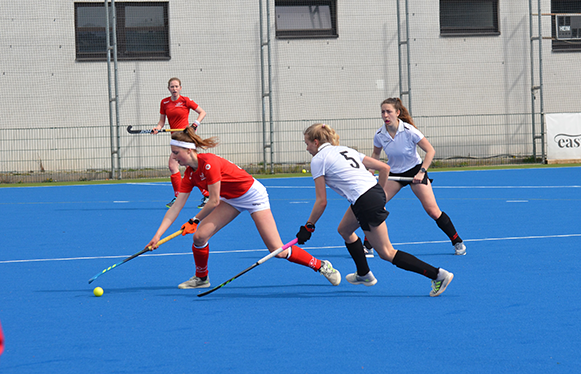 Reflecting on Hockey5s, South African coach Tsoanelo Pholo said in an exclusive interview to FIH: “Hockey5s [is] an initiator into hockey, a developer into the full field version. If you have a Hockey5s court in three or four places in the country, I’m telling you now, we are going to have way more hockey players in developing countries. That is a dream of the FIH, to ensure that we touch as many lives as we can with hockey. Because hockey has given me and so many others so much, I would love to see that opportunity be given to many other people, especially youth. I think it is going to grow massively in the smaller countries. I think that is exactly what Hockey5s is about.”