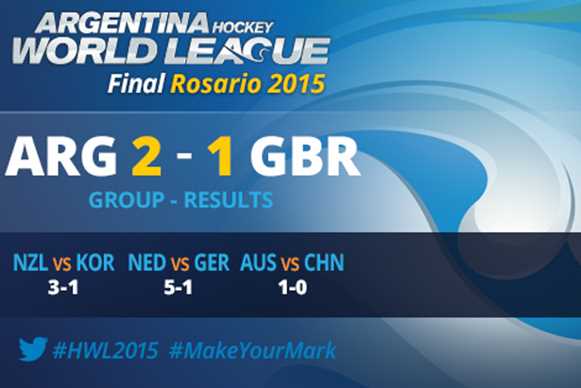 Top seeds all record wins on day one in Rosario

The day started with a fantastic goal and a 100 cap celebration as the opening day of the Argentina Hockey World League Final burst into life with goals, drama and plenty of fast-flowing action.

An appearance by Luciana Aymar as the pitch was renamed in her honour was the icing on the cake for fans, who witnessed a demolition job by the Netherlands, solid wins for New Zealand and Oceania and a popular win for the host nation, Argentina.

The opening goal of Argentina HWL Final was a cracker from Pippa Hayward, who smashed the ball past Jang Soo Ji in the Korean goal to give the Black Sticks an early lead.

Australia were far from convincing in their 1-0 win against China in the first Pool B match of the competition. It was a superbly taken penalty corner from Georgina Morgan that provided the world number two side with their win, but China will count themselves unlucky not to have at least drawn the match.

The final match of the day was a tough, feisty encounter between the host nation Argentina and Great Britain.

Great Britain took the lead through a searching run by Susannah Townshend, which set up Lily Owsley with the perfect opportunity to score. The equaliser came from Maria Granatto 10 minutes later – a well-taken penalty corner, won after some mesmerising build-up play that left the Great Britain defence unable to avoid conceding a corner.

The winning goal was scored by Agustina Habif. The midfielder slapped home a ball that Maddie Hinch had cleared from an earlier penalty corner shot.