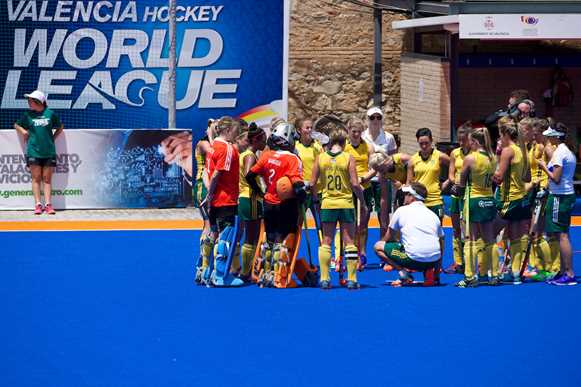 Featuring 18-year-olds to seasoned veterans, South Africa’s national men’s and women’s hockey squads for the year were announced on Thursday and are part of the South African Hockey Association’s planning through to next year’s Commonwealth Games and the race to regain as many of their world ranking points as they can.

Due to the loss of ranking points caused by not participating in last year’s Rio Olympics, South Africa’s women have slipped to 13th in the world rankings and the men are 15th. Nevertheless, South Africa will host the prestigious World League semi-finals for both men and women from July 3-24 and, with several top-10 nations taking part, even the smallest upset should improve their ranking.

Australia, Germany, Belgium, New Zealand, Ireland and Spain are the top-10 men’s sides coming to Johannesburg, while England, Argentina, the USA and Germany are the leading nations taking part in the women’s tournament.

A 25-strong women’s squad has been named and, even though there are no new caps, convenor of selectors Mickey Gordon explained that a structure had been put in place to improve the youth profile of the team.

“With a view to the World League Semi-Finals, the Africa Cup of Nations in August and the Commonwealth Games next April, and possibly the World Cup later in 2018, we have chosen a fairly long-term squad so we can look at selection from a consistent basis. We’ve set out to change the age profile because we have a lot of qualifying to do and these youngsters can gain experience.

“We will use all 25 players in the build-up to the next World Cup and we need to get youth into the squad. I sit on the U16 to U21 national selection panels as well in order to get some consistency. We want to grow our talent and if you look at world standards these days, then there is a predominance of youth,” Gordon said.

That does not mean experience is being thrown out the window though, and stalwarts of the South African side such as Nicolene Terblanche, Bernadette Coston, Sulette Damons, Ilse Davids and Shelley Jones (nee Russell) have all been included in the squad.

That applies to the men’s squad as well, with the likes of Rassie Pieterse, 34-year-old Julian Hykes, Jethro Eustice and Owen Mvimbi chosen alongside new cap Melrick Maddocks and 18-year-old Dayaan Cassiem.

There are nine members of the KZN Coastals team that won the recent IPT in the squad and national coach Fabian Gregory said it was the selectors’ intention that form be rewarded.

“KZN did exceptionally well to win IPT, playing well both as a group and with stand-out individual players. We wanted to send the correct message that IPT has not been watered down and we will reward form there. So Melrick is rewarded for being one of the top strikers there as is his team-mate Julian, who was the top goal-scorer for Southern Gauteng,” Gregory said.

The 43-year-old Gregory said he will cut the squad down from 21 to 18 for the World League Semi-Finals.

For both the men’s and women’s national squads, the next couple of years promise plenty of playing opportunities against the top nations in world hockey.

“Our world ranking being lower does not make things easier for us, but there is a total plan in place to rejuvenate our competitiveness. Not playing enough games is killing us due to a lack of sponsorship, but we have the talent, we just need to spend more time working together as a team,” Gregory said.