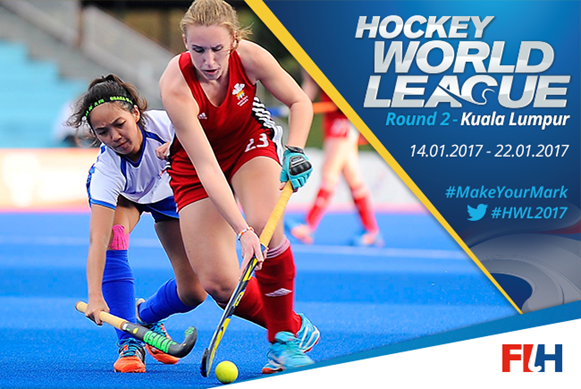 Italy and Wales riding high at Hockey World League Round 2

European contenders Italy and Wales shrugged off the respective challenges from Thailand and Singapore in Pool A of the Women Hockey World League Round 2 at the Tun Razak Stadium in Kuala Lumpur on Sunday (15 January).

World No 15 Italy, who defeated Wales 3-0 on Saturday, lived up to their favourites tag here by brushing aside Thailand 5-0.

Jasbeer Singh, playing in her 51st international match, fired the Italians ahead in the ninth minute followed by Marcela Casale (27th), Valentina Braconi (34th) and Maria Garraffo (40th) scoring from open play whilst Agata Wybieralska extended the lead in the 51st minute from a penalty corner to ensure a memorable night.

Wales dazzled spectators and even their opponents Singapore by posting a 7-0 victory. The result ensured the Welsh, placed number 32 in the Hero FIH World Rankings, increase their chances of a top two finish in the pool behind Italy.

The match began in slow fashion and it was only a matter of time the Welsh upped the ante to score the first goal via a penalty corner in the eighth minute through Natasha Marke-Jones and Lisa Daley increased the advantage six minutes later from open play as Wales took a 2-0 lead going into the interval.

Singapore returned in the second half with an exchange of goalkeepers – Felissa Lai substituted Yu Tong Liu but nothing much really changed though the Singaporeans had their chances upfront but could not make any breakthrough but Wales was far more dominant in the hunt for goals.

Lisa notched her second for Wales in the 31st minute; Phoebe Richards (45th) increased it to 4-0 whilst team captain Abi Welsford (51st), a second for Richards (58th) and Sarah Jones completed the rout against the Singaporeans.

An elated Wales coach Kevin Johnson said: “There was a lot of positive energy from the players in the match against Singapore after going down to the Italians earlier. It was a great comeback for us and we are headed back in the competition. Our target has been to finish in top two in our pool and we now look towards playing Thailand in the last pool match on Tuesday. We just have to get better than this against the Thais.”

Singapore’s Australian coach David Viner was quite disappointed with the result but contended that they were playing against a superior side both tactically and physically.

“I thought we did well to contain Wales with just two goals in the first half and also had some opportunities to score. Certainly we lacked the depth but the players did their best. We have a very young squad and it was a good exposure against a European side,” he said.