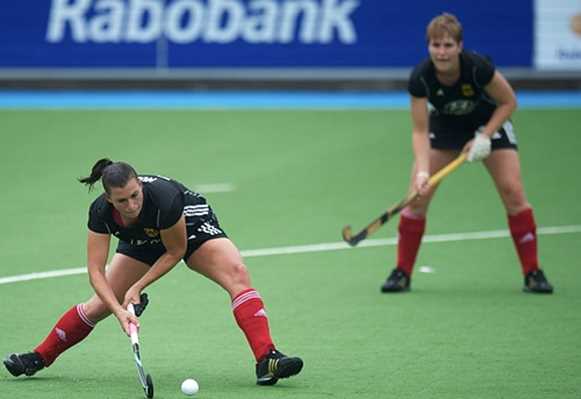 Germany prepare in Santiago de Chile for the FIH Champions Trophy in Rosario. They beat Chile 6-1 in the first of three test matches.

Germany started off very well thanks to Julia Müller who converted two penalty corners. The 3-0 was scored by Maike Stöckel who deflected a pass coming from Katharina Otte. One minute later Chile stroke back. After Fanny Rinne’s 4-1 the Germans took control of the match. Müller made her third goal from a penalty stroke while Celine Wilde converted the rebound of a penalty corner.