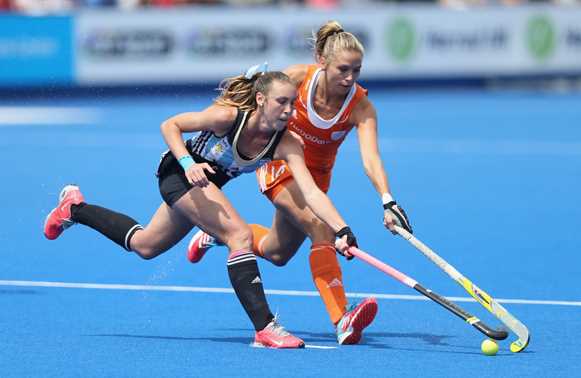 The Women’s Hockey Champions Trophy 2016 will draw to a stunning climax today (Sunday 26th June) as the top two sides in the world face-off for the title at the Lee Valley Hockey and Tennis Centre in London, Great Britain.

Even taking into account The Netherlands’ 2-0 pool phase win over Argentina on Saturday, the statistics provide plenty of evidence about just how closely matched these two teams are in terms of their respective records in the Champions Trophy. Both teams having claimed six titles, a record shared with Australia’s Hockeyroos. So, no matter who wins today, it is certain that history will be made when one of the teams lands a record-breaking seventh title.

2015 Hockey World League champions Argentina will be gunning for their third title in succession following triumphs in 2012 and 2014, while the top-ranked Dutch are hoping to win back the title that they last claimed in 2011, where they defeated Las Leonas 2-1 in the event final on home soil in Amstelveen's world famous Wagener Stadium.

In terms of head-to-heads, they two sides have met on 22 occasions in the Champions Trophy, with The Netherlands winning ten games, Argentina victorious in eight, while four matches ended in draws.

Barring injury, three of the top four all-time highest scorers in Champions Trophy history will be in action in this match, with Maartje Paumen (#1 - 34 goals) representing the Netherlands and Noel Barrionuevo (#2 - 27 goals) and Carla Rebecchi (#4 - 21 goals) on show for Las Leonas. Rebecchi is the current top scorer at the Women’s Hockey Champions Trophy 2016 with seven goals, closely followed by Paumen who is on six. Rebecchi needs just one more field goal to draw level with Kim Lammers (NED) and Nadine Ernsting-Krienke’s (GER) all-time Champions Trophy field goals record of 18.

More stats on the Women’s Hockey Champions Trophy can be found here: http://stats.fih.ch/#women

The showpiece final gets underway at 1830 (UTC/GMT +1), being proceeded by the 5-6 classification and bronze medal matches. Host nation Great Britain will aim to end their disappointing competition on a high by claiming a fifth place finish when they meet New Zealand at 1400, while USA and Australia will battle for bronze at 1615.