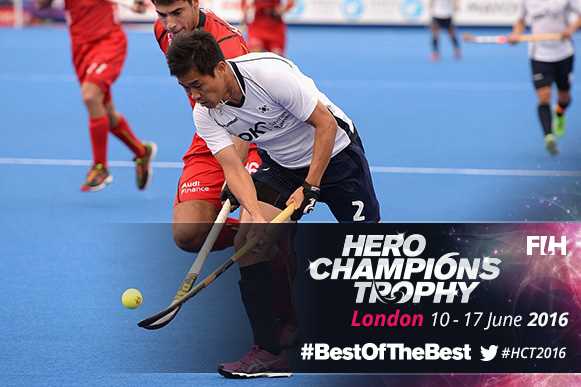 Seventeen years after making his Champions Trophy debut, three years since his last major international hockey event and one week shy of his 36th birthday, it is fair to say that Korea striker Seo Jongho’s involvement in the men’s Hero Hockey Champions Trophy 2016 came as something of a surprise.

Going into Friday’s match against Belgium’s Red Lions (FIH Hero World Ranking: 5), very few people gave the ninth-ranked Koreans a chance. Aside from a few wise old heads, the team is both youthful and inexperienced, with 12 of the 18 players having yet to reach 50 international caps, four of which have less than ten. However, a masterful display from Seo and fellow 30-somethings Lee Namyong and team captain You Hyosik provided outstanding on-field leadership to bring the very best out of Korea’s talented next generation.

“Before the match we were a little bit worried, as we have so many young players who are playing their first tournament, and the Champions Trophy is a big tournament”, said Seo, a former FIH Player of the Year nominee. “The match was very hard, but hopefully we can start feeling better and our young players can learn from this good experience today.”

Pre-match nerves is something that even the most experienced players are not immune to, but knowing how to handle pressurised situations is something that Seo, Lee Lee Namyong and You Hyosik are all keen to pass onto their team-mates. All three players have over 200 international caps and are regarded as icons of Korean hockey, ensuring that when they speak, their team-mates listen.

Seo himself is widely regarded as one of the best players in the history of Korean hockey. Although he has clearly lost some of his legendary pace, he has already proven in the early stages of this event that he is still a hugely influential force on the field. So, after a three year break, what was it that inspired him to return to international hockey?

“I didn’t really want to come back”, said Seo, laughing. “I’m married and have a family, that is my life now. We have a new coaching staff and very young players, so we needed some experienced players to help them learn. Paul Lissek [who coached Germany men to Olympic gold at the Barcelona 1992 Games and a key figure in the Korean team coaching staff] asked me to come back into the national team to bring some experience. I remember how I felt at my first Champions Trophy in 1999. It was very exciting but I was also nervous. I was 18 years old and I was starting this amazing new life in hockey. This is how the young players feel now, and I want them to have the good experiences that I had.

“I want to thank say a big thank you to our coaching staff because they have given some of us older players one more chance. It might be the last tournament for some of us, although Paul has asked if I can play for another two years to help the young players continue their development. But I don’t know - I have a family now!”

If this does turn out to be Seo’s last major international hockey event, you can be sure that his teammates will have benefitted immensely by training with and competing alongside one of Korean hockey’s all-time greats.

On Monday (13 June), the Hero Hockey Champions Trophy returns to action when Seo’s Korea take on host nation Great Britain at 1200 (UTC/GMT +1). The second match of the day is a real clash of the titans, with Olympic champions Germany facing reigning World champions Australia at 1400. The final match of the day sees Belgium’s Red Lions going head-to-head with in-form India at 1800.