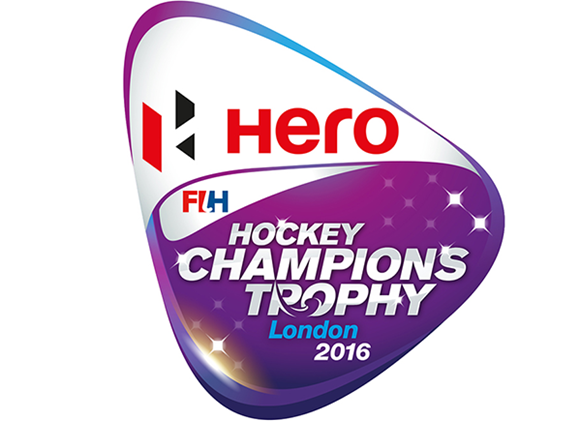 Taking place at Lee Valley Hockey and Tennis Centre in London, Great Britain between June 10-17, the men’s event will be called the ‘Hero Hockey Champions Trophy 2016’.

In addition to title sponsorship of the men’s event, the New Delhi (India) headquartered Hero, the world’s largest manufacturer of motorcycles and scooters, will also be a FIH lead partner of the women’s Hockey Champions Trophy taking place immediately afterwards, between 18-26 June in the same venue.

This is the latest agreement between Hero and FIH as part of the Hockey Revolution’s major initiative aimed at securing commercial partners who share the 10-year strategy’s vision – to make hockey a global game that inspires the next generation.

Speaking of this partnership, Mr Pawan Munjal, Chairman, Managing Director and CEO, Hero MotoCorp, said: “Hockey continues to be among the most popular sports in various parts of the world, and Hero has been a constant partner of FIH in hosting marquee hockey events across the globe. Our title sponsorship of the Hero Hockey Champions Trophy 2016 is also in keeping with the increasing global footprint of Brand Hero, which is now present in 30 countries across Asia, Africa and South and Central America.”

FIH President Leandro Negre was also pleased to confirm the new agreement. He said: “We are delighted to continue our long-standing, positive relationship with Hero. As one of the world’s leading brands, partnering with one of India’s most successful businesses once again is great for our sport. We will be doing all that we can to ensure their investment continues to develop the sport of hockey globally.”

FIH CEO Kelly Fairweather added: “We are pleased to have Hero MotoCorp as a long-term partner of FIH, this relationship continuing with the Hockey Champions Trophies in London. The event is going to be watched by a global audience, with over 2,000 hours of TV coverage being broadcast to more countries than ever before. This is yet another important partnership facilitated by FIH as we continue to drive the marketing and commercial value of hockey as our sport continues to grow.”

The Hero Hockey Champions Trophy gets underway on Friday, with excitement already beginning to grow. Make sure you don’t miss out on any of the action - for more information about these events, including ticket information, click here.

About Hero MotorCorp
For the past 15 consecutive years, Hero MotoCorp has remained the world’s largest two-wheeler manufacturer in terms of unit volumes sold by a single company in a calendar year. The company achieved a significant milestone recently with the inauguration of its world-class Hero ‘Centre of Innovation and Technology’ (CIT) in the northern Indian state of Rajasthan. In financial year 2015-16, Hero sold over 6.63 million two-wheelers. The company currently sells its products in 30 countries across the world.

Hero MotoCorp has been associated with various disciplines of sports including cricket, golf, field hockey and soccer for over two decades now. Hero MotoCorp has also had a long association with cricket in various capacities. The company was earlier one of the Global Partners of the International Cricket Council (ICC). The company was also the team sponsor of ‘Delhi Daredevils’ and later of ‘Mumbai Indians’ in the Indian Premier League (IPL). Fourteen-time major winner Tiger Woods is Hero's Global Corporate Partner. Hero is also a partner of the Tiger Woods Foundation and hosts the marquee Hero World Challenge golf tournament at Albany in the Bahamas, with participation from 18 top golfers in the world.