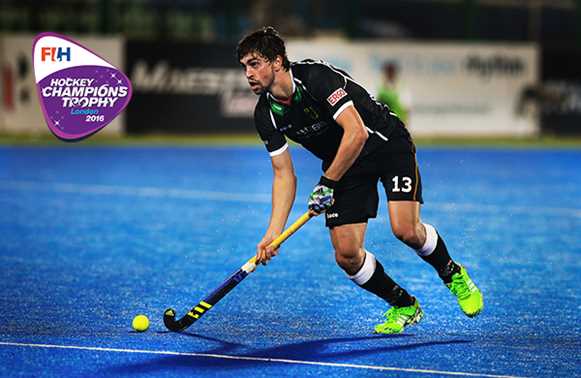 One of the undisputed giants of global hockey, Germany, have been a powerhouse of the game for decades and the current group is certainly no different. They are the current holders of the Olympic and Hockey Champions Trophy titles and are always capable of winning every tournament that they enter.

2014 was far less successful than the team would have hoped, with a seventh place finish at the Hero Hockey World League Final in Raipur, India being followed by an even more surprising sixth place at the Rabobank Hockey World Cup in The Hague, Netherlands. However, any conversations about the demise of Germany’s “golden generation” were halted at the end of that year when they returned to form by winning the Hero Hockey Champions Trophy in Bhubaneswar, India.

The team continued their good form in 2015 by winning the Argentina Hockey World League Semi-Final in Buenos Aires, although a 6-1 defeat at the hands of Netherlands in the final of last August’s Unibet EuroHockey Championships in London followed by a seventh place finish at the Hero Hockey World League Final in Raipur showed that they are certainly not infallible.

That said, Germany have developed a habit of getting it right in an Olympic year. They will be led by Head Coach Valentin Altenburg, who replaced Marcus Weise - one of the most successful coaches in the history of German sport, in 2015. His team will be captained by brilliant midfielder Tobias Hauke (FIH Player of the Year 2013), who alongside Oskar Deecke, is one of two players in the group to have surpassed 200 international appearances.

A further six players have played over 100 times for their country, including defensive rock Martin Häner, extraordinary striker Florian Fuchs (FIH Young Player of the Year 2012) and Jan-Philipp Rabente, the man who scored twice in the London 2012 Olympic final to help Germany defeat the Netherlands.

Even without the talents of rested duo Moritz Fürste (FIH Player of the Year 2012) and Christopher Rühr (FIH Young Player of the Year 2013 & 2015), Germany will be considered amongst the favourites in London and will have high hopes of becoming Olympic champions for a third time in succession at Rio 2016.

One to watch: Tobias Hauke. A classy midfielder blessed with skill, vision and intelligence. 2013 FIH Player of the Year, Hauke is a double Olympic Gold medallist, having been a central figure in the Germany teams that emerged triumphant at the Beijing 2008 and London 2012 Games. At 28 years of age, his best years may still be ahead of him. He is the elder brother of Franzisca Hauke, who is a key player for Die Danas, the German women’s international team.