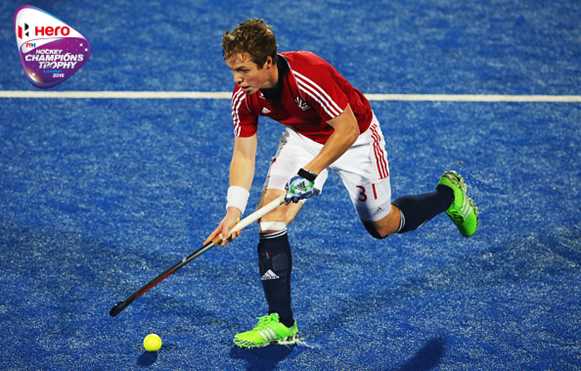 Team GB will be looking for British fans to back them from London to Rio Photo: FIH/Getty

Following their fourth place finish at the London 2012 Olympics, Great Britain have set their sights firmly on winning a medal at Rio 2016. Looking at their recent history, you certainly would not bet against them.

There has been a steady improvement since their disappointing ninth place finish at the Athens 2004 Games, with the team taking fifth at Beijing 2008 before losing the bronze medal match at London 2012 against Australia.

The team coached by ex-England and GB striker Bobby Crutchley sealed tickets to both Rio and the Hero Hockey World League Final in Raipur, India, with their third place finish at the FINTRO Hockey World League Semi-Final in Antwerp, Belgium, thanks to a 5-1 win over India. A largely experimental side was sent Raipur, where Great Britain finished in sixth place.

32-year-old forward Simon Mantell – a star performer at the Hero Hockey World League Final in Raipur with four goals – is another player who could potentially reach a caps milestone if selected for the Hockey Champions Trophy. Mantell currently sits on 199 international appearances, and will be hoping to reach the 200mark at the Olympic legacy facility.

Great Britain recently travelled to Australia to face the Kookaburras, claiming a 2-2 draw in the first test before losing 4-3 and 5-1 in the second and third tests respectively.

They will be looking for home support to cheer them to their first ever Hockey Champions Trophy title, and in doing so provide a great springboard for Team GB going into the Rio 2016 Olympic Games.

Player perspective – Dan Fox (Defender): "We're excited. It's the first Champions Trophy any of us have played on home soil and it is a tournament that we want to win for the first time. Everything we do this year is part of our Rio preparation. That said, the Champions Trophy is a major trophy and we will be trying full out to win it. The tight turn around between games is also great preparation for the tough schedule in Rio, so it will be good practice."

One to watch: Ashley Jackson. Alongside team captain Barry Middleton, the 28-year-old midfielder is one of Great Britain’s most gifted individuals. He possesses fantastic stick skills, a terrific eye for a pass and is one of the finest penalty corner drag-flickers in the world. As always, Jackson is expected to be one of the stars of the show in London.