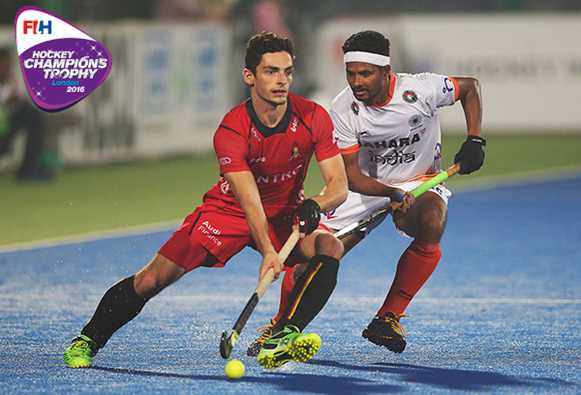 Belgium will be looking to win their first Hockey Champions Trophy in London this summer. Photo: FIH/Getty

Belgium have made huge strides forward over the past ten years and are now rated as one of the most feared attacking sides on the planet.

The Red Lions produced some excellent performances at the 2014 Rabobank Hockey World Cup in The Hague, Netherlands but just missed out on a place in the competition Semi-Finals when they fell to a narrow defeat at the hands of England before finishing fifth, an all-time high for the men’s national team.

2015 certainly had ups and downs, with a second place finish at FINTRO Hockey World League Semi-Final in Antwerp, Belgium, being followed by a surprisingly low fifth place finish at the Unibet EuroHockey Championships at London’s Lee Valley Hockey and Tennis Centre, the same venue that will host the upcoming Hockey Champions Trophy.

However, the team ended 2015 on a high as they finished runners up at the Hero Hockey World League Final, in Raipur, India, falling to a narrow 2-1 defeat against world number one ranked Australia.

Remarkably, the squad does not contain a single player over the age of 28, suggesting that this current group could remain together for many more years to come.

Extra info:Late in 2015, the Royal Belgian Hockey Federation (KBHB-ARBH) named New Zealander Shane McLeod as  the Head Coach of the men’s national team. McLeod replaced Dutchman Jeroen Delmee, the former Netherlands international defender and double Olympic gold medallist (Atlanta 1996 & Sydney 2000) who stepped away from the position at the end of September. McLeod – who has enjoyed spells coaching the New Zealand men’s and women’s teams as well as guiding Antwerp’s Waterloo Ducks to consecutive Belgian league titles in 2013 and 2014 – has been given the task of guiding the Red Lions to a podium finish at the Rio 2016 Olympic Games.  After finishing runners up at the Hero Hockey World League Final last December, this would suggest that they are more than capable of achieving this target.

One to watch: John-John Dohmen: A creative midfielder who rarely puts a foot wrong, the 28-year-old Belgian captain is currently at the peak of his powers. Named Player of the Tournament at last year's FINTRO Hockey World League Semi-Final, Dohmen is certain to be a massively influential figure for his team in London.