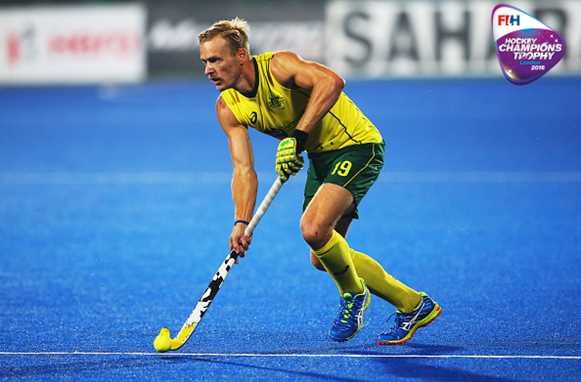 Tim Deavin and his Australian team-mates are aiming to claim this historic title on British soil Photo: FIH/Getty

Australia's Kookaburras (FIH World Ranking: 1) are regarded as the most consistently successful Australian sports team over the past two decades and for more than 30 years have been ranked amongst the top four nations in the world. Their free-flowing, exciting brand of attacking hockey is a hallmark of the team and will certainly thrill the fans in London as they look to retain their dominance of world hockey by winning this year's Hero Hockey Champions Trophy.

Australia have won a medal at every Olympic hockey tournament since 1992 and in total, since first competing in the Melbourne Olympic Games of 1956, have amassed nine Olympic medals – a tally they will be determined to add to this summer at the Rio 2016 Olympic Games. They have won all five of the Commonwealth Games hockey competitions played to date and in 2014 became only the third country to ever successfully defend a World Cup title when they defeated hosts the Netherlands 6-1 in the competition final in The Hague, Netherlands. 2015 was another stellar year for the side, with a title success in the Hockey World League Final in Raipur, India being their crowning achievement.

The Kookaburras come into this Hockey Champions Trophy as the top ranked team and, with 13 Hockey Champions Trophy titles to their name, the most successful team in the competition’s history. Despite resting veteran stars Jamie Dwyer and Mark Knowles – with the latter remaining in Australia in anticipation of the birth of his third child – Head Coach and former Kookaburra Graham Reid has selected a side containing plenty of world class experience. Key defenders Chris Ciriello, Tim Deavin and Matthew Swann are all included, as is ace midfielder Eddie Ockenden, a player who has made over 270 senior international appearances for Australia.

Teenage goal-scoring sensation Blake Govers – younger brother of Kookaburras stalwart Kieran Govers – has also been named and will be looking to make his mark and seal his place on the plane to Rio. 29-year-old midfielder Simon Orchard, another hugely influential player for Australia, starts the competition on 197 international appearances and looks likely to reach the 200 mark in London. A recent series victory against Great Britain on home soil suggests that the side are very much ready for the challenges that lie ahead this summer.

Coach comment – Graham Reid: “The Champions Trophy is being used to manage the load of a number of our players, and to provide the last opportunity for other players vying for Olympic selection.The objective of 2016 has been to get as many players as possible up to the level where they are in the mix for the team going to Rio.”

Player perspective – Tim Deavin (defender): "What better preparation for Rio is there than winning the last major, just before the Olympics take place. We go to every tournament to win and anything less is a failure."

One to watch: Chris Ciriello. In a team blessed with numerous world class penalty corner experts, Ciriello has developed a reputation as the man for the big occasion. In 2014, the powerful defender – nicknamed ‘Big Dog’- scored a hat-tricks in the finals of both the Rabobank Hockey World Cup (versus the Netherlands) and the Commonwealth Games (versus India) to help the Kookaburras to double glory.