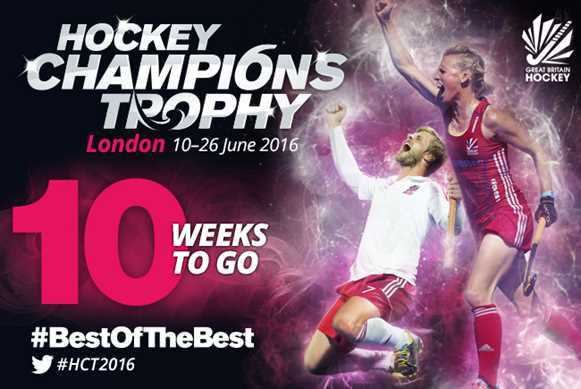 There are just 10 weeks to go before some of the world’s best hockey players take to the pitch for the men’s Hockey Champions Trophy in London. Here are 10 reasons why you should be getting excited about this showcase event.

The 2016 men’s Hockey Champions Trophy begins in London, England in 10 weeks time. Make sure you don't miss out on any of the action. Grab your tickets now by clicking here.

The world’s number one side Australia will be seeking their 14th victory at this event. Australia, ranked number one in the FIH World Rankings, are the team to beat at the moment. Coach Graham Reid and captain Mark Knowles will be eager to reclaim the trophy they lost to Germany in 2014. 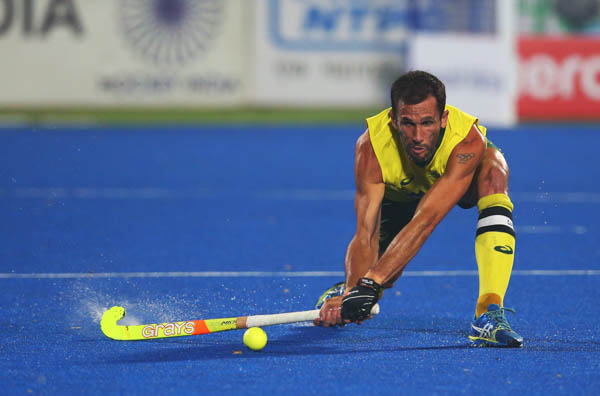 2. It’s London
In Olympic year, we can also look back to London 2012. That was the event that hockey gained a new generation of fans and we are back there for more! The packed stands from morning to evening, the faces painted in national colours, the heat, the excitement, the energy. And then there's the city itself – cool, iconic, easily accessible and with a multi-cultural population that means every nation has a home crowd. 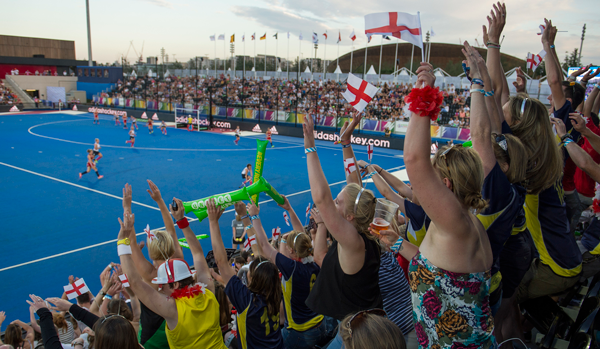 3. Best of the best
Australia, Great Britain, Germany, Belgium, India and Korea – six of the 10 best teams in the world, playing fiercely competitive hockey just eight weeks before the 2016 Olympics. What can get better than that? The event is a round-robin format with the finals based on placings after every team has played each other. 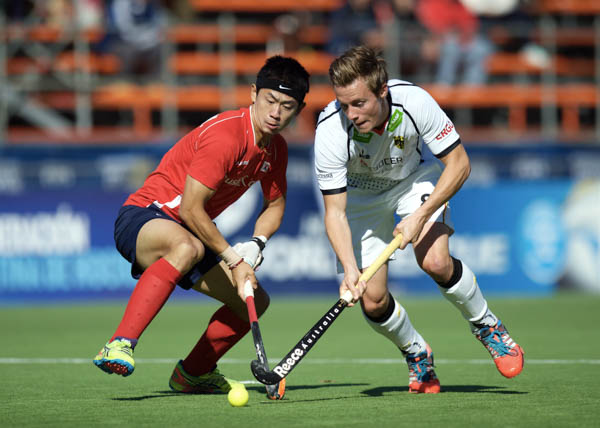 Korea and Germany will be looking for good performances in London Photo: World Sports Pics

4. Heroes on display
While it is a team game, there are undoubtedly some players that the crowds will flock to see in action. Belgium’s Tom Boon is always a popular draw with his uncanny ability to score from any angle and any time; Ashley Jackson’s darting runs through the midfield will have the home fans on their feet; Jamie Dwyer is quite simply mesmerising to watch; while the experienced Sardar Singh will be like a magician controlling the highly skilled Indian side. 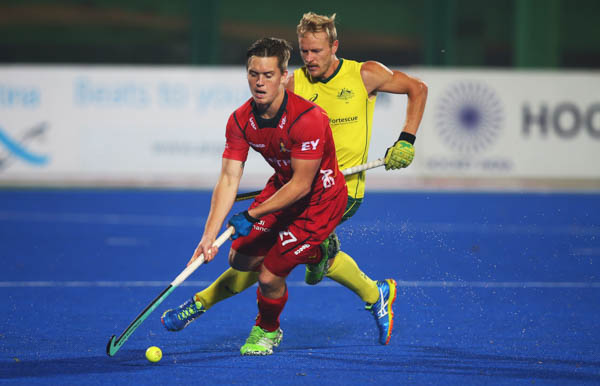 Belgium's Tom Boon will be one of the stars to watch in London this summer Photo: FIH/Getty Images

5. Volunteers
If there is one thing that London 2012 gave the world then it was a template for volunteering. As you travel to the Queen Elizabeth Olympic Park, be certain that you will never get lost of wonder where you are. From the train station at Stratford, the International station at Westfield, all along the roads into the Park and around the ground itself – the unfailingly cheerful army of volunteers are all part of the 2012 legacy.

6. Styles of play
For hockey lovers, the gathering of the world’s best teams is a great chance to see a variety of playing styles on display. For Australia's Kookaburras, it is all about attack. The attack begins with the defence, who will seize any opportunity to turn over the ball and initiate a counter-attack. Germany plays a structured style, very much influenced by the indoor game, but with devastatingly talented players such as Christoph Ruhr on hand to capitalise in front of goal. Korea soak up pressure and then use their speed to counter-attack, while Great Britain are happy to soak up pressure before strong-arming their way forward. India can bring a number of strategies to the table and usually have the advantage of surprise. 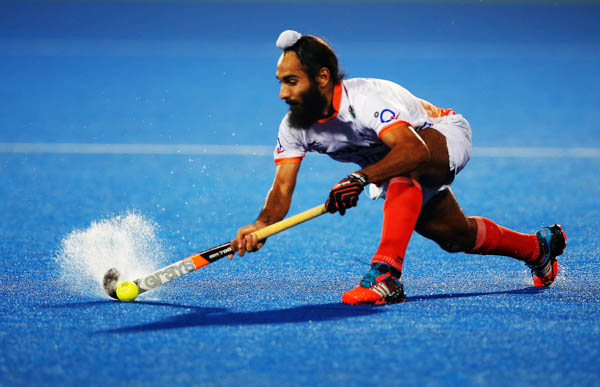 7. The side shows
Anyone who visited the EuroHockey Championships in August 2015 cannot have failed to be impressed by the array of hockey merchandise, activities and food and drink on offer. Stalls selling food from every nation, plus a large refreshment tent where people could gather between games made the whole experience for the spectators really enjoyable. Expect even bigger and better from the Champions Trophy. 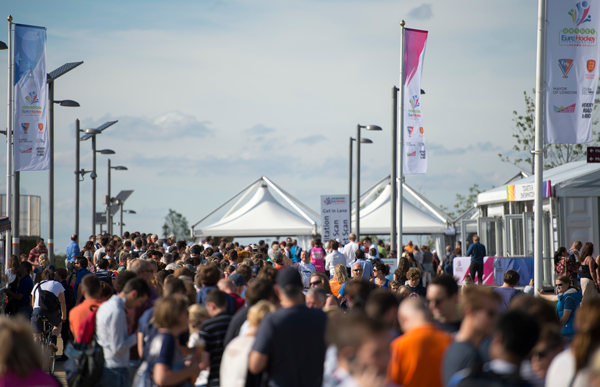 8. Epic encounters
For the sports fans of Australia and Great Britain, any competition from croquet to cricket can set the patriotic fervour alight and the final match on day one will be no different. While the host nation will have numerical advantage, the vast Australian community of London will turn out to back their boys. 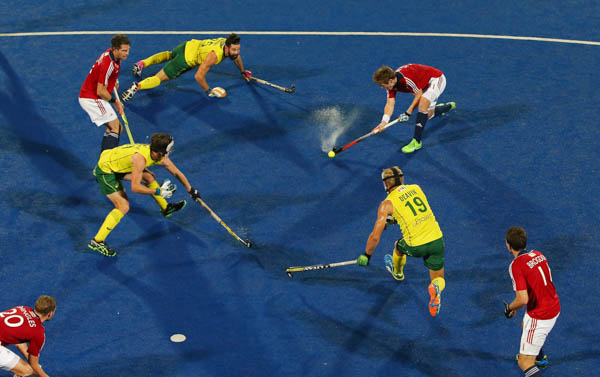 The match between the hosts and the world's top team will be the highlight of the opening day Photo: FIH/Getty Images

9. Drag flick specialists
Chris Ciriello, Yang Jihun, Tom Boon, Rupinder Pal Singh – there is a glut of drag-flicking talent on display at this Champions Trophy and fans will be able to watch their hockey heroes in action either live or through the various media channels. 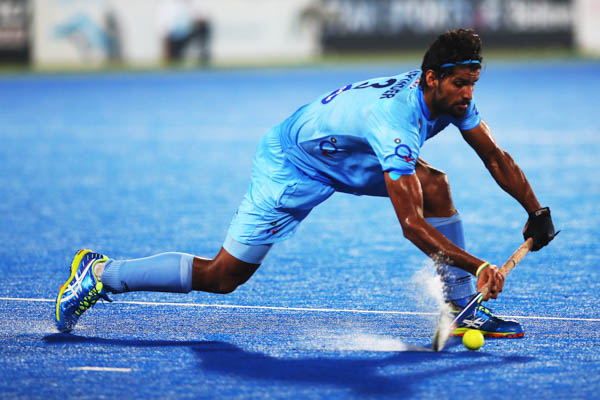 10. Hottest players on the planet
George Pinner and Harry Martin of Great Britain have both dabbled in modelling in the past for a charity photo shoot; Jamie Dwyer has been named as one of the hottest male sports players on the planet by Buzzfeed while Sebastien Dockier and Moritz Fuerste both have film star looks. 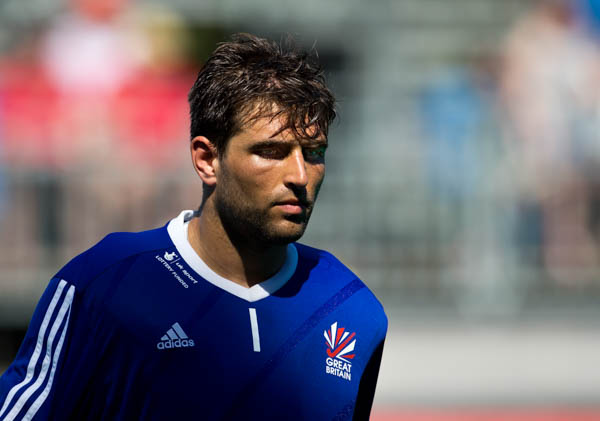