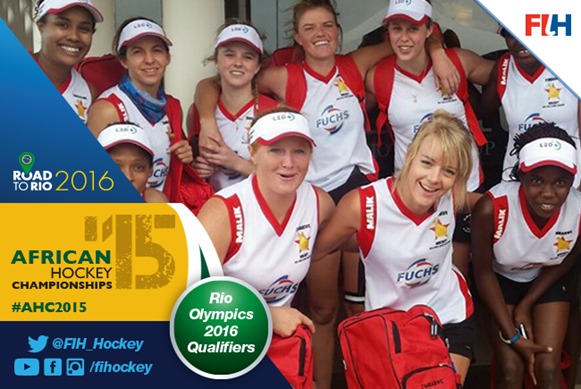 Can history repeat itself for Zimbabwe?

With Zimbabwe ranked 55th in the world, the squad is some way from emulating the team of 1980 who won a gold medal at the Moscow Olympic Games.

That story is referred to in Olympic legend as the "irresistible fairy tale" as the squad had only been assembled a month earlier and had gone to the Games with little preparation and very distant hopes for success.

Today's team also has difficulties in preparing for major international events. Kaulback explains: "The preparation leading up to the tournament has been somewhat disjointed as our team mates are dispersed all over the place. We have players based in Cape Town, USA, myself in Pretoria, and then within Zimbabwe some players are based in Bulawayo and others in Harare."

In the lead-up to the tournament, the players who live in Zimbabwe were able to meet up for a weekend camp and, says Kaulback, the few days the team has had in Johannesburg together has been indispensable. But much of the team's preparations relies on players doing their training in isolation.

"An additional problem," says Kaulback ahead of her team's opening match against Tanzania, "is that three of our players are still not here. They are completing their A-Level school examinations."

During their three days in South Africa, the team members who were able to be there have played a practice match and completed some training sessions.

"This has been tremendous in getting us all together, developing connections, strategies, tactics, and a unified foundation from which we can begin the tournament on a confident and positive foot," says the captain.

Like every team there, a secret dream of Olympic glory nestles in the back of the players' minds.

"We will play our professional and competitive brand of hockey," says Kaulback. "No team is unbeatable. We aim to approach each game with the same energy, determination and hard work as each team poses a threat in their different ways. I would say that South Africa and Ghana would appear to pose the greatest threat."

From her own side, Kaulback says that the team's strength lies in its combinations of players. "We have the experience of the senior players and the flair from the junior players. What is key for us is the connections between the players."

And no matter what happens at this competition, Kaulback is optimistic for the future of her sport in Zimbabwe. "Hockey in Zimbabwe over the past few years has found new life and growth with the transition from grass to astroturf. We now have a brilliant turf in Bulawayo and one in Harare.

"We have not been able to play on turf for more than 10 years. This has elevated the level of hockey in Zimbabwe. We now have 12 competent teams participating in the club league, creating a stimulating and competitive environment for local hockey, which we only hope will continue to grow and develop our provincial and national sides. We are a passionate nation when it comes to hockey."