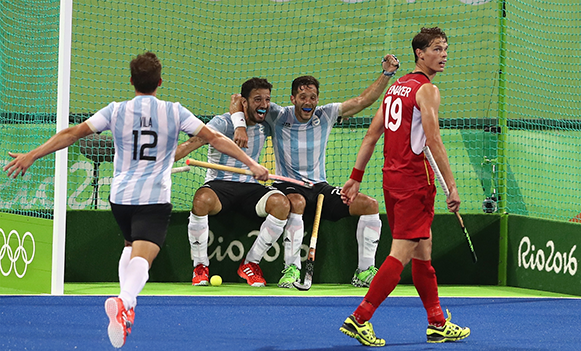 With just a year to go until Tokyo 2020, teams across the international hockey community are pouring their efforts into finding a way to qualify for the Olympic hockey competitions. Just who will join Japan’s men’s and women’s teams – who both qualified as hosts and as Asian continental champions – remains to be seen, but with continental qualifiers and FIH Olympic Qualifiers all taking place in the next four months, this is a busy time for international hockey players.

Agustin Mazzilli is someone who knows what it takes to be an Olympic Champion. The Argentine forward will forever be remembered sitting on the backboard of the Belgium goal at the 2016 Rio Olympic Games alongside team mate Manuel Brunet, arms aloft and a huge smile on his face after he scored the fourth and final goal of the match.

“My greatest and best memory will always be sitting in the goal watching my team mates and friends running towards me screaming ‘We are Olympic Champions’. It wasn’t scoring the goal that was the best moment, it was celebrating with them straight afterwards.

“I just remember shouting ‘Somos campeones olímpicos, no lo puedo cree’ [We are Olympic Champions, I cannot believe it].”

Argentina men won Olympic gold after defeating Belgium 4-2 in the final. It was the first time Argentina had won hockey gold at the Olympic Games – the women’s team have won silver twice, including the previous Olympic Games, London 2012. 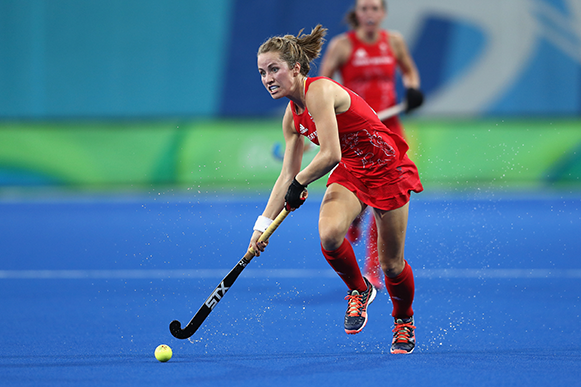 It was also a first gold for Great Britain women – the men's team won gold in Seoul 1988. The team had won bronze at the 2012 Olympic Games but in Rio they took their success to a new level, drawing the final 3-3 with the Netherlands and then winning the match on shoot-out.

Shona McCallin was an integral member of the gold medal-winning squad. The midfielder has been away from international action for the past 17 months through a serious injury but she recently returned to international duty with the Great Britain squad during a test series in Japan.

As she looks back four years, McCallin says: “It was the perfect game – it had it all, goals, missed penalties, late drama and a team winning on penalties. I can’t remember exactly how we reacted when we won, I just know there were a lot of hugs and tears between the squad and the team behind the team.”

Looking forwards, McCallin is understandably cautious. From an individual point of view, she is only now returning to international duty; while from a team point of view, there is still the very important matter of qualification. But she does have this advice for anyone approaching their first Olympic Games: “Prepare, prepare, prepare. Pick the brains of players who have been to an Olympics so you know what to expect and then do all the hard training so you can enjoy the experience.”

And Mazzilli adds: “For anyone going to an Olympic Games, they can of course enjoy the whole experience, watching other sports, exploring the Athletes Village, but don’t forget that you worked really hard over the past four years to be there and the only thing you want to bring back is a medal. Work for that and think on that.”