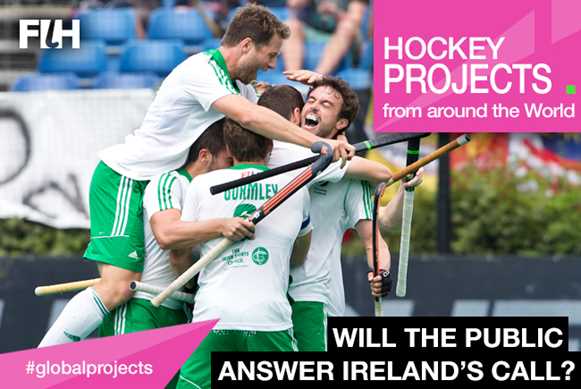 Will the public answer Ireland's call?

2015 was a year of contrasting fortunes for Ireland's senior international hockey teams. For the men, history beckoned as they qualified for the summer Olympics for the first time since 1908. For the women, a flying start to the Hockey World League Semi-Finals saw them topping their pool and heading for Olympic qualification, until defeat in the quarter finals left them devastated and dreaming of what could have been.

“We were just inches from having two teams at the Olympics,” rues acting chief executive of Hockey Ireland, Rob Johnson, referring to the 3-4 loss in the shoot out against China. “But, when you look at what we have achieved – we are the first team sport to qualify for the Olympics since 1948 – we are a sport that is punching well above its weight.”

With Olympic qualification being the defining achievement, Ireland men’s team enjoyed a fantastic 2015. A fifth place finish at the Hockey World League Semi-Finals proved to be enough to secure a place on the plane to Rio, before the team claimed a superb bronze medal at the European Championships in London. That bronze medal was made all the more special as it came at the expense of the host nation, England. The result also moved Ireland men to 12th in the FIH world rankings, their highest ever position.

All of which is going some way to raising the profile of hockey in Ireland. In a land where the team sports of rugby, hurling and soccer take the headlines, Ireland’s hockey players hope they can take a portion of the limelight this summer and turn it into something more sustainable. Player Alan Sothern is hoping that the public will get behind the squad in the way the Irish cricketers were supported in recent World Cups: "We can draw inspiration from what the cricket team did and all the publicity they got,” he said. “I’ve heard from people who weren’t even aware that Ireland had a men’s side. We want people to get behind us now and back us all the way to the Olympics.” 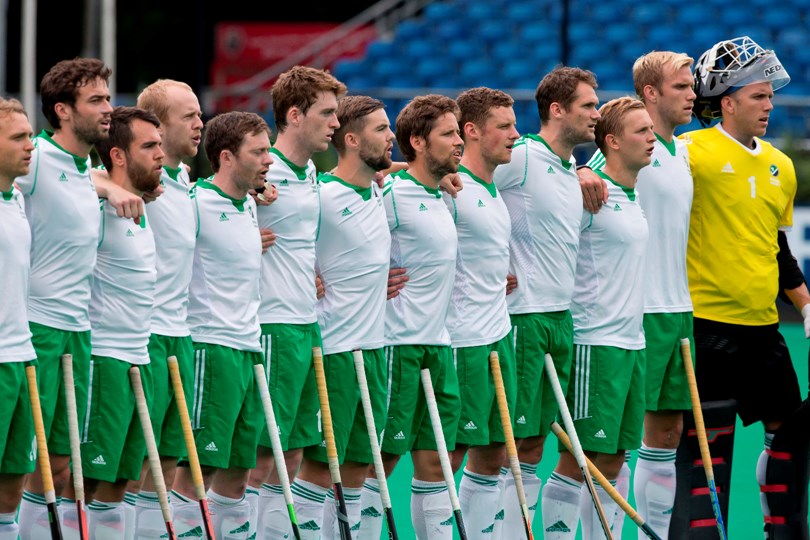 It is a point that Johnson whole-heartedly agrees with. “As a people, Ireland will get behind a team in an event, so we need to maximise that engagement during the Olympics. To that end, we are launching a project to increase the public’s engagement within the next few weeks – watch this space!”

The major problem that Hockey Ireland faces, and one it shares with many other sports, is a lack of funding. While the elite programme receives state funding, it falls short of what is needed to meet the demands of international sport. While sponsors are showing a lot of interest, they have yet to firmly commit. And with a few exceptions, the players are not professional hockey players, so a large financial burden falls on them. “Apart from the few who play in the European leagues, most players are in work, so training and participation means taking unpaid leave,” says Johnson.

Currently, Ireland men are taking on fourth ranked Great Britain in a three-test match series, while the women have travelled to New Zealand to compete in the prestigious Hawke's Bay Cup. The men are busy raising funds to finance the travel they will need to do as part of their Olympic preparation, but these are efforts that Johnson believes are worth making in order to keep Ireland on an upwards trajectory. He explains where he feel both teams are.

“The men failed to qualify for London 2012 by just seconds and they channelled that pain in a positive way to reach new levels. The women are going through that process now. They will learn a lot from Hawkes Bay, where they are competing against some top ranked nations. By Tokyo 2020, the team will be coming to maturity. Right now, the men are making history and the women are moving forwards at pace; we need to educate the public and the media to recognise our achievements.”