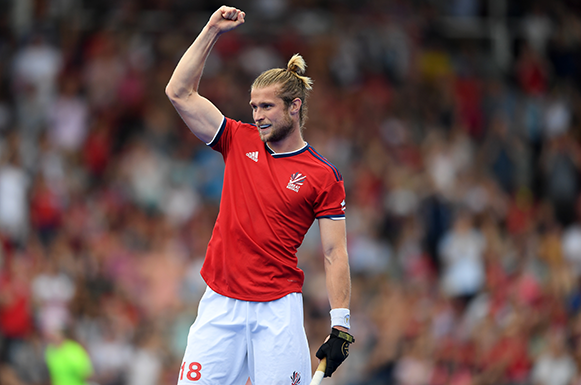 It is an athlete’s worst nightmare. You know from the searing pain that something has been damaged in your body. Now you are waiting for the physiotherapist or doctor to confirm the extent of the injury and predict how long you will be out of the game. What you really need, as a recovering athlete, is time to heal properly and no compelling reason to rush back to competitive sport – both factors are very difficult to achieve in the high pressure world of elite sport.

For Great Britain’s Brendan Creed, the first reaction on learning that he had ruptured his anterior cruciate ligament (ACL) and would be out of the game for a year was to lurch to the sink to be sick.

Then he allowed himself 45 minutes to cry and let all the emotion out. It was October 2019 and just nine months from the Tokyo 2020 Olympic Games. If things had been different, Creed would have been ruled out of an Olympic place.

“I guess I was an accidental beneficiary from Covid-19,” says the 27-year-old England and Great Britain player.

What Creed means by that is that the time spent away from competitive hockey because of lockdown restrictions has allowed his body time to recover. He says after rehabilitation he was as physically fit as he had ever been. At the same time, the postponement of the Games gives Creed an extra year to get back into the pace of competitive hockey and earn his place on the plane to Tokyo. 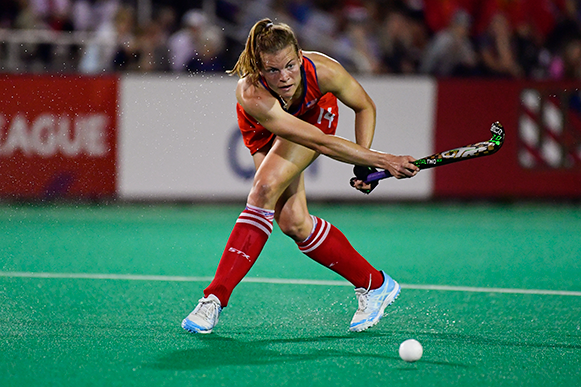 Julia Young is a defender with the USA national team. She also suffered injury prior to Covid-19 lockdown, and was told she would need six to nine months to recover, two of which were to be non-weight bearing.

“I had a large osteochondral lesion on my femoral condyle and a small satellite lesion as well, due to my lack of meniscus from two previous knee surgeries,” explains the 25-year-old.

“Lockdown definitely did make my experience less stressful,” she says. “I didn’t feel the need to push myself through pain in order to be back as soon as possible. I felt like I had enough time to rehab my knee and listen to what my body was telling me. If it was a case of “too much too soon” then I could dial back on the load. I was still able to go to physical therapy at Drayer throughout lockdown so that was extremely helpful and beneficial.” 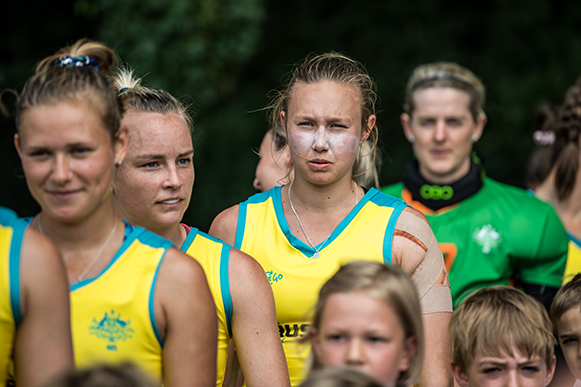 Australian duo Renee Taylor and Daniel Beale are also two athletes for whom time is proving a great healer.

Taylor, who is approaching 100 caps for the Hockeyroos, partially tore her deltoid ligament in her ankle in March. This meant she spent six weeks in a ‘moon boot’, and then spent another 12 weeks getting back to a point where she could run. As she says: “I was only back running in early June so I would have really been pushing it to be selected for Tokyo and being fully fit for the Olympics.”

“The lockdown allowed me to be really thorough with my recovery process and I could take the rehab process slowly… we didn’t have to push it like we may have had to if the Olympics had gone ahead this year.”

Taylor says recovery was made challenging because she returned home to her parents’ house in Brisbane during lockdown, meaning she didn't have access to the medical staff in Perth, where the Australia Hockey high performance centre is based. She was able to see a doctor who specialised in ankle injuries but not being able to attend the gym in Perth, where specialist staff would have helped the rehab process, presented some challenges. 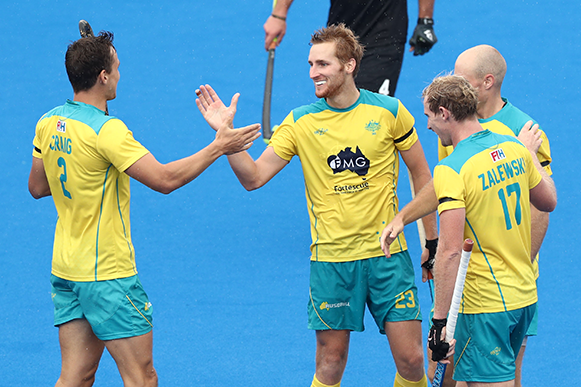 For Beale, a key member of the Kookaburra’s midfield, the enforced break since March has proved an invaluable time to get a long term hip injury corrected. He says: “I had a hip operation to fix a long term issue I have been dealing with. It requires six months of recovery time to go from the operation back to returning the elite level, so with that duration there is never really a good time in an international year to do it… normally you would miss 15-20 international matches and a few tours, so with COVID and the situation knowing there is probably not going to be any hockey for the rest of 2020, it was a good chance to fix it up and get it right for next year.”

Beale encountered some problems ahead of the operation as elective surgeries, such as his, were cancelled for a while. This meant he had the operation later in the year than he originally intended.

“I had to wait a couple of months for things to ease,” he says. “Knowing that there was not going to be much on for the rest of the year there was a bit of stress in accessing the medical facilities but then once I was able to have my surgery some of the pressure released knowing that I wasn’t in any rush to get my rehab done quicker.”

The outlook for all four athletes is good. Creed is back playing club hockey and training with Great Britain ahead of their opening FIH Hockey Pro League match in October.

Taylor has been back in full training since early July although she has suffered a few minor setbacks and niggles. She says: “I am still not at the fitness levels I was before the injury but I have the time now to focus on my fitness and get fully fit.”

For Beale, the recovery process is at the mid-way point. “I’m currently just over three months post the operation which puts me three months from completely unrestricted hockey. Three months into this injury the workload is still pretty light on so I’m still yet to run but it should be completely healed by now. From here until the end of the year is the journey of trying to get back fully into hockey so I’m looking forward to getting back onto the training track.”