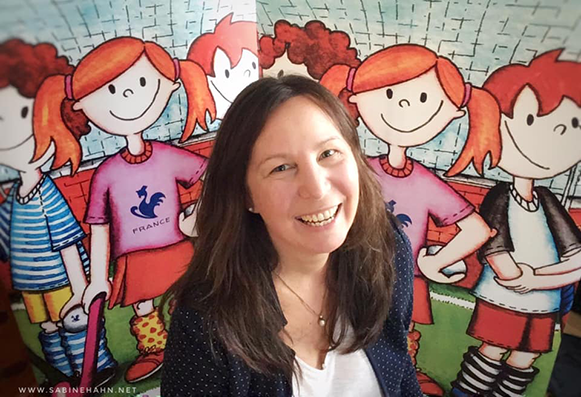 The hockey community gets creative with their time

Members of the international hockey from across the globe have been tapping into their creatively to connect with the wider hockey family.

The lock down and the restrictions on playing and training has not stopped the hockey community continuing to spread love for the game. While we have all seen plenty of examples of online coaching courses that have helped players and coaches to develop their skills and knowledge, there are also an emerging number of stories demonstrating the creative side of hockey and showing how it can be used to connect to members of the hockey community around the globe.

In Chile, players from the men’s and women’s national teams joined forces with the Chile Hockey Federation to organise and run a nationwide contest. The challenge took the form of a video presentation. Clubs were asked to put together a video focused on passing the ball, making the activity as creative as possible.

The response was huge, with more than 70 hockey clubs from all areas of the South American country taking part.

“It was super enriching to know that there are teams that we didn't even know existed, that they are there and they train. In other words, there are hockey players everywhere” says Chile women’s national team midfielder Mariana Lagos who, along with Captain Camila Caram, was the driving force behind the initiative.

Not only did the clubs get to connect with the national team players but the Federation gained invaluable insight into where the game has extended in recent years. As men’s national team athlete Juan Ignacio Amoroso says: "I think we had very little information on how big the hockey family is in Chile. It has always been very centralised and this was a good opportunity to get to know regional hockey ”.

The Australian men’s and women’s teams have been tapping into their musical roots as they have shared some of their favourite tunes on social media.

For the opening playlist, Tom Craig, Lachlan Sharp and Tim Brand revealed a chilled and eclectic song choice. Craig went old school with ‘My Girl’ by the Temptations; among Sharp’s choice was Rudimental’s Feel the Love; while Brand turned to Danza Kuduro by Don Omar and Believe by Cher.

"It's just really another means to stay connected," says Lynch, "both with your team mates and people who follow the team. Plus, it might just bring an artist to people's attention that they hadn't heard before or that they had forgotten about. It's just a bit of fun."

Meanwhile, Sabine Hahn, whose Hockey Kids series of books for children has become a global hit, took to her drawing pad to overcome the restrictions imposed by Covid-19.

Among the free activities the author and illustrator has published in recent months are: an Online Puzzle entitled “All will be well”; a downloadable Activity Calendar, which is available in five languages and comprises 24 daily activities for kids: drawings, hockey exercises and riddles; an Activity sheet, which shows five exercises and is available in five languages, and a Drawing Contest.

Hahn, who prior to lock-down had been giving book readings at a number of top level hockey tournaments, said: “It was hard for me to accept this unreal situation, stealing from me all the lovely contact with my tiny readers and all happy reading moments that were planned,”

Hahn remembers the first shutdown moment. “I thought of all these kids who had now to stay at home, without hockey, without their friends … and I wanted to give them a little diversion accompanying and beyond my books.”

The activities, which are aimed at children from 5-11 years, are all available for free on her website www.sabinehahn.net in Dutch, French, English, German and Spanish.

“I can’t wait for my next readings that are planned in several German schools with around 400 children in November and those in Switzerland next year during the EuroHockey 2021 U16, U18 and U21 tournaments, where we can hopefully celebrate our loved sport together again.” says Hahn.