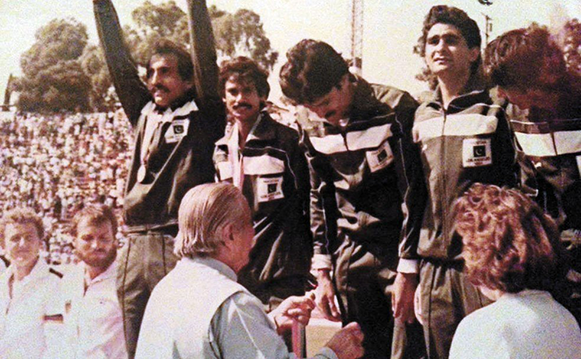 As we continue our series of feature stories marking the original event dates of Tokyo 2020, we speak to Nasir Ali, a key player with the Pakistan team that won gold at the Los Angeles 1984 Olympic Games. The defender – who represented the Green Shirts from 1981 to 1988, making 150 international appearances – looks back at what was Pakistan’s third Olympic title, his memories of playing alongside the great Hassan Sardar and the impact that winning Olympic gold has had on his life.

Hi Nasir, thank you so much for talking to us. You were part of the Pakistan team that won gold at the Los Angeles 1984 Olympic Games. What are your memories of that competition?
Nasir Ali: “The most exciting thing for any player who plays internationally is to be a part of the Olympics. Being able to represent my country at the Olympics was a big deal for me. The sense of pride and honour you feel is inexplicable.  We were all so overwhelmed. We were a team of 16, 14 of which were participating in the Olympics for the very first time. The captain and vice-captain had played in 1976 Olympics. I still remember that before leaving for US, during all our training sessions, our coaches would motivate us, and every day we would stare at the posters plastered on the walls of our rooms that said: “WE ARE GONNA BRING THE GOLD MEDAL HOME.” We had little experience, but we were fighters who had strong determination and perseverance.”

What were your favourite moments in Los Angeles, and which result on the way to the gold medal made you think “we really can win this”?
Nasir Ali: “In our pool, we did not lose a single match. It was either a win or a draw. The first match, against New Zealand, was a draw, second against Canada was a win, third was a draw with Holland, fourth against Kenya was a win before a draw against Great Britain in the fifth match. After the match with Great Britain in the morning, we were very sad and demotivated – we felt we had lost our chance because it left Holland needing a 5-0 win against Kenya to qualify for the semi-final, which we thought they would do.

“We were there in the stadium to buck up the Kenya’s team. We were yelling and praying for their win. When the game ended 3-0 to Holland, we qualified for the semi-finals [ahead of the Dutch] on the basis of goal average. At this point, our morale became really high and we felt hopeful that we could actually win this. But, our [semi-final] match was against Australia, the strongest team in the competition. When we won 1-0, at that point we just knew it and nothing could stand in our way. We were mentally at peace and confident that the gold medal was going to be ours. We were very motivated and positive.

“The final was against Germany, and we won 2-1. When our team was called to the victory stand and our National Anthem was playing, with my country’s flag being raised, it was the proudest moment. We were all crying tears of joy and running in the ground and thanking the crowd who were cheering for us. It is my sweetest and fondest memory from 1984 Olympics.” 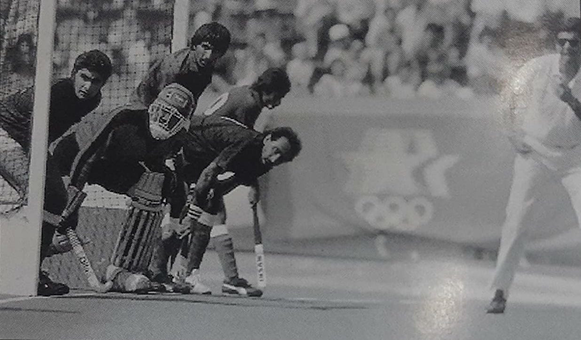 Hassan Sardar was at his brilliant best in Los Angeles, scoring ten goals including both in the semi-final and final. How important a player was he for Pakistan, both during this competition and throughout his career
Nasir Ali: “There are two kinds of players. Those who work very hard to get to the top and spend their whole life trying to perfect their skills, and those who are God-gifted with talent. They already have it in them. Hassan Sardar was a player unlike any other. He was phenomenal throughout his career and always exceeded the expectations. The team was always under tremendous pressure and incomplete without him. His mere presence in the ground would uplift our spirits. It takes the efforts of the entire team to win any match, and because of his outstanding goals in the semi-final and final, we won the gold medal.”

How did your life change after winning gold in Los Angeles?
Nasir Ali: “When you become a gold medallist, fame and a nation’s love follows. I received respect and admiration at every event that I attended. The words ‘Olympic gold medallist’ were added before my name was announced, which made me very proud.” 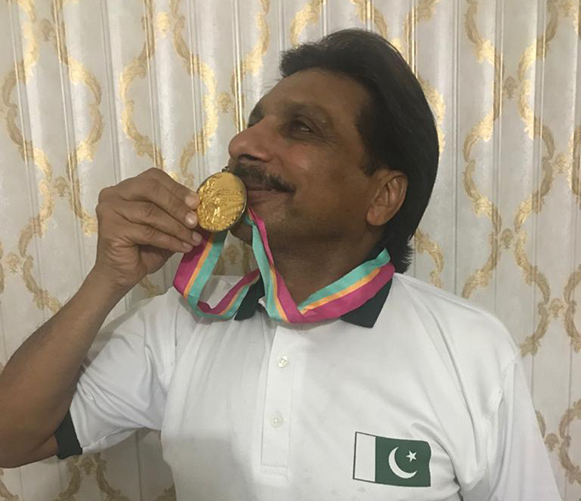 Finally, what does being an Olympian mean to you?
Nasir Ali: “Once you win the Olympics, you become the nation’s pride. The youth looks up to you and want to become like you. They feel motivated and want to follow in your footsteps. You receive love, admiration and respect of the nation, and that is priceless. Once you become an Olympian, you have a big responsibility on your shoulders and have to work even harder than before. You make sure your performance is up to the mark so that you don’t let down your people.”

On this day – 5 August 1984: A crucial contest took place in the women’s competition at Los Angeles 1984, as the Netherlands moved a step closer to a first Olympic title with a comprehensive 6-2 triumph over West Germany, who would finish the round-robin competition as silver medallists. Fieke Boekhorst and Sophie von Weiler both scored twice, with Marjolein Eijsvogel and Marieke van Doorn also contributing to the score-line.