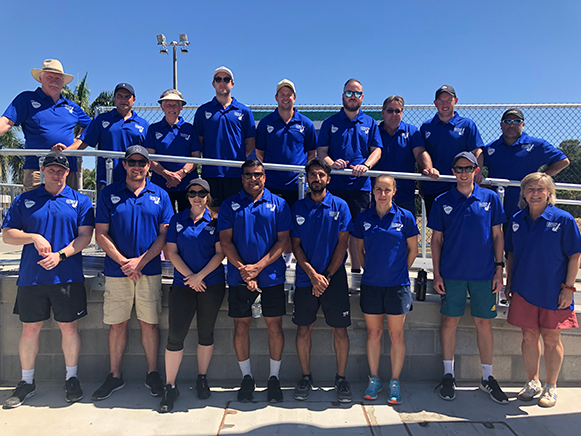 Sharing knowledge is key to FIH Academy work in Oceania

It was all about the hockey in Rockhampton, Australia, as the Oceania Cup, the Oceania Hockey5s and two FIH Academy courses all took place over a six day period of intense activity.

While the hockey was reaching its exciting climax on the pitch as Australia men and New Zealand women booked their tickets to the Olympic Games Tokyo 2020, so the next generation of coaches and educators were going through their paces on two well-attended courses. In addition, the course leaders spent time with the three nations participating in the Hockey5s, giving player and coach feedback and acting as mentors for the coaching staff.

The FIH Academy Educator course ran for two days from 1-2 September and had 19 candidates on the course, from Australia, New Zealand and Singapore. Among the candidates was Oceania Hockey Federation (OHF) president Clare Prideaux. In reaching the status of FIH Educator, Prideaux becomes the second member of the FIH Executive Board, alongside PAHF Maureen Craig-Rousseau - to be an FIH Educator.

The ability to share different perspectives and to become more self-reflective were two of the outcomes highlighted by candidates at the close of the course.

Speaking about the course, Prideaux said: “I am passionate about learning and development, and I value the power that education has to build people’s capability and in turn grow the game of hockey in equally amazing ways across every continent.

“It was a privilege to be part of the FIH Educator and Coaching Courses and gain first hand experience of the interactive, professional, globally relevant and inclusive approach that FIH is taking with people development. This was only the second FIH course delivered at this level in Oceania and we would love to see more delivered here in the future.

“Congratulations to FIH course designers, FIH endorsed presenters, OHF and, most importantly, the participants who devoted time and money to attend and grow.”

A further 12 candidates converged on Rockhampton to take part in the OHF-FIH Academy Level 3 Coaching Course, which ran from 3-6 September. Both Mowat and Vohland were also part of the team delivering this course and they were joined by Pat Barwick, FIH Academy Trainer, Sport New Zealand Trainer, and the New Zealand women’s Head Coach at the 1992 Barcelona Olympic Games and Nicole Youman, FIH Academy Trainer, Community Coaching Manager for Hockey New Zealand. In line with the FIH #EquallyAamzing ethos, all four presenters kept gender equity principles at the heart of their course delivery.

The 12 candidates on the coaching course came from Australia, New Zealand and Pakistan. Among the coaching skills covered on the course were the concept of taking an athlete-centred approach and advice on how to effectively use video technology.

Gill Gemming, speaking on behalf of the OHF, said: “Oceania Hockey Federation was delighted with the calibre of participants who were involved with both the FIH Coach Educators and the L3 Coach workshops held in conjunction with Oceania Cup in Rockhampton Australia. The Coach Educators course had a group of experienced officials participating and their involvement enhanced the range of presentations. The Level 3 coaches had the benefit of viewing the first Oceania Cup Olympic qualifying matches and mixing with high performance coaches of the participating teams.

“The presenters John Mowat, Barry Vohland (AUS), Pat Barwick and Nicole Youman (NZL) prepared well for the courses by having several conference calls leading up to their arrival in Rockhampton. The positive outcome was that all four presenters are leaders in their own nation’s education pathway and delivery and, as such, they were able to collaborate and share delivery methods, approaches and resources which will have a spin off in both Australia and New Zealand, as well as an impact on resources available the developing Pacific Island nations.”

After the courses had finished, three of the presenters stayed on to act as mentor coaches for the Pacific Island teams, Papua New Guinea, Solomon Islands and Tonga, who were all participating in the Oceania Hockey5s. Sharing knowledge in this way is core to the FIH drive to promote hockey professionalism across the globe.