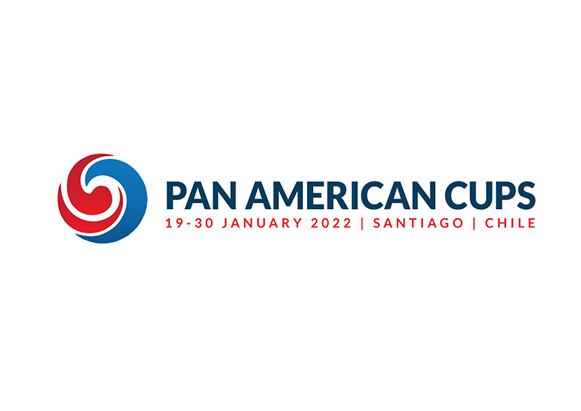 The sixth editions of the Men’s and Women’s Pan American Cups, which take place in Santiago, Chile from 19 January until the 30 January are set to be two scintillating competitions, all the more appreciated by the teams following months of interruption to hockey activities – due to the ongoing Covid pandemic.

The stakes are high for the competing teams. The top two teams in the men’s competition and the top three in the women’s event will also qualify for the next blue riband event in international hockey – the FIH Hockey Women’s World Cup in Spain and the Netherlands 2022 and the FIH Odisha Hockey Men’s World Cup, Bhuabneswar and Rourkela 2023.

For Technical Delegate in Santiago, Lurah Hess (USA), the build up and preparation for the event has been thorough and she is now looking forward to some hockey in Santiago.

‘I’m looking forward to reuniting with those qualifying teams for another successful event in Chile. The officials have been working hard to prepare: meeting on Zoom, checking documents, and watching videos. We are ready for hockey and excited to be pitch side as the matches unfold to determine who we will watch at the men’s and women’s World Cups.

‘And personally....as much as I enjoy a walk on a snowy day, I wouldn't be lying if I said I'm more than ready for some southern hemisphere summer warmth!’

In the men’s competition, reigning champions Argentina (FIH World Ranking: 7) will face some stiff competition from Canada (WR: 11), who will be looking to build on the experiences gained at the Olympic games Tokyo 2020. They will also find Chile (WR: 29) eager to repeat the feat their junior national side achieved at the Junior Pan American Championships when they won the competition and became the first team to beat Argentina in the process.

Lucas Rey, 2016 Olympic gold medallists and head coach to the Argentina side who won a gold medal at the Junior World Cup, says it will be an exciting competition because so much is at stake. ’It is very important competition because it allows a team to qualify for the World Cup. Argentina is making some changes and there are a few players who will be playing for the senior team for the first time.’

Of the opposition who could steal Argentina’s thunder, Rey says Canada have a very strong, experienced and talented side. In the interview, which can be seen in full here, Rey said that there was also a strong challenge coming from the other South American team in the competition – Chile.

‘Chile in particular, is really improving. They have quite a few players who play in Europe so they are bringing new experiences back to the national team.’

For Rey, increased competition can only be a good thing. ‘It is similar to Oceania,’ he says, ‘where Australia and New Zealand are far ahead of the other teams in the region. To improve as a team, you need regular, strong competition, so it is good for everyone if teams like Chile and Peru challenge the higher ranked nations.

Eight teams line up to contest the competition with a coveted qualification spot at the FIH Odisha Hockey Men’s World Cup 2023 Bhubaneswar and Rourkela at stake.

in the women’s competition, Rey says the team to beat will be the all conquering Argentina. Las Leonas have not been beaten in this competition since it began in 2001. In the last edition, which took place in 2017 in Lancaster USA, Argentina beat Chile by a convincing 4-1 scoreline in the final.

As with the men’s competition however, Rey says there are teams who can definitely challenge Argentina’s hold on the event. ‘There has been a lot of investment into the Chile team and Uruguay has the benefit of a new national artificial turf, the first in the country.

‘The Argentina side have a few big changes, so it is time for the players to show they are ready to be there. It is time to shine and perform.’

Looking at the forthcoming competition, it is hard to see past the Olympic silver medallists Argentina in the women’s competition. Although Las Leonas will be without the services of their highly respected and long-standing penalty corner specialist Noel Barrionuevo. Agustina Gorzelany proved her ability from the top of the circle at the Olympic Games. In Julieta Jankunas, Agustina Albertarrio and Valentina Raposo, there is a generation of players waiting to take on the mantle of national sporting icons.

The challenge is likely to come from one of the north American teams. USA is looking to bounce back after a period in the doldrums.No Olympic action and a hugely disrupted FIH Hockey Pro League campaign – due to Covid travel restrictions – has limited Anthony Farry’s ability to really push his team. This could be the USA’s chance to get back to winning ways.

Canada is another side who would like to kick start their upward trajectory. They also failed to qualify for the Olympic Games Tokyo 2020 and would like nothing more than to get onto the higher ranks of the podium. Anything higher than a third place finish would be a best result for Canada in this competition.

In the men’s competition, there is always the chance of an upset. Canada are resilient and experienced. Even without their talisman Scott Tupper, who retired early this year, the Canadian side is packed full of players who have had World Cup and Olympic experience. The Canadian team are also new entrants to the FIH Pro League and so will have been doing some additional preparation for that competition in order to hit the ground running in February when the Pro League gets underway.

For Rey, the prospect of seeing players back on the pitch is an exciting time: ‘It will be amazing for the players to be back on the pitch. There is always a great atmosphere between different teams. Many of the players from across Peru and Chile play club hockey in Argentina so they will enjoy playing against their Argentinian team mates. And Chile is a fantastic host, so it will be a really good competition.’