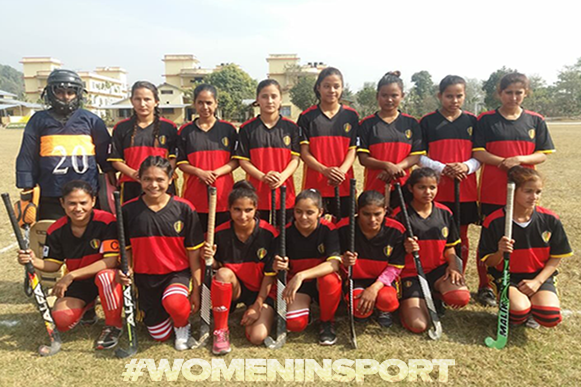 The Nepal national women’s team has ambitious plans to become the second best hockey nation in the South Asia region. If the team achieves this aim it will be a remarkably speedy rise up the ranks as the national team has only existed for three years and does not yet have a FIH World Ranking.

The fact that the Himalayan country has a national women’s team is largely due to the development work of the Asian Hockey Federation (AHF), which has targeted gender equality through its Hockey Assisted Programmes. There is also a push by the AHF to develop hockey more generally in second and third tier nations, as the federation seeks to close the gap between India and the rest of the South Asia region.

The desire to create a successful women’s hockey programme in Nepal is shared by its national association. Anil Sharma, Vice President of the Nepal Hockey Association (NHA) says: “The objective of the association, it’s members and coaches is for the women’s team to become the second best team in South Asia region after India”.

Nepal Women’s team was formed in 2015; its squad of 30 players comprises high school and college students or women playing in an adult league, known as the Services Division. Those players who have left education are encouraged to work in the government services as they will then be supported as they represent their country. 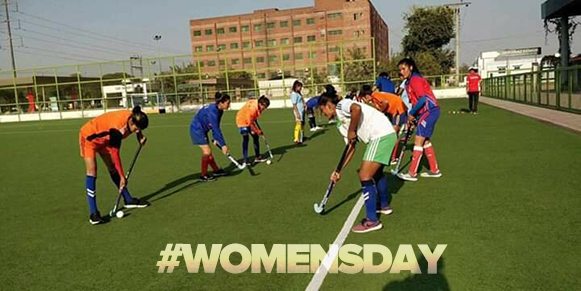 The availability of training facilities and high level coaches has been a challenge but the AHF and NHA have worked together to find solutions. The result is a training camp in Lahore, Pakistan, where the national squad will be coached by FIH high performance educators and AHF experts. Nepal’s own home-grown coaches will also benefit from coach education courses and the chance to work alongside international coaching experts in Lahore.

In addition, while at the training camp, the Nepal team will be able to get some quality opposition from local Pakistan clubs and provincial teams.

While the long term aim is to rise up the rankings, the early stages of the team’s development is all about educating the players on becoming international hockey athletes. The training camp will help the players develop skills, tactics and game awareness and understand their own strengths and weaknesses.

"We also aim to provide career development and job opportunities for women athletes, in order for them to mainly focus on the game with a sense of career security"
- Taimoor Waqar, Asian Hockey Federation

As Taimoor Waqar of the AHF explains: “Opportunities will be presented for Nepal to participate in second and third tier competitions, but in the initial stages it is imperative to stimulate and activate the Nepal women’s team, rather than chasing the high performance route.”

There are challenges facing the Nepal women’s team in their pursuit of excellence. Travelling from Nepal to Lahore is costly, both in financial terms and in time. Many of the team work, others are studying full-time, so balancing hockey and career is a priority. Further down the line, once Nepal start playing international fixtures, then the cost of supporting the team rises.

These, along with global concerns about security issues, are all challenges that the AHF and its member nations are working hard to mitigate. Taimoor Waqar speaking on behalf of the AHF development department, says: “The geographical spread of Asia is a challenge for teams to play each other and participate in tournaments. Also, as of now the current global security situation is a limitation and a hindrance. Hence our main aim is to shorten the distances teams have to travel, making it more convenient for our national associations.

“We also aim to provide career development and job opportunities for women athletes, in order for them to mainly focus on the game with a sense of career security. Such efforts will allow us to develop expert coaches, that gain expertise through our programmes and then become educators in their own region.”

One of the AHF’s long-term goals is for more Asian teams to be represented at top level competition. The case of Nepal is a clear example of a national association working closely with the continental federation, tapping into the international hockey communities knowledge and expertise, to create a strategic development plan.

“It is definitely a challenge,” says Waqar. “But, with our aligned objectives, strategic direction, focus on development, highly skilled staff and very close ties with the national associations we are making progress across the South Asia region.