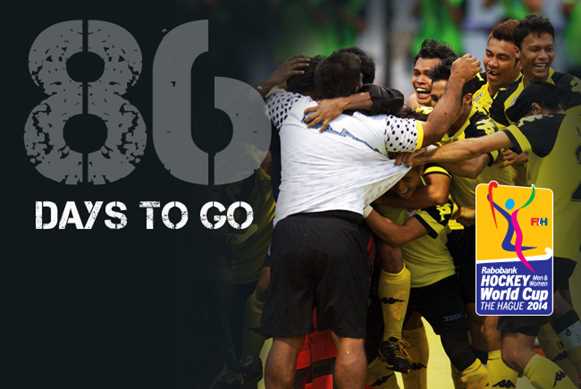 Malaysian men's hockey team has history on its side

When you ask a Malaysian to name his or her favourite sports, the chances are that hockey will feature heavily. And this is demonstrated by the number and quality of hockey events that the south-east Asian country has hosted in recent years, as well as the excitement and festival atmosphere that the Malaysian supporters bring to these occasions.

Kuala Lumpur played host to the first Commonwealth Games to include hockey as a sport in 1998, and won a silver medal in that event, losing out 4-0 to Australia in the final. In another first, Malaysia hosted the World Cup in 2002, the only (single) World Cup to feature 16 nations – something the FIH is re-introducing in 2016. It was also the first time squads were allowed 18 players instead of the standard 16, to counter the very hot and humid conditions.

The jewel in the crown for Malaysia, and it's hockey home, Kuala Lumpur, is the annual invitation-only Sultan Azlan Shah tournament, named after the ninth King of Malaysia, Sultan Azlan Shah, a keen follower of hockey. At this popular event, which has been held since 1983, and annually since 2003, 14 teams compete for the title. While Malaysia has never won the event, they have been runners-up on four occasions, most recently last year, losing out in the final to Australia.

The Junior World Cup has been hosted in Malaysia three times, most recently in 2009. Malaysia has finished fourth on four occasions.

Malaysia's most capped player is Kuhan Shanmuganathan (341 caps), who played for the national team from 1996-2007. The second most capped player, Chua Boon Huat, was tragically killed last year in a traffic accident. When he died, he had represented his country 337 times. Of the current players, Azlan Misron is the most capped, with 314 appearances. Azlan was captain of the national side which won bronze in the 2006 Commonwealth Games.

Malaysia has a long history of playing hockey. While the first regulated game was played in England in 1886, the first formal match in Malaysia took place just 12 years later in Kuala Lumpur, between Harris’ XI and Whitley’s XI on Nov 30, 1898.

The first international was played in 1932, and the opponents on that occasion were the Indian Olympic squad. The Indian team had won Olympic gold in 1928 and again in the year of their visit. They then remained unbeaten at the Olympics until 1960. Perhaps unsurprisingly, the visitors won 7-0. A national hockey body was formed in 1947 and eight years later, Malaya, as it was then known, competed in the 1956 Olympics in Melbourne, where they finished ninth. Their best Olympic result to date was at the 1972 Olympics where they finished eighth and recorded four wins, including beating Spain and Argentina.

In the Hockey World Cup, Malaysia have qualified seven times, including this year. Their best finish to date is fourth place in 1975, when they were hosts. This included a 2-1 win over the Netherlands. A similar result at the Hague in this year's Rabobank Hockey World Cup would certainly cement Malaysia's place at the top table of international hockey.