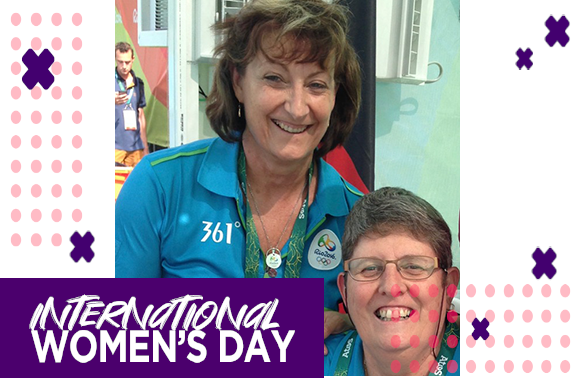 International Women's Day gives the global hockey community the perfect opportunity to showcase and celebrate some of the great work being carried out by women across the world. Many of the women celebrated during our week-long recognition of achievements have become leaders within our sport and are the driving forces behind change, progress and development.

Whether it is having the vision to provide leadership experience opportunities through  coaching hockey or whether it is developing the skills to lead a national team, these are all instances where the hockey community is demonstrating yet again, its huge and uncompromising approach to equality in all aspects of life.

As we continue our week long celebration to mark International Women’s Day, we meet three women who have been the backbone of African and international hockey for more than four decades.

When it comes to familiar faces within the African hockey community, or on the wider international hockey scene, there are no better known characters than Ginny Ross, Marelize de Klerk and Sheila Brown.

All three women have known hockey at every level of the game and in roles that cover just about every aspect of the game. Their pathways have crossed many times, as officials and administrators within the game, and right now Sheila and Ginny are working closely to ensure continuity at the continental federation as Sheila has just taken over the reins from Ginny as Vice President of the African Hockey Federation.

Ginny’s pathway into hockey began as a school girl in Zimbabwe. She was selected for the Zimbabwe national team and continued to play elite level hockey until the birth of her children.

Over the past 30 years the energetic Zimbabwean has developed a portfolio of hockey roles that would fill a text book. An FIH international umpire, FIH Level 3 Coach, administrator – including at the Rio 2016 Olympic Games – and various positions on both the Zimbabwe Hockey Association (HAZ) Board, the Africa Hockey Federation and the FIH.

Talking about her enthusiasm and drive to develop playing and coaching talent, Ginny says: “I am passionate about hockey and I work hard for the sport throughout Africa.  I am always there to encourage and help others within the game wherever I can.”

For South Africa’s Marelize de Klerk, it was the fact that hockey was such a gender balanced sport that drew her in as a youngster. “I just loved the interaction between the guys and the girls and the fact we could all socialise together after matches.” 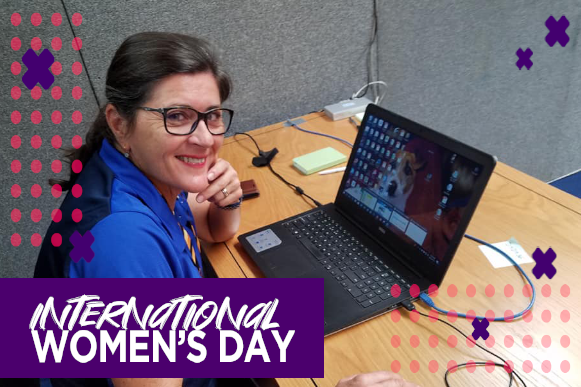 Marelize took up umpiring by accident – the appointed umpire failed to arrive for the match. She says “My strategy in that first game was, just stay near the game, blow your whistle, point in any direction, but look them in the eye. A couple of years later I umpired my 150th senior international on the very same field.”

Since then, Marelize has umpired at three Olympic Games (Sydney 2000, Athens 2004 and Beijing 2008 – where she umpired the final). At the Rio 2016 Olympic Games, she was umpire manager, and it will be a high five this year when she reprises that role at the Olympic Games Tokyo 2020. She also has a place in the history books as the first female umpire to reach the 200 international match mark.

Away from the umpiring side of things, Marelize was a member of the African Hockey Federation Executive Committee from 2010-2017 and is currently on the FIH Competitions Committee.

Marelize’s commitment to the sport is immense. She says: “After the Sydney Olympics, which I loved, but which was such a big moment and experience, I decided to do things differently for Athens. I changed my training programme, started to umpire in the men’s league, I introduced eye gym and mental training into my routine. I just tried to move my approach to the game to a much more professional level.”

With her fifth Olympic Games on the horizon, there is no doubting the professional approach that Marelize continues to take in her search for excellence.

Known as The Colonel, Sheila Brown is devoted to the sport she first fell in love with as a youngster. With 43 years of active service in one of the toughest environments in the world, the Johannesburg-based police officer used hockey as an escape from the rigours of the job.

While she enjoyed playing, it was organising and administrating where Sheila excelled. She became President of the Southern Gauteng Hockey Association at a very young age and served in that role for more than 20 years.

Her international break came in 1995 when she was asked to judge at an event in the Caribbean. Following that moment, Shelia moved up the ranks to Tournament Director, where she officiated, among many other events, at two Champions Trophies and two World Cups.

Aside from her new role as Vice President of the AfHF, Sheila currently serves on the FIH health and Safety Committee as well as becoming Chair of the FIH Officials Committee.

While an absolute stickler for rules and protocol, Sheila is renowned and respected for her fairness and compassion to everyone she works with in the hockey community. With typical humbleness, she says: “It has always been the greatest honour to have been afforded these appointments.”