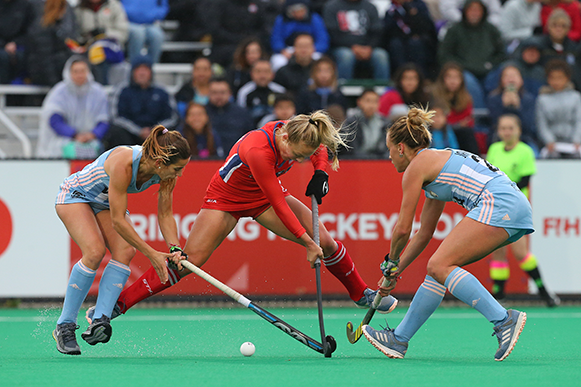 This year sees the 18th edition of the Pan American Games, the vibrant, colourful and exciting multi-sport event that takes place every four years across the PAHF region. For the participating hockey teams there are two prizes at stake: to be crowned Pan Am Champions; and to qualify for the Olympic Games Tokyo 2020.

Peru’s capital city Lima is playing host and President of the Peru Hockey Federation, Gianni Delucchi, is delighted that the men’s and women’s hockey competitions will be showcased on two new hockey pitches, which are part of the Andrés Avelino Cáceres sports complex.

“I don’t know whether to say it is a dream come true or a task accomplished, but now we are looking forward to making much more progress,” says Delucchi. “We are going to rekindle and develop the passion for hockey that we have always had in South America and look to shorten the gaps between us [Peru] and the other, higher-ranked countries in the Pan American zone.”

And there is certainly the prospect of some fierce competition in the hockey events. Eight men’s and eight women’s teams will be competing, with several teams fancying their chances of making the medal matches.

Argentina men and USA women are the defending champions, with the men’s team claiming the honour of being the only men’s team to have won a medal in every edition of the hockey competition – nine gold medals and four silver. Canada are the only other men’s side to have won gold.

In the women’s competition, Argentina and USA have been medal winners in every edition, and they share the gold medals between them, six and two respectively. 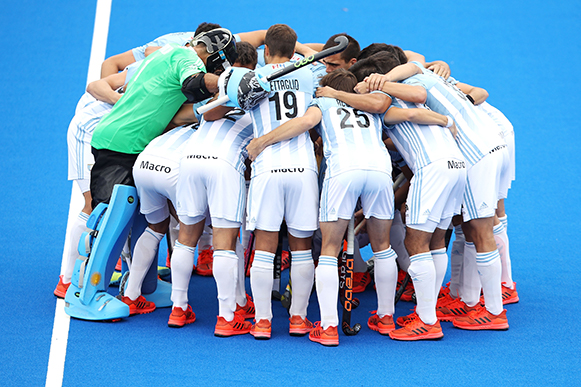 The main threat to continued dominance by Argentina in the men’s event is from their most northerly neighbours, Canada.

The Canadians have had a good year, with an impressive win at the FIH Series Finals in Malaysia, beating the host nation in the final. They currently sit in 10th place in the FIH World Rankings, six places below Argentina but brimming with confidence. Among the players to watch are the silkily skilled Sukhi Panesar and ever-improving youngster Jamie Wallace.

A more distant, but plausible threat, comes from the USA. They also enjoyed a good FIH Series Finals campaign, beating higher-ranked opposition before finishing in fourth place after losing the bronze medal match to Japan. Sean Cicchi will always be a threat for the USA and, in goalkeeper Jonathan Klages, the team has a talented shot-stopper.

While the strength and competitive experience of the higher ranked teams will play a major part in this tournament, particularly as it reaches the latter stages, don’t be surprised if the unpredictable but highly talented Trinidad and Tobago side pull off some upsets. If part of the team, the wily veteran Kwan Browne is capable of inspiring his side to perform well above their ranking.

In the women’s competition it is usually all about Argentina versus USA. Two top ranked teams who, with the exception of 1991, have always been in the top two. This is where you would expect the medals to go, except this year USA have slipped from the rankings to 13, and both Chile and Canada have shown a tenacity and ability that could see them punch high in this event.

Argentina’s quality can be seen all over the pitch; USA have talented players but they are still finding their feet; Chile will use all the experience they have gained in recent years at both the FIH Series Finals and the previous Hockey World League; Canada have a new level of resilience developed after the team spent a year playing their hockey and training in Belgium.

It is difficult to look beyond these four teams as potential medal winners but the competition and rivalry for those top placings will be fierce.

The beauty of the Pan American Games is two-fold: on the one hand, spectators get the chance to see legends of the game such as Carla Rebecchi, Silvia d’Eli, Scott Tupper and Kat Sharkey in action. On the other hand, there is the excitement and sense of newness that surrounds the emerging nations. Uruguay, Mexico, Peru and Cuba – these are places where hockey is growing exponentially and the Pan Am Games is the perfect platform for them to spread their wings.

Delucchi sums it up perfectly: “The main legacy we want to create is to have a new home for field hockey not only for Peru, but for the Pan Am region.

“We will take up the challenge to grow the sport locally and to host events, taking advantage of the quality of these new facilities and its location. We have plans to develop hockey for new players, but also to prepare the next generations of national team players.”