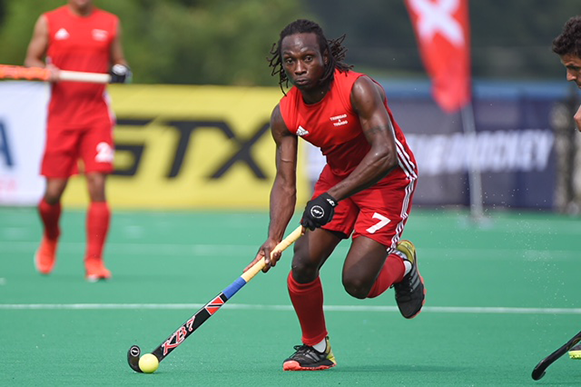 Kwan looks to leave on a high

Kwan Browne is a legend on two continents. In Europe, he is well known as both a player and coach. He currently coaches one of the top teams in England, Hampstead and Westminster, and is also part of the England and Great Britain men’s coaching staff.

But it is in his home nation of Trinidad and Tobago that Browne takes on ‘legend’ status, where he has played for the national team since he was 15 years old.

The 18th Pan American Games in Lima, Peru, will be Browne’s swan song as an international player. He has more than 318 caps to his name currently and, barring injury, he will add to them at this event.

While Trinidad and Tobago have a FIH World ranking of 37 and can not be seen as a potential medal winner in Lima, this has not always been the case. Browne himself has been to the Indoor Hockey World Cup with Trinidad and Tobago and at one point – in the 2007/8 season – the Caribbean island side was ranked 19th in the world. 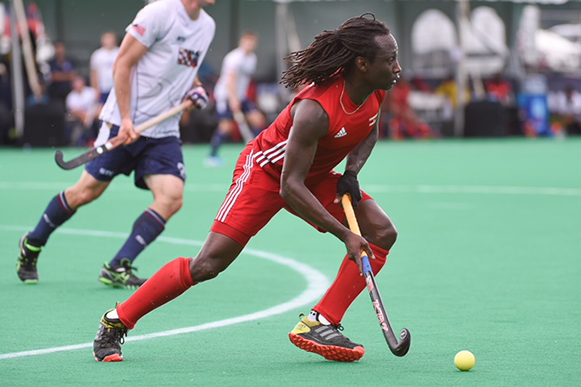 It began with Browne, who was accepted as a law student at the university after he was talent-spotted by an English hockey coach and persuaded to come to England to study and play hockey. Browne was selected for the England training roster as one of 30 players receiving National Lottery funding.

It was at this point that Kwan’s sense of loyalty and integrity made its first noteworthy appearance. He was on the England roster, in receipt of Lottery funding and with a clear opportunity to press for selection with the national team.

But Browne had a different motivation. “I decided that I could do a lot more for the game by playing for Trinidad and bringing players over to the UK. I asked myself: ‘How can I make sure my time in the UK has an impact on hockey in Trinidad and Tobago?”

The next few years provided him with the answer. The university, with Browne on a scholarship and acting as player coach, won the sixth division of BUSA, the annual competition involving all universities and colleges in Great Britain. 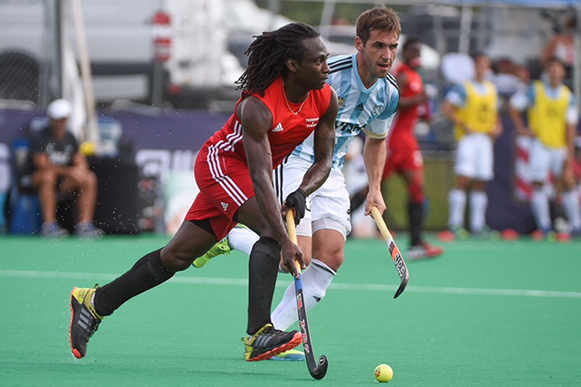 The legacy that this created was a plethora of coaches and players taking all they had learnt in England, both at university and in the club league, back to Trinidad and Tobago. The impact was immediate. Trinidad and Tobago moved to an all-time high of 19th in the world rankings. They also qualified for the 2007 Indoor World Cup.

Unfortunately that momentum has slowed and when he considers the state of hockey in Trinidad and Tobago 12 years on, he says he feels hugely frustrated.

“I can’t tell you how sad it makes me feel that we can’t get a break. Every time a moment comes where we can cash in and qualify for ether the Olympic Games or the World Cup, something happens that stops us achieving our potential. In Trinidad a lot of the players have to work, so we are never in a position where we can take our strongest team to a qualifying tournament.

“For 25 years, we have been trying to qualify for the Olympics and we can never get our best team together for a block of training and competition. We have to find a way that players can get that time. We have a few players in the military who can train when they want. But there are so many other players who have to go to work and can’t make these tournaments.”

The frustration is borne of the fact that, with a little bit of good fortune, Browne knows his team can cut it with the best. One of his own great moments came when the team beat Belgium – currently the world number two team – on a tour of Europe.

As Browne approaches his final international appearance, neutral hockey spectators must surely hope that Trinidad and Tobago can enjoy another moment in the sun.

Trinidad and Tobago men's team will be competing in Pool B against Argentina, Chile and Cuba at the Pan American Games in Lima. The action starts on 29 July