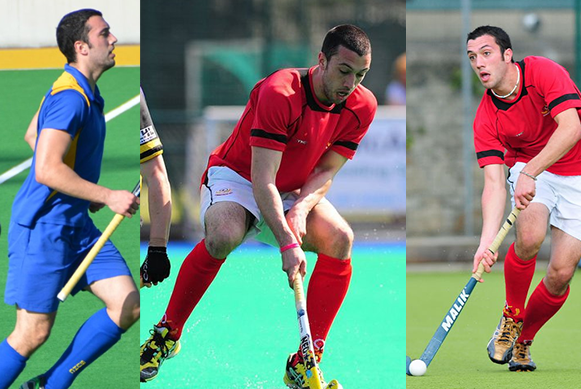 How a sense of team can transcend the sport

“There I was, a fit 24-year-old enjoying life as a hockey player in Australia and 13 days later my leg was amputated just below the knee.”

This monumentally life-changing event took place eight years ago, but Chris Pelow has done nothing but take an upbeat attitude towards the hand that life has dealt him ever since.

As a youngster in Ireland, Chris was a up and coming star of the game. He hailed from a hockey-mad family and says he was carrying a hockey stick from the moment he could walk. While at school he and his team-mates won just about every trophy available for school-level hockey and he was part of the provincial and junior Ireland national team set-up.

Chris played his club hockey at Dublin-based Corinthians but decided, when he had finished his studying, that a few seasons playing hockey in the robust and highly competitive Australian league would be good for his game and a great challenge for him generally.

Outgoing and likeable, Chris was quickly accepted into the Sydney University hockey team and he had a great first season playing in the top Australian hockey league. Training often involved an early morning run along beautiful Bondi beach. He also got a full-time job with an IT recruitment company. Life couldn’t really get much better.

Then, when doing some pre-season training ahead of his second year in Australia, Chris noticed a discomfort in his left foot. It wasn’t too painful and, he says, had he not been training for hockey, he probably would have dismissed it as an irritation.

“Luckily, my team mates referred me to fellow SUHC member, Damien Cunningham, a podiatrist, so I made an appointment to go and see him,” Chris recalls. “He took a look and said, ‘I don’t want to worry you but I think you need an MRI scan.”

The scan results revealed a lump in the foot and Damien was insistent that Chris had the lump investigated.

As luck would have it, another of the Sydney University membership, Sanjeev Gupta, was an orthopaedic surgeon so an appointment was made the very next day. In an unbelievably quick turn around, the fit, healthy and active hockey player was diagnosed with a very rare cancer known as synovial sarcoma.

“All I wanted to be fit and ready for the season,” says Chris, “but Gupta took a look at the scan and said, ‘look, it could be a build up of anything in your body or it could be cancer.”

That conversation took place on a Friday. On Monday Chris was called in for a biopsy and then faced an anxious wait for the results. By the following Monday, he was in hospital undergoing a below-the-knee amputation, necessary to stop the cancer spreading.

“I owe so much to my club mates. If Damien Cunningham  hadn’t acted so quickly then the cancer could have spread. But I also owe a lot to hockey generally, because if I hadn’t been playing sport, I would probably have shrugged it off as a bit of pain in my foot. It wasn’t excruciating or anything, it just felt like I had pulled something.”

The impact of the hockey community on Chris’s life continued post-operation. His parents flew out to be with him and one of his team mates gave his house over to them for the duration of their stay. The team coach Chris Moylan from SUHC took two weeks off work to help him through his rehabilitation. Once Chris was able to move, he was given a position as assistant coach to the Sydney University team.

Once he could, Chris returned home to Ireland for a while. He says the support he received from the hockey community there was also immense. Between them, Sydney University HC, and Corinthians they raised thousands of euro’s to help Chris buy prosthetics that would enable him to live an active life.

Talking to Chris, listeners cannot fail to be astonished at his positivity. But, as he says, “The cancer was caught early and was only in my foot. I didn’t need chemotherapy. And the amputation was below my left knee, which meant I could still walk and run round. It was the end of my international aspirations but on the whole it could have been so much worse.”

Chris returned from Australia three years ago and was able to play hockey for the lower league sides at Corinthians. The only thing that was hard, he says, was watching his younger brother in the Corinthians first team as he would have liked to play alongside him.

Now, eight years on from that fateful forthright and Chris is heading up an Irish branch of The Recruitment Company, the specialist IT agency he worked for while in Sydney. He gives talks to cancer groups about his own story and throughout it all, he never forgets the way the hockey community both in Ireland and Australia stepped up and supported him through the trauma.