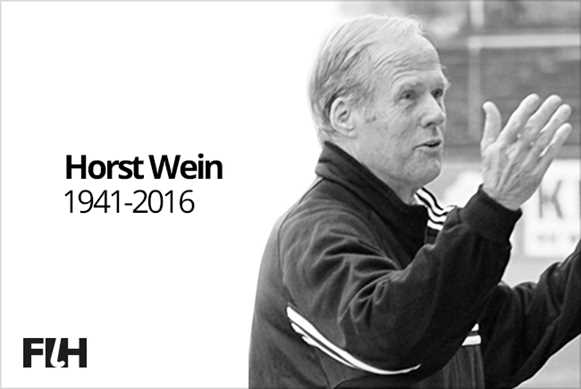 Born in Hanover, Germany in 1941, he was one of the most highly respected global experts in hockey and football development. His skill set also saw him engage with other sports including ice hockey, rugby and basketball as well.

Horst, a former German hockey international with a university degree in Physical Education, became a top coach after his playing career, leading Spain to their first ever European title and an Olympic silver medal.

He was the first to be awarded the title of FIH Master Coach and was also named the coach of the first ever European team for their match with Asia in 1975.

Author of a total of 36 books, Horst’s first book, ‘The Science of Hockey’, has sold more copies than any other hockey book. Additionally, he has majored in the ground-breaking concept of ‘Game Intelligence’ in hockey since 2002, having lectured about this subject around the world.

As well as all of his work for hockey, Horst also worked extensively in football, working with some of the world's most successful teams including FC Barcelona, the Spanish national team and the German Football Federation (Deutscher Fussball Bund,DFB).

During his career, Horst built strong ties with the International Olympic Committee (IOC) where he regularly worked in cooperation with the Olympic Solidarity Committee and was appointed as a Director of the Sports Department of the Organising Committee of the 1972 Olympics in Munich, Germany.

FIH President Leandro Negre, who presented him with a plinth in recognition of his contribution to the worldwide development of hockey last year, spoke of his sadness at losing a good friend. He said: "Horst was a pioneer in the hockey world, developing new techniques for coaching and playing that have shaped the modern game as we know it. His drive and passion for sport was inspiring, no matter where he was and who he was with - people were engaged by his innovative philosophies. To add to that, he was a true gentlemen with great character. He will be a huge loss to the hockey family, however his spirit lives on in all of the great work he has undertaken for the sport. We are all deeply saddened to hear of Horst's death and our thoughts go out to his family and close friends at this extremely difficult time."

The funeral will take place in Sant Gervasi, Barcelona, Spain on Tuesday 16 February at 13.00 GMT.

For more information about Horst Wein, visit his website: horstwein.net