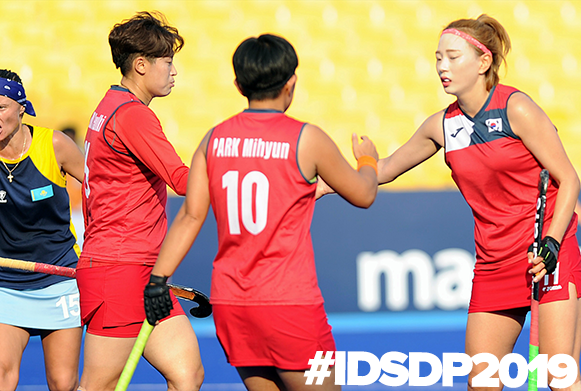 In an exciting move that shows the power of sport to influence a wider agenda, the Asian Hockey Federation (AHF) is one of the organisations currently pushing for a unified Korea women’s team to be part of the Tokyo 2020 Olympic hockey competition.

Tayyab Ikram, who is Chairman of International Relations and Olympic Relations for FIH as well as Chief Executive of the AHF, explains why he feels so passionately that hockey should be playing a leading role in the Unified Korea Project.

“It will truly be an achievement if the world sees a unified Korean team at the Tokyo 2020 Olympics and we are willing to make all such efforts in order to make it possible. Such stories make sports a lot more defining, it makes it emotional and such moments makes the audience fall in love with the power of sport.”

Ikram stresses that the AHF is keen to support hockey’s involvement in all global agendas presented by the International Olympic Committee (IOC). “If it’s about sport and peace, gender equality, whatever the United Nations, UNESCO and the IOC is considering for global agendas, hockey would like to be a part of it,” he says. “It is imperative for us to be seen to be supporting IOC initiatives. Most importantly, it is about peace in the region.” 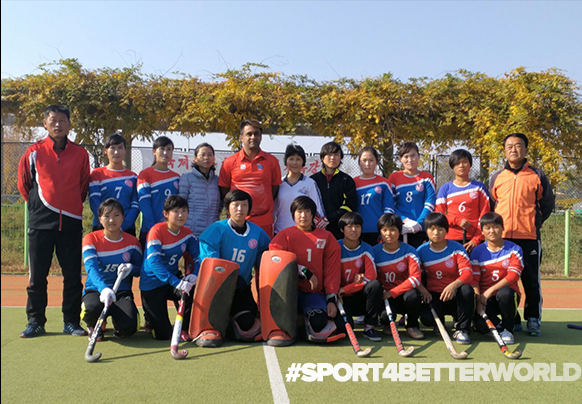 A precedent has already been set at the Winter Olympic Games in PyeongChang, where a unified women’s ice hockey team represented Korea. It was a move that captured the imagination of the world, as well as the approbation of communities in both North and South Korea.

Not only is the move good news for the unification process, it could also help create a new hockey-playing population in North Korea. Ikram agrees: “This will have a positive impact on hockey and for it to be seen as an elite sport. A unified Korea will improve the viewership numbers, it will encourage people to take an interest in the sport and such popularity would help open further venues for hockey in Korea. It will also allow more talent to come through the ranks. This is all good for development and growth of global hockey.

If the unification process goes ahead, both the AHF and the FIH will have important roles to play in supporting hockey development in the region.

Ikram already has his views on the process: “It is extremely important that FIH and AHF guide and support both North and South Korea so they can prepare a unified team without compromising too much on the performance level of the athletes. We don’t want to see a quota system in this scenario. Both FIH and AHF have the planning to support Korea to prepare a unified team.”

For the dream to become a reality, there are a lot of processes to go through. Ikram outlines some of the challenges to be overcome in the next few months. “There is the question of how can we combine the two teams? How many players from each team will participate? This is a selection process and we are already running out of time.”

The solution is obvious to Ikram: “The differences can only be resolved if we provide better and more opportunities for the players to stay together, train together and spend more time together. Both teams would need adjustment and adaptation time for them to present and play like a team.”

And of course, the question of funding will always prove a challenge. Who will find the development programmes, who will be involved, who will be working on the process – these are all part of the larger jigsaw that the AHF is working to resolve.