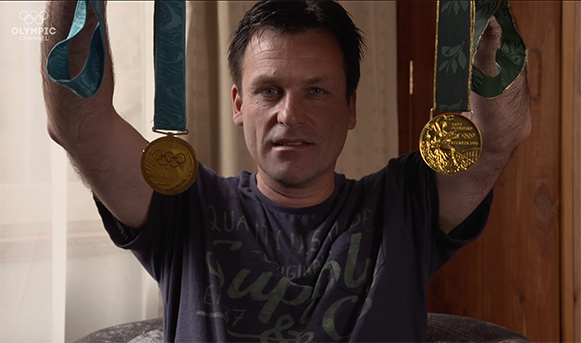 As we continue our series of feature stories marking the original event dates of Tokyo 2020, we take a look at a small selection of the fantastic hockey content that is currently available on The Olympic Channel, the official news and video service of the International Olympic Committee (IOC).

Feature: Dhyan Chand – the hockey wizard who had the world on his stick
Journalist Naveen Peter looks back on the remarkable career and impact of Dhyan Chand, the man who inspired India to Olympic gold medals at the Amsterdam 1928, Los Angeles 1932 and Berlin 1936. Chand mesmerised the world with his silky stickwork, earning him his ‘hockey wizard’ nickname. To read the complete story about this legendary figure of Indian sport, click here.

Podcast: Great Britain’s Kate Richardson-Walsh on a broken jaw and making dreams come true.
Team GB hockey captain Kate Richardson-Walsh had a year from hell in 2014. “I started to ask myself some really big life questions. Why am I here? What is my value?", she said. After breaking her jaw in the first game of the 2012 Olympics, she won a bronze medal on home soil. The quest for an Olympic gold seemed to be impossible after a disappointing performance in the 2014 World Cup. But the team did become champions at Rio 2016. So, how did she make her dreams come true?To listen to Kate Richardson-Walsh’s revealing interview, click here.

As well as the above, there is a great selection of Olympic hockey match highlights available for your viewing pleasure, more of which we will tell you about next week.

You can see an overview of some of the Hockey Channel’s biggest hockey stories by clicking here. To see a complete list of hockey videos and stories on the Olympic channel, please click here.

On this day – 2 August: In addition to the Netherlands men winning gold on this day in 1996, the hockey competitions at London 1948, Los Angeles 1984, Barcelona 1992 and London 2012 were also up and running. Argentina women took a significant stride towards the final of London 2012 by defeating New Zealand 2-1 thanks to a double from Carla Rebecchi, a result which proved crucial in seeing Las Leonas finishing at the top of Pool B ahead of the Black Sticks. Argentina would go on to defeat hosts Great Britain in the semi-final before being beaten to gold by the Netherlands, losing 2-0.