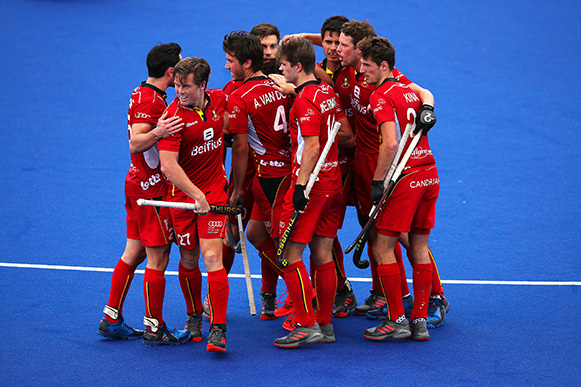 The EuroHockey Championships are now a huge, multi-tiered competition, with 29 men’s teams playing across four divisions and 23 women’s teams competing in three divisions. There is promotion and relegation at stake at each level and the competition to move up a division, or avoid the dreaded drop, is huge.

And, at the pinnacle – the Belfius EuroHockey Championships – one men’s team and one women’s team will secure not just the prestigious title of champions of Europe but also a place at the Tokyo Olympic Games 2020.

The Men’s Championships are wide open, with every team having shown both moments of greatness and occasions of failure in recent months. Belgium (World Ranking:2) were crowned Odisha World Cup winners in December 2018 and subsequently spent several months ranked number one in the world. However, during the FIH Pro League, the Red Lions showed they were fallible as they lost to both Spain (WR:9) and New Zealand over the course of the league, as well as losing out to Australia in the Grand Final.

The reigning EuroHockey Champions, the Netherlands (WR:3), have also enjoyed mixed results in recent months. They were double winners in the Pro League against Belgium, showing immense class and character to beat their neighbours 4-0 and 4-3  over a single weekend. Their – largely high scoring – results in the FIH Pro League showed that while Max Caldas’s men can score lots of goals, they are not always adept at keeping them out.

England (WR:6) competed as Great Britain in the FIH Pro League, an experience that the Scottish and Welsh contingent will take back to their respective teams. Danny Kerry will be looking to continue the growth and progress of recent months and to launch a viable campaign to get Olympic qualification secured in Antwerp. England last won this tournament in 2009 and took bronze in 2017. They are a more self-confident squad than two years ago but there are still question marks over their ability to perform consistently.

Germany (WR:7) has also had a topsy-turvy Pro League. An 8-0 mauling at the hands of Belgium brought back memories of their 6-1 loss to Netherlands in the EuroHockey final in 2015. On their day, the team that has the talent of Mats Grambusch and Florian Fuchs at its disposal is magnificent, but occasionally they have days where nothing seems to go right.

Spain (Wr:9) and Ireland (WR:11) are two dark horses in this competition. They are teams that are capable of pulling off upsets. In 2015 Ireland won bronze after they beat England 4-2. Since then they have gained huge amounts of experience at the 2016 Olympic Games and the 2018 men’s World Cup, but they recently finished second to France in the FIH Series Finals – a match they would have expected to win.

Under Frederic Soyez, Spain have emerged as a fine attacking team that can compete with any of the higher ranked nations. They last won a European medal in 2007 – a silver – and they will be hard pushed to win a medal in Antwerp but, as the only team to beat Australia (3-2 in the Pro League) in recent months, a Red Sticks upset could be on the cards.

The final two contenders are Scotland (WR:21) and Wales (WR:25). They last appeared in this event in 1999 and 2003 respectively. Both teams had good experiences at the recent FIH Series Finals, with Wales causing an upset when they beat much higher-ranked Canada to take a temporary lead at the top of the pool in Malaysia and Scotland losing out to the host nation in France after making it to the semi-finals. Both teams will be looking to gain some valuable rankings points and to take the scalps of their much higher-ranked opponents. 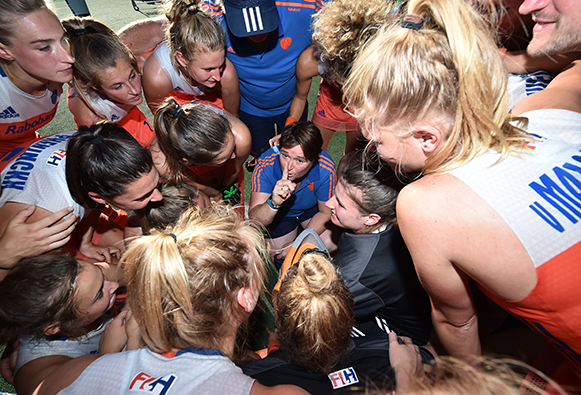 It is difficult to look past the Netherlands (WR:1) in the Women’s Belfius EuroHockey Championships. The world number one side are unbeaten since February, where they lost a FIH Pro League game to Australia.

That said, this is a tournament and upsets are part of what makes for the excitement. And Alyson Annan and her squad know that every other team is dreaming of knocking them off their perch. What the Netherlands bring to the game is a squad that has unbelievable depth of talent. More than 30 players have enjoyed FIH Pro League action since January and all are capable of delivering match-winning performances.

The second highest ranked team is England (WR:4), who last won this event in 2015. Since then, playing as Great Britain, the side has enjoyed the highpoint of an Olympic gold medal, along with the ignominy of a fifth place finish in the Hockey Champions Trophy In November 2018 and eighth out of nine in the FIH Pro League. Head Coach Mark Hager has now been in place for a number of months and will be hoping that his attacking style of play has now married with England’s redoubtable defence.

A team who has the ammunition to take the title is Germany (WR:5). The team ranked fifth in the world has a goal-scoring powerhouse in Charlotte Stapenhorst if she is recovered from injury. They also have the wise captaincy of Janne Muller-Weiland, the goal-scoring talent of Viktoria Huse and the skill and tenacity of Micheel Lena and Anne Schroeder. The key will be keeping the team working as one when the going gets tough.

Spain (WR:7) are a side whose confidence is high at the moment following a strong performance at the FIH Series Finals. The Red Sticks, under the guidance of Ady Locke and his staff, have developed a great team culture which is leading to results on the field. Led by the talented Georgina Oliva, the team benefits from the experience of players such as Lola Riera and the astonishing turn of speed of Begona Garcia.

Two very different teams but two teams equally capable of causing an upset are Ireland (WR:8) and Belgium (WR:9). The Irish proved they are big match players when they swept to silver at the women’s Vitality World Cup and they will be bringing their own ethos of playing attacking hockey, no matter who the opponents. Belgium are no less capable of mixing it with the best. The Red Panthers were the surprise package of the FIH Pro League and they will be a force to be reckoned with in front of their home crowds.

Russia (WR:23) and Belarus (WR:22)are two teams who will be a largely unknown quantity to their higher-ranked rivals. Belarus had a disappointing FIH Series Final event in Valencia as they finished in fifth place. Head Coach Herman Kruis will be looking for more consistency from his players, and the other teams will be looking out for the goal-scoring skills of Krestina Papkova.

Russia has its own goal-scoring machines in the form of Bogdana Sadovia and Dayana Yushkova. But at this event, the emphasis is more likely to be on defensive duties. With Netherlands, Belgium and Spain in their pool, the lowest-ranked team competing in Antwerp will be looking to keep their defence solid and take the scoring opportunities each time they present themselves.

The action starts in Antwerp on 16 August and concludes on 25 August.

*All games will be steamed on www.eurohockeytv.org via an event pass of €9.99 (Geo blocked in Belgium)