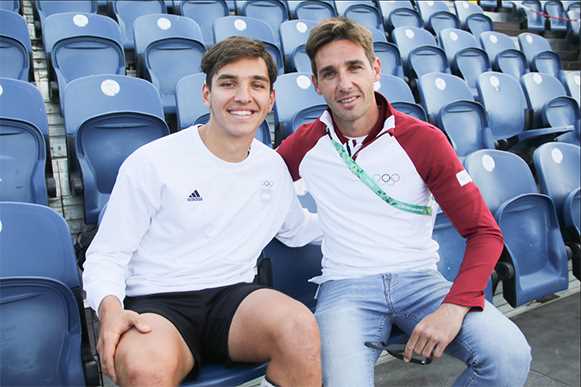 Los Leoncitos beat Malaysia in the fourth match of the group stage and managed to make it to the quarterfinals in what has been a perfect path so far at the 2018 Youth Olympic Games.

The date not only marked one extra step forward for the Argentine national team, but also set a meeting point for Lizandro Zago, Argentina’s captain, and his godfather, Matias Paredes, a player on the Los Leones, Olympic champion at Rio 2016 and an athlete role model for Buenos Aires 2018.

While Paredes has been accompanying the boys since the start of the competition, now he also wanted to talk about the things that unite them: the godfather-godson relationship as well as Olympism.

"It makes me envious, in a healthy way obviously, to see that the kids are playing here in Buenos Aires. I would have loved to have had a Youth Olympic Games, but I’m enjoying it from another side," said Paredes, owner of the Los Leones coveted No. 10 shirt.

As an athlete role model chosen by the International Olympic Committee, Paredes pointed out that "these Games are the first step as an athlete, a dream, especially for amateurs or semi-professionals. This experience needs to motivate them to keep on working. I hope that many of them end up playing for Los Leones. This is a great springboard for their careers.” 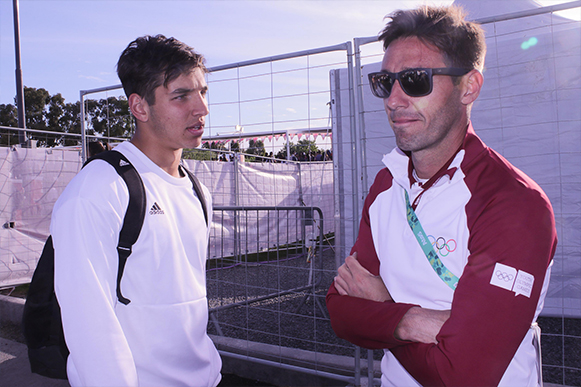 In addition to their passion for hockey and the fact that they are playing in the same club (Ducilo de Berazategui), Paredes and Zago are united by the godfather-godson tie. Both also know the experience of living in an Olympic Village. Paredes experienced it in the near past, Zago is experiencing it now.

While they posed for pictures after the game against Malaysia that Zago could not play in because of a sprain, they highlighted the strong link they have.

"I get along with Mati very well. He is my godfather, but besides that, he is a friend. We always see each other at the club, at the CeNARD (National Center of High Performance Athletics) when we train with the teams. We share many moments together,” Zago said.

Paredes, on the other hand, described how the relationship came to be: “I am very close to Lichu’s father (Hernan, one of the coaches of Las Leoncitas at Buenos Aires 2018). We used to go on vacation with his family and when he was born he chose me as the godfather. So I've known him since he was born and I held him in my arms. Seeing him playing now is amazing, he’s so big. Seeing him in this tournament gives me a lot of joy, it moves me a lot.” 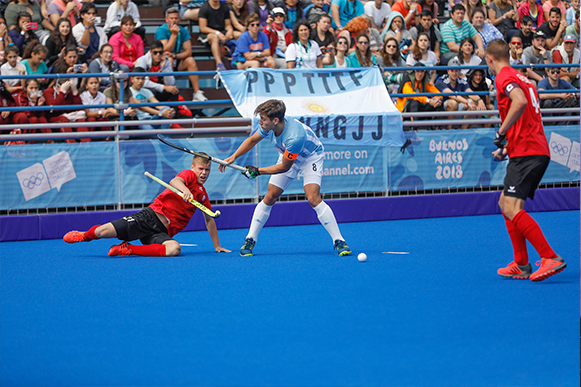 Lisandro Zago has lead the Argentine team to four straight victories in the preliminary round. (Photo: Lucas Valerga/Buenos Aires 2018)

Paredes’ own path in hockey, in turn, has inspired his godson to train harder.

“To make it to Los Leones would be a dream, something unbelievable that I deeply desire, but we must continue training and giving everything for the team. To be like Mati would be impossible because he is unique. He is a great one,” the junior captain said.

In regard to his team at Buenos Aires 2018 Zago said: "We are very united, well trained and very strong in our game. We have to continue match by match and giving our best."

Paredes agreed: "I want them to win a medal for our country".

The same sport. The same passion. An unbreakable bond and Olympism running through their veins. Matias Paredes and Lisandro Zago.

Click here for the full schedule of the hockey5s at 2018 Youth Olympic Games.