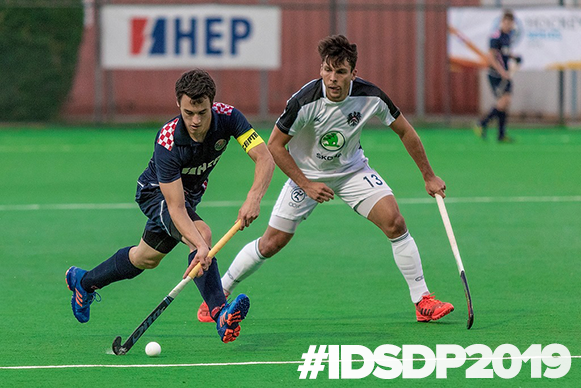 Friends and neighbours work together to develop hockey

The European Hockey Federation (EHF) has a brief to promote and develop hockey across Europe and, with a membership that covers 43 European nations, the continental federation is living up to its aims.

But, as with any continent, there are some regions that are more developed than others. Look to the northern hockey powerhouses of Netherlands, Belgium, Germany and Great Britain and you see structures within those countries that are well resourced. Move further east and the nations of Austria, Italy and Poland are making their way steadily up the FIH World Rankings into the top 20.

Until recently, one area that was still to really show its power as far as hockey development was concerned was the region geographically and politically defined as the Balkans. Stretching from the Adriatic Sea to the Black Sea, part of the region was the setting for the Yugoslav Wars that took place between 1991 and 2001. The wars led to the breakup of the former Yugoslavia over the course of the last decade of the 20th century.

Following the end of the wars, newly formed states then took time to settle and return to a peaceful way of life. But, as historians and sporting aficionados know, sport is often the informal way that a country repairs itself and so it was in the Balkans. Over time we saw football teams, tennis players, basketball teams and a host of other sporting heroes emerge from the region, proudly representing their country.

And so it was with hockey. The sport has a rich history within this region and recently there has been much more growth in support and recognition from National Olympic Committees and governments.

In November 2017, the Serbian Hockey Federation hosted a regional EHF forum in Jagodina inviting all Hockey Federations to meet and discuss with the EHF how to develop competitions, coaching and youth leadership.

The result has been new nations emerging on the international hockey scene. Croatia men (WR:40) and Croatia women (WR:45) are the leaders among the Balkan states. Slovenia men (WR:73) and women (WR:53) follow.

“Seminars have a great role in fulfilling that plan, recruiting new coaches and umpires is a prerequisite to improve the present state of hockey in Serbia as the shortage of man power has become obvious.”
- Zoran Matijevic, Secretary General, Serbian Hockey Association

Such has been the level of development, that the indoor game is thriving in some of the Balkan states. In February, Serbia – who are currently celebrating 70 years of club hockey in the country – played host to the women’s EuroHockey Indoor Club Challenge III, while the men’s Indoor Club Trophy was contested in Croatia.

Serbia, Turkey, Croatia and Bulgaria have all had successful coaching nominations onto the EHF Coaches 4 Europe programme, which delivers an extensive curriculum over a two year programme, linked closely to the FIH Academy.

Furthermore, the Serbian Hockey Federation have a nominated young female leader on the EHF Youth Panel. The Youth Panel will be helping run the EHF Youth Festival this summer, which has included nominations from across many of the Balkan nations.

Zoran Matijevic, Secretary General of the Serbian Hockey Association (SHA) is pleased to see hockey once more in the limelight.

Matijevic explains that one of the targets of the SHA development strategy is to increase the number and quality of coaches within the club structure.

“Seminars have a great role in fulfilling that plan,” says Matijevic. “Recruiting new coaches and umpires is a prerequisite to improve the present state of hockey in Serbia as the shortage of man power has become obvious.” 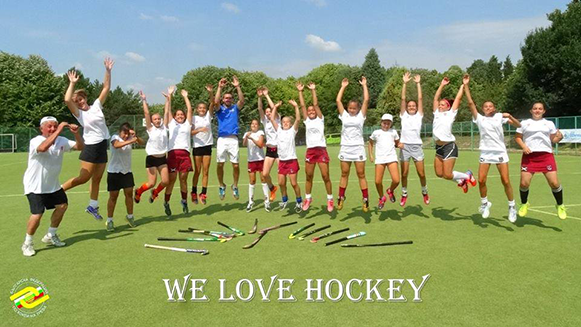 Serbia's Bojana Stankovic will be participating on the EHF's Coaches 4 Europe programme. Matijevic sees this as an extremely important means by which Serbia can begin to develop a structured and concrete plan for coaching/umpiring education, eventually leading to  sustainable education programmes.

A further step forward was achieved recently when a young development officer, Ivet Stojanovic, was accepted onto the EHF Youth Leaders panel. From here, says Matijevic, the next step is to form a development committee, “which will gather all of the young experts to work on the challenges Serbian Hockey is meeting.”

Meanwhile, neighbouring Croatia was in a position to host one of the inaugural Hockey Series Open events, with five men’s teams participating at the competition in Zagreb. Croatia finished in third place, just missing out on a qualifying slot for the FIH Series Finals. But, Croatia proved itself as both a competitive nation – beating Switzerland and Slovakia – and, perhaps more importantly in terms of development, as a nation that can host major international competition.

Also pushing forwards as a progressive hockey nation is Slovenia, who will be hosting the EuroHockey Championship III at Lipovci in July. Slovenia have recently started working with their ministry for Sport and the EHF to grow a coach education pathway in the country using the expertise of FIH Academy Educators through the EHF programme Supporting National Growth.

And the future is looking bright for the region’s youngsters who are coming into the game. Croatia will be fielding teams in the U16 EuroHockey Championships Boys and Girls Hockey5s.

“Learning from advanced hockey nations like the Netherlands and Germany, will prove invaluable in developing the methodological, technical and cultural aspects of hockey in Bulgaria.”
- Davina Petkova, International Relations Officer, Bulgarian Hockey Federation

There will also be Croatian teams in the men’s and women’s EuroHockey Championship III, where they will be joined by Slovenia.

Bulgaria and Croatia applied for the EHF & KNHB twinning programme in 2017 linking them with major Dutch clubs Athena and Oosterbeek respectively. This collaboration continues in 2019 with exchangesbetween clubs and federations allowing room to share knowledge and grow hockey within the federations including new clubs and growth in coaching levels.

“Hockey development in Bulgaria began in the early 1990s,” she says. “There have been three main strands of development over this short period of time: clubs, regional structures and a system of regional tournaments and national championships catering for players from from 10 years to seniors.”

"I have seen all the developments that have taken place in the different parts of the Balkans, I praise the work done by very strong people who really want to make a difference; to make playing hockey possible."
- Marijke Fleuren, President, EHF

Petkova is excited by the potential for further development offered by the EHF and KNHB twinning programme.

“Learning from advanced hockey nations like the Netherlands and Germany, will prove invaluable in developing the methodological, technical and cultural aspects of hockey in Bulgaria.”

The project started three years ago when a group of young players and their coaches visited the Netherlands for training camps. During these camps, reports Petkova, Athena's coaches shared their views on training methodologies and motivating young players. The Bulgarian participants in the project got to experience the renowned Dutch club culture and the chance to talk through the difficulties facing hockey in Bulgaria with their Dutch counterparts.

Re-building society after a region suffers enormous upheaval is a long, slow process but it is often accelerated through the communality of sport. You see the continued growth in Turkish Federation with hockey pitches and something the EHF is working hard on together with the FIH is the ability to offer sustainable pitch growth for all nations.

The development and progress is something that resonates with EHF President Marijke Fleuren: "I have seen all the developments that have taken place in the different parts of the Balkans, I praise the work done by very strong people who really want to make a difference; to make playing hockey possible."

“We at EHF cherish the good relations we have with all of them. We notice, that at the moment, the costs of an artificial pitch are really a worry for them, and it hinders the growth of the game significantly. Both EHF and FIH have to work on a solution together to help them with this problem.”