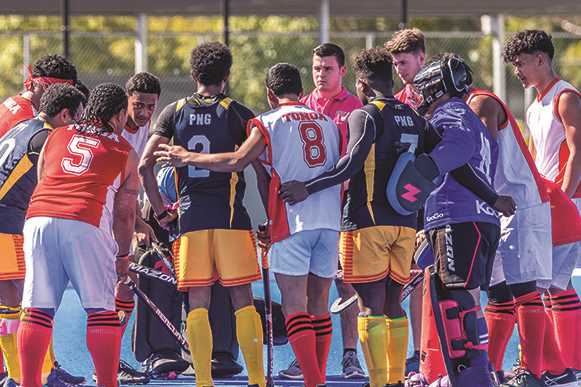 Food for thought at Oceania Hockey5s

Making sure athletes are eating nutritious and well-balanced food is an absolute must for the support staff of all elite hockey teams. The demands of playing intense, fast-paced matches and the physicality of the training sessions really burn up the calories.

So when the squads from the Solomon Islands, Tonga and Papua New Guinea turned up in Rockhampton, Queensland, for the recent Oceania Hockey Federation’s Hockey5s tournament, they were delighted to find the local community had come together to make sure all their dietary needs were met.

The financial burden of travelling from the Pacific Islands to the Australia mainland is huge and can be a large factor in whether teams participate in international competitions or not. The Oceania Hockey5s tournament is a unique opportunity for the teams to play international hockey on a top quality pitch – both factors that will determine how a nation develops its hockey performance.

But, once the cost of getting the squad and their equipment to a venue and the cost of accommodation for the duration of the tournament is all taken into account, there is very little left for food and drink.

Recognising the problem facing the teams, hockey volunteers who were working at both the Hockey5s and the Oceania Cup, called round the local community and soon the food was pouring in. 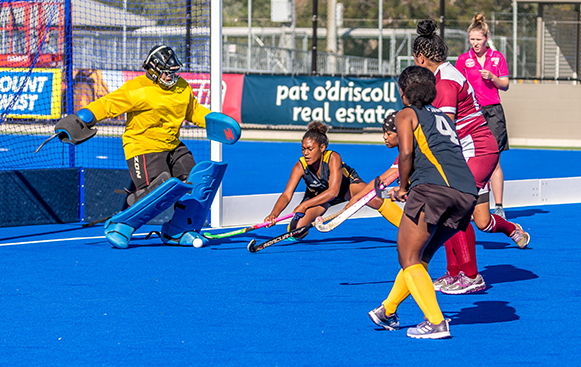 One member of the hockey volunteering team was Wendy Kemp. In an interview with ABC News, she said: “We put out a call to the families of Rocky hockey and we’ve been inundated with food.

“We’ve had fruit, vegetables, bread and some meat, so we are providing the very best we can.”

Along with many of her colleagues, Wendy said her eyes had been opened to the challenges facing the national associations as they strove to increase playing opportunities for their players.

Captain of the Solomon Islands women’s team is Indere Howell. Her team finished second in the Hockey5s tournament and it was, she said, an amazing experience. “Watching the matches between Australia and New Zealand [in Oceania Cup] was really motivating and inspiring. It is something we want to share with the hockey community back home.”

Running the Oceania Hockey5s competition alongside the Oceania Cup is a means to help more nations take up the sport.

Honorary Secretary general of the Oceania Hockey Federation Bob Claxton said: “Hockey5s means national associations only have to bring nine players not 18 but even with that, largely they can only afford to go to one hockey tournament a year.

“The introduction of Hockey Fives had helped more countries take up the sport and compete in higher level tournaments. The Solomon Islands have now got 2,000-plus players where two or three years ago hockey was very very small," he said.