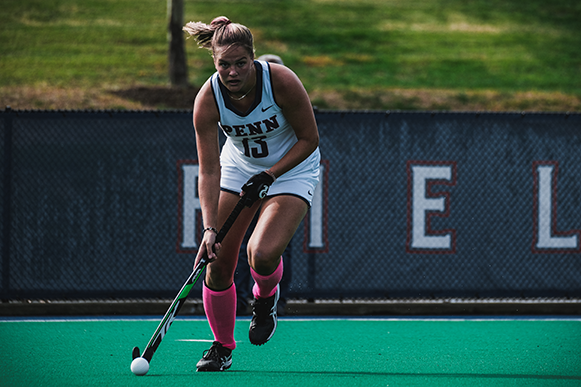 Flexibility and adaptability are key learning points for schools and colleges

Over the past few weeks national teams have been gradually making their way back to a semblance of training, albeit with strict hygiene practices in place to ensure everyone stays safe in the wake of the Covid-19 pandemic.

Restricting the number of players on each section of the pitch, ensuring that hands are washed regularly, non-use of changing facilities and the wearing of masks by coaching staff are among the many measures being taken by national associations to ensure a safe return to training and eventually competition.

But what about the grass roots game? How are schools and colleges getting their students back onto the field of play?

In the USA, hockey is largely the preserve of the colleges and these provide a strong base to feed the national team, so getting those athletes back on the field is not just important for the student’s progress but for the national team’s future as well. However, with the news that there will be no competitive college hockey until at least the spring term, coaches are feeling the strain as they work hard to keep students in touch with the sport.

It is a similar conundrum in high schools. In an interview with the sporting website Record-Journal, Stephanie Lavado-Berghorn, head coach to Lyman Hall, a high school in Connecticut, explains how she is running practices that aim to work on skills, keep the students motivated but, also keeps them safe.

“I’m trying to stay upbeat with everything going on right now. I don’t want the girls to suffer for something we can’t control,” says Lavado-Berghorn. “We are trying anything we can do to give the girls a great experience this year.”

The Connecticut Interscholastic Athletic Conference sets policy for the high school sports scene and it has ruled that hockey teams can start non-contact training sessions in groups of no more than 10. The players have to wear masks and sanitise hands regularly.

The Connecticut coach is facing the same challenge as coaches all over the world: how do you make drills that don’t eventually become boring? She separates the cohort into three groups and sets them creative challenges that test their stick skills, but, she says, the players just want to get back to competing.

Over at University of Penn, the college team has missed out on a hockey trip to Spain, but, says head coach Colleen Fink, the team are not focusing on what they have missed but rather what they can still do.

“Back at the beginning of this [pandemic], we all had to shift gears so quickly, and adapt and adjust,” says Fink.” And honestly, I thought our team did an incredible job navigating that transition both from a field hockey standpoint and an academic standpoint. I was really impressed with their character and their willingness to keep their eyes forward instead of dwelling on the past.”

For their part, the team worked hard to ensure they stayed in contact at the height of lockdown. Zoom calls, online games nights, book club and guest speakers were all employed to help the team members stay engaged no matter how far they were from campus.

One feature of the US college system is player recruitment. This is usually carried out in person, with a prospective athlete visiting the campus and meeting the coach and senior players. This year, recruitment has been carried out via video chats and voice calls. A virtual open day gave new recruits a virtual tour of the campus, which was very well received, says Fink.

Across the high school and college hockey scene in the US, coaches and players are working hard and creatively to make sure that, no matter how delayed and short the season, they get as much from it as possible.