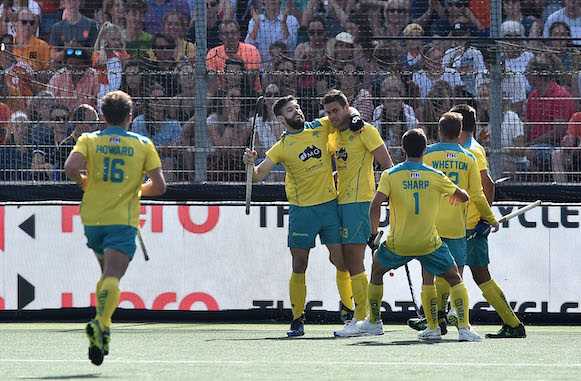 Lausanne, Switzerland: With the FIH Hockey Pro League 2020 currently on hold due to the ongoing COVID-19 global health crisis, the FIH took the opportunity to celebrate the inaugural winners of the competition that took place in 2019.

Exactly one year ago on Monday 29th June, the Netherlands women became the first ever FIH Hockey Pro League champions, with the dazzling Dutch team lifting the trophy on home soil at the Wagener Stadium in Amstelveen after a shoot-out victory against Australia in the competition final. To mark the occasion, FIH hosted an Instagram Live interview with Netherlands head coach Alyson Annan, who gave her thoughts on key games during the title-winning campaign that ran from January to June 2019.

Annan – who as a player with Australia won two Olympic gold medals (Atlanta 1996, Sydney 2000), two World Cup titles (1994, 1998) and was twice named FIH Player of the Year (1998, 2000), scoring 166 goals in 228 appearances – discussed how the reigning world champions put together a 15-match winning streak to claim the title. Annan praised the battling qualities shown by her team in their narrow victories against New Zealand (3-2 – Den Bosch, NED), Great Britain (0-1 – London, ENG), Argentina (2-1 – Kampong, NED) and in the tournament semi-final against Germany, where late goals from Frederique Matla and Lidewij Welten gave the Dutch a 2-1 win after Germany had led for the vast majority of the contest.

“I selected the [New Zealand] game because it showed the mindset of the players. I don’t think we played well the whole time in the Pro League, I think at times we struggled because we had different teams”, said Annan, who used a total of 33 different players during the 2019 campaign, in an interview that was unfortunately cut short due to technical difficulties. “The mindset of the players, they continued going until the very end. Being 2-0 up, we gave away two goals – I think we had only one game in the [regular] Pro League season where we had two goals scored against us, and that was it.”

Tuesday 30th June marked the one-year anniversary of Australia men’s glorious FIH Hockey Pro League title success, where a hard-fought 3-2 triumph over reigning world champions Belgium in the tournament final gave them the trophy. Australia striker Blake Govers – who finished top of the Pro League scoring charts with 12 goals, including one in the final – took part in an Instagram Live chat with the FIH, reflecting on some of his personal highlights of the Kookaburras’ road to glory.

The prolific 23-year-old, who has scored 85 goals in 98 appearances for his country, assessed the campaign as a whole before highlighting four matches, all played away from home, that left a big impression on him. The first was the Kookaburras’ 4-3 win against New Zealand which was played in Auckland on Anzac Day, a national day of remembrance observed by both countries in recognition of Australians and New Zealanders who served and died in conflicts and peacekeeping operations. He also highlighted his team’s excellent away victories against Belgium (0-2) in Antwerp and the Netherlands (1-4) in Amstelveen, with Govers scoring twice in both matches as Australia gained terrific momentum in the lead-up to the FIH Hockey Pro League Grand Final competition at the Wagener Stadium. A 6-1 semi-final win over Great Britain set up a clash against the Red Lions, where Australia powered into a 3-0 half time lead before holding off a brilliant Belgian fightback to claim the title with a 3-2 victory.

Reflecting on the pulsating final, Govers said: “It was a great match, an amazing atmosphere. It was really good to put up a performance. It was one of those games that I look back on and wished I was in the stands watching as well! I like good hockey and a great atmosphere, and it was an awesome match.

“The Pro League is a very exciting competition. It’s a shame that things aren't really working out this year [due to COVID-19], of course, but we are really looking forward to getting back into the Pro League and taking hockey back around the world again [when it resumes].”